Tickets for the September ride go on sale in January. 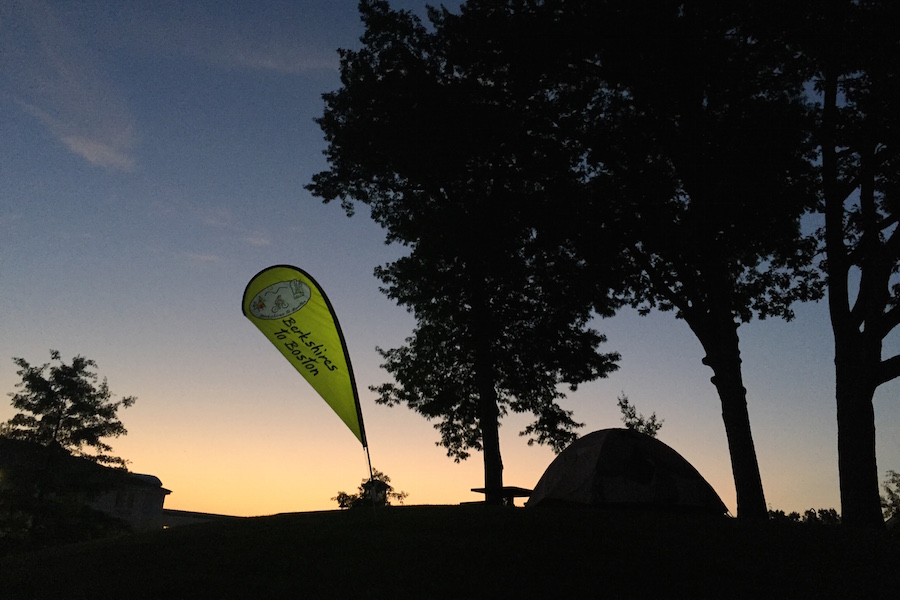 Many cyclists choose to camp outdoors during the Berkshires to Boston tour. / Photo by Lee Toma provided

Berkshires to Boston, a 240-plus-mile bike tour that crosses the Bay State, will hold its last ride in 2018.

The race, organized by Gary and Maureen Briere, the married couple behind River’s Edge Cycling, will be the final iteration of an event that began in 2013, but went on hiatus last year. In part, it’s because Gary Briere says he’s reached a point where he’s ready to focus on shorter rides.

“As I approach my 65th year and my wife prepares to retire and we see grandchildren on the horizon,” he explains, “it’s like, ‘Hmm, maybe I should be thinking about a path that still allows me to do what I absolutely love and what I’m really good at—which is leading these tours—but to do it in a way that allows for more balance in our lives and accommodates what we envision as a changing family landscape over the next few years.”

The tour takes place over four days every September and has in prior years boasted upwards of 150 riders who make pit stops of small Massachusetts communities between hundreds of miles of bike riding.

In 2018, the tour will kick off at Hancock Shaker Village in Pittsfield on Wednesday, September 12. Cyclists have the option for a 23-mile “Wednesday Warm-Up” that loops to West Stockbridge before returning to Pittsfield. On Thursday, Berkshires to Boston begins in earnest, as cyclists ride from Hancock Shaker Village to Sunderland, where the Brieres and River’s Edge Cycling are based. Friday is the most difficult riding day: 79 miles up out of the Connecticut River Valley and across a plateau toward Devens.

On Saturday, cyclists coast downhill for a little less than 50 miles between Devens and Boston. Berkshires to Boston ends by dovetailing with Hub on Wheels, Boston’s annual citywide ride.

Berkshires to Boston has, in its five years of operation, attracted a loyal base of devoted long-distance bikers who loved the ride for its sights, Briere’s keen organizational skills, and the sense of camaraderie. One of those is Ellen Gugel, a 58-year-old Westborough resident who biked Berkshires to Boston in 2013 and 2015.

“Gary [Briere] is a wonderful, wonderful organizer,” Gugel says. “Nothing ruffles him. And he’s tour director, right—his personality is just not what you would think of. He really goes out of his way to make everybody comfortable and accommodated.”

But it’s not just the personalities behind the race drawing participants in—it’s also, obviously, a great way to take in some of the state’s best sights, and Gugel particularly notes the ride’s auspicious timing, with fall foliage beginning to turn in the Berkshires in September. 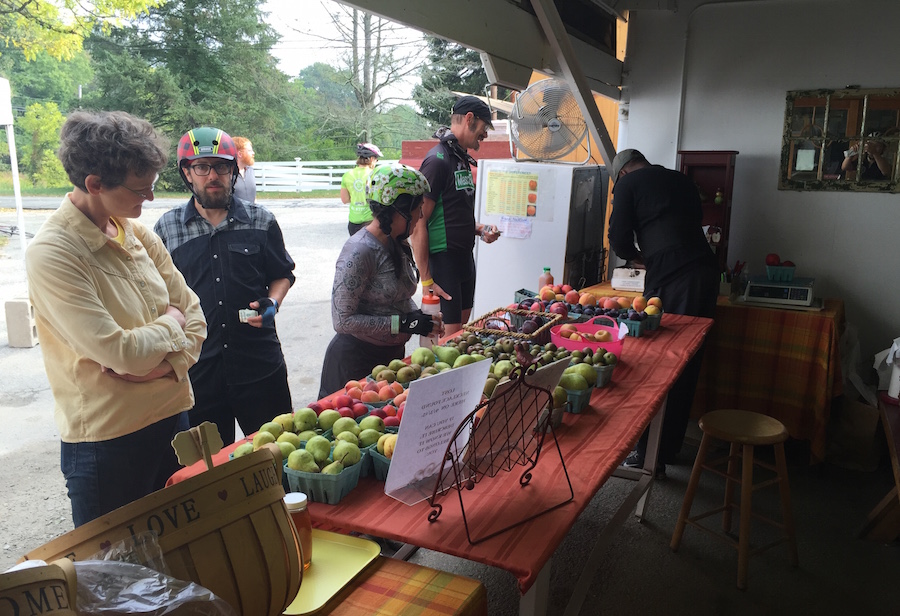 This year, Briere estimates that enrollment will probably peak at around 200 riders, after a steady climb from about 90 cyclists in 2013.

“It’s gone through a number of evolutions, but the route has not changed and many of the partners have not changed, because it really is such a special route across Massachusetts,” Briere says. “Honestly, we’ve been unable to really identify ways to cross the state by bicycle that allow you the quality of the road experience and the quality of the communities we’re staying in each day.”

The race is very much a family affair, with the Brieres’ siblings and children—and their families—helping out. It’s that same family-oriented aspect, however, that leads River’s Edge Cycling to bring Berkshires to Boston to a close. In 2016, Briere put the cross-state tour in hiatus, instead focusing on organizing several smaller rides that he says give him greater flexibility. 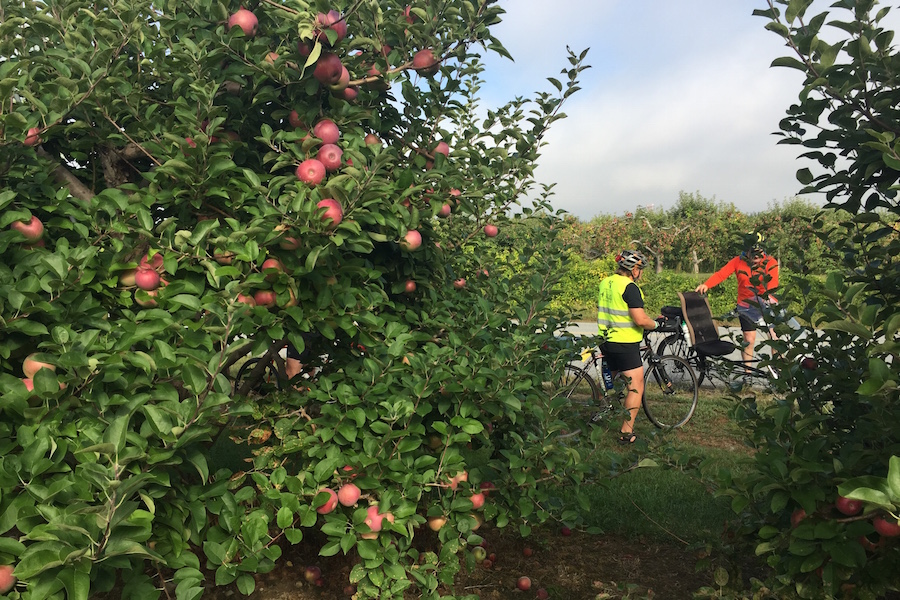 Berkshires to Boston’s 2018 “sunset” tour will officially close out the event.

Jamaica Plain cyclist Todd Consentino, 44, has biked every Berkshires to Boston tour but one.

“I made at least a dozen friends on that ride who I still hang out with now, who I never would have met had I not done it,” Consentino says. “It’s very much a family. Everyone is included. People go out of their way if they see someone who’s off by themselves and integrate them into their group.”

Briere says organizing and riding Berkshires to Boston has been “unbelievable.” He hopes that many riders will return to smaller tours throughout the year, where River’s Edge Cycling will direct its focus. Tickets for the ride go on sale at 8 a.m. on New Year’s Day at berkshirestoboston.com.

“Do it while you can. It took a lot to get this ride going,” Consentino says. “Who knows if you’ll have a chance to do this again with a huge group of friendly people?” 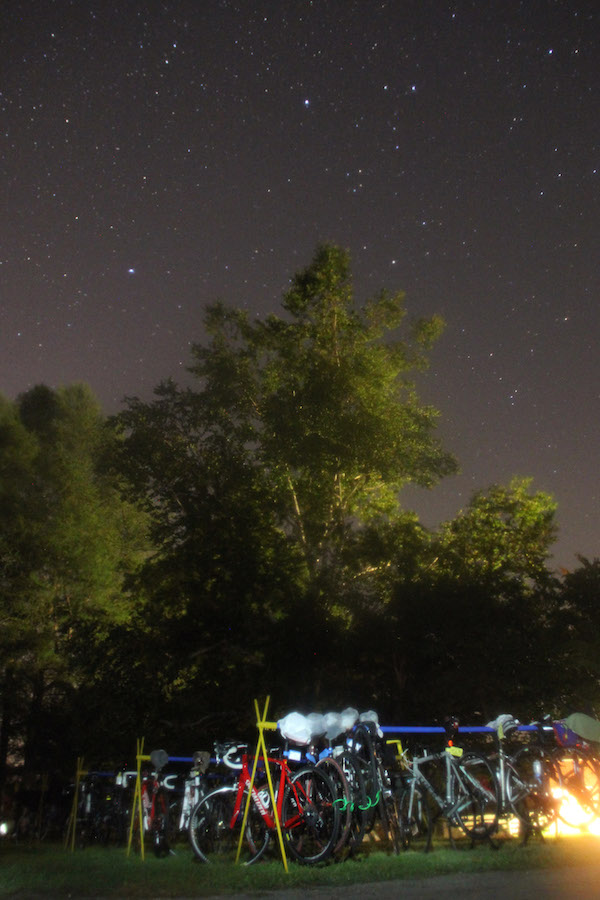