How the Nor’easters Have Affected Boston Marathon Runners

The big race is less than five weeks away, and athletes are confronting an unpredictable foe: Mother Nature. 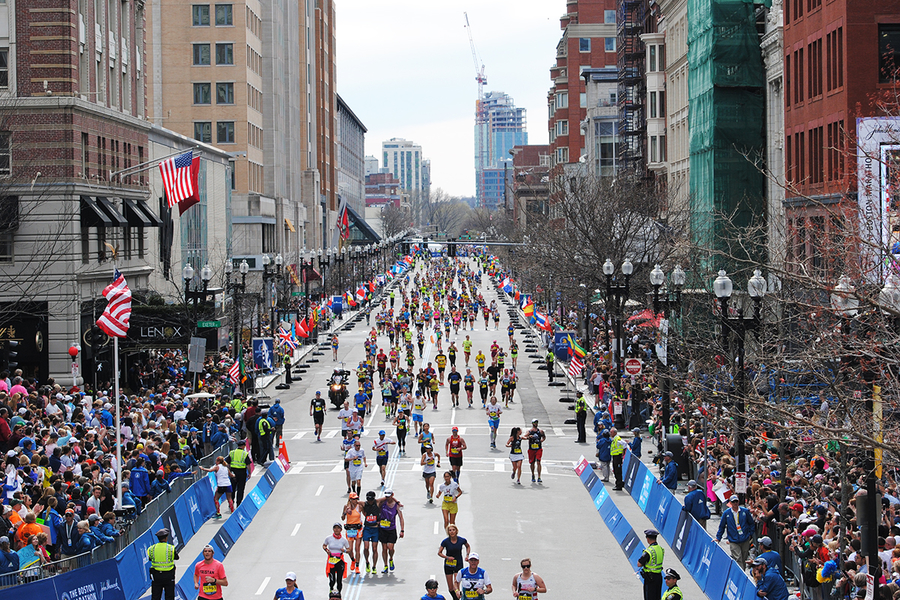 The U.S. Postal Service promises “neither snow nor rain nor heat nor gloom of night” will prevent its couriers from finishing their routes. The same, perhaps, could be said about Boston Marathon runners.

Despite the trio of nor’easters that has pummeled Massachusetts over the last two weeks, athletes preparing for April’s big race say they’re not letting a little weather get in their way—especially not at this crucial point in the training calendar.

“I’m tired of basing track workouts and runs around the New England weather. It can be brutal,” says Becca Pizzi, who is gearing up for her 18th Boston Marathon and recently ran seven marathons on seven continents. “[But] in Boston on Patriots Day, on Marathon Monday, you have to be fully prepared to run in anything.”

With fewer than five weeks until the marathon, this is prime training time for runners. Most athletes are reaching a peak point in their workout regimens and are covering at least 20 miles in their long runs, Michael McGrane, the running club coach for Boston Athletic Association, says. Running such long distances on a treadmill can be both physically and mentally exhausting, and mimicking the elevation changes of the actual course is crucial for athletes so close to race day. But adverse weather can render outdoor workouts dangerous, throwing training schedules into flux and forcing runners to think differently about their preparation. It can throw off people’s mindset, too, especially if they’re beholden to a constant routine.

“It’s maybe more of a mental challenge,” McGrane says. “When you miss a workout, you feel like you’ve missed an opportunity to improve. … [But] when you look at the big picture, a couple of workouts won’t change the outcome of your race. It’s very difficult to get through a Boston Marathon training without some hiccups.”

And the weather hasn’t been all bad for runners. Though McGrane says his club has had to adjust because of the storms, the really bad weather this winter has come during the week, so longer weekend runs have remained stable. And at the end of the day, missing a workout here or there isn’t the end of the world. McGrane says that being forced inside can give runners a chance to focus on other areas of fitness like core strength and flexibility, which sometimes get tabled by athletes looking to rack up their running miles.

Training in adverse weather requires runners to take extra precautions. McGrane, who has run 17 Boston Marathons, says athletes should look to avoid injury and stay safe by modifying their workouts and completing them at a lower intensity. Pizzi also recommends runners dress in layers and pay extra attention to hydration in the cold.

Race day itself surely isn’t immune to random acts of Mother Nature, either. McGrane recalled running the race in a nor’easter one year, and both he and Pizzi remembered the infamous 2012 marathon, which took place in 90-degree heat. The weather in New England in March and April can be unpredictable to say the least, and Pizzi advises athletes go over their race-day routines in advance, while also acknowledging that some things are completely out of their control.