In celebration of Earth Day, the studio hopes to cut back on plastic with their #SlashOutWaste campaign. 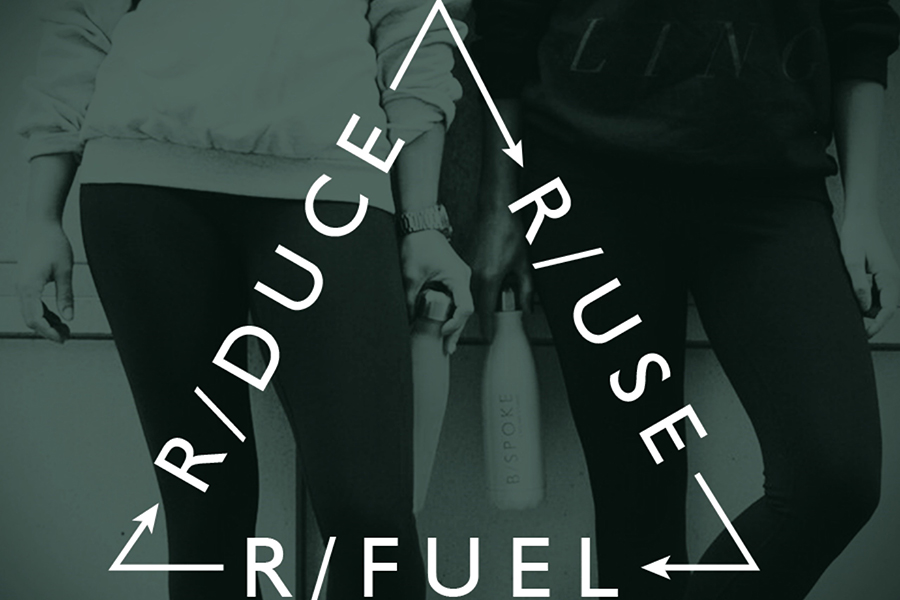 From recycling bins to compost to re-usable grocery bags, we all try to do our part to clean up the planet. Going green isn’t anything new, but for the fitness industry, it comes with a little more pushback. B/SPOKE co-founder Mark Partin says the industry faces major issues responding to the global environmental crisis, as studios hinge on providing water, plastic bags for sweaty clothes, and endless loads of laundry to keep up with the towel demand. They’re not the greenest of places—unless they make an effort to be. B/SPOKE studios is making that effort this Earth Day, or rather, for the entire month of April, with their #SlashOutWaste Campaign.

“We’re hoping to create some positive traction with our clients,” Partin says. “When we first started offering free single-use plastic water bottles, not only would people take one for their workout, but they’d take another on their way out the door—tossing the previous one in the trash.”

Partin says they’ve always wanted to provide everything for their clients, who are often young professionals running around the city, too busy to remember to pack a water bottle or a pair of shoes (we certainly know the feeling). “By providing those things for them,” he says, “all our clients have to do is show up.”

But he still wanted to do something to cut back on the company’s waste. When B/SPOKE started charging $1 for their plastic water bottles a few months ago, Partin says people were a lot less likely to take them, and he is hopeful the trend will continue by raising the price for the campaign. Which isn’t to say B/SPOKE is depriving people of a vital life source after a tough workout: They have a water purifier re-fill station readily accessible to visitors.

“Now, with this campaign, we’re hoping we can continue these efforts past the month of April,” he says. “It becomes an easy decision when a reusable water bottle is $5 and a plastic single-use water bottle is $3.”

The studio is also actively trying to replace their plastic bags for sweaty clothes with a reusable water proof bag and will be hosting a clothing drive for Rosie’s Place until April 15 as part of the campaign.

“We do think that it’s a studio owner’s responsibility to reassess and figure out what’s the best solution for everyone, including the environment,” Partin says. “Hopefully other studios will follow suit.”