Knockout North End comes from the owner and instructor who brought you Ride North End. 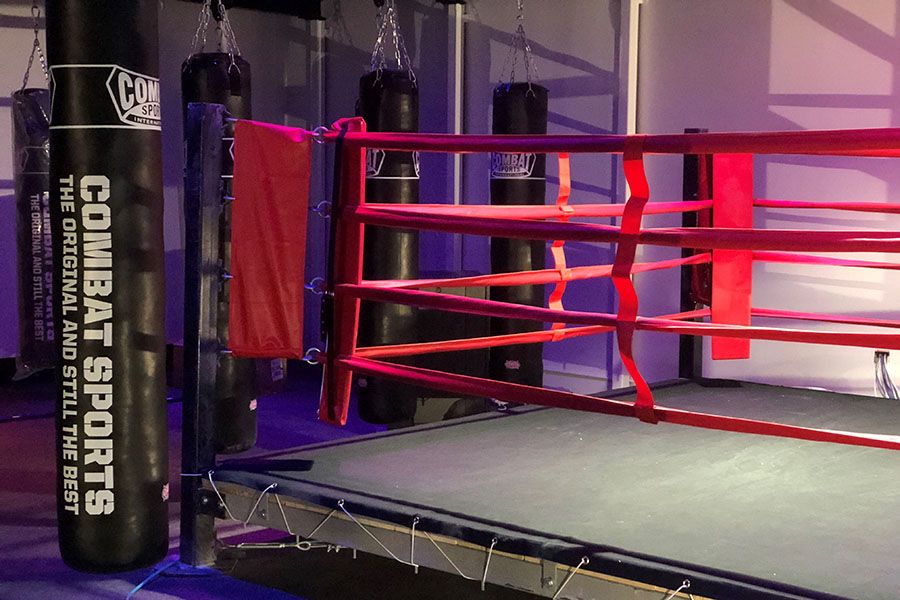 When Melina DiPaola doesn’t see something in the fitness space she likes, or wants, she goes out and creates it. In an overly saturated boxing market in the Boston area, she says she wanted to create a boxing studio that allows clients to escape what’s going on outside and focus only on the bag in front of them—getting lost in the music and their own movement.

The resulting studio, Knockout North End, is set to open in early May. With 30 heavy punching bags hanging from the ceiling, and room to add more, she says there will be no need for participants to share bags. “I wanted there to be an escapist vibe. I don’t want people to have to coordinate while they’re trying to workout,” she says. “If you have a hard day at work or are dealing with people all day, I don’t want you to come in and have to be cordial with someone sharing a bag with you.”

As the owner of Ride North End, she wanted to bring the feeling of a spin class and hopping on your own bike to a boxing studio. Knockout will feature one-on-one boxing classes and group boxing classes taught by ex-professional fighters and amateur boxers, as well as strength training and bootcamp workouts. DiPaola is also excited to be offering a high intensity jump-rope class to help clients learn how to be quick and agile on their feet.

“Many of these things [boxing and jump rope] are a little more technical than indoor cycling, but with a little bit of instruction you can still pick them up pretty quick,” she says. The space also features a full-size boxing ring, which she says is helpful for teaching someone how to fight for the first time, as well as colorful lights and high-vaulted ceilings. She says there is something to be said for getting a good workout anywhere with anything, but that she cares a lot about aesthetics in her studios.

“I want to create an ambiance when people walk in,” DiPaola says. “This place is ending up looking better than Ride, so I’m excited to revamp Ride in the coming months.”

Single classes will be offered at $28, monthly memberships for $170, and class packages of 5 or 10 offered at $140 and $270, respectively, with all Knockout classes also offered on ClassPass. Available now is a special founding member rate of three months for $130/month, through one week after grand opening. Boxing gloves will be provided for a small rental fee.

Additionally, to celebrate the opening, DiPaola is offering one week of classes for donations of any amount to Boston Children’s Hospital. She did this for the opening of Ride as well and ended up raising over $5,000.

“Creating a studio is what I imagine it’s like to give birth,” she says. “It’s the same time scale of nine months, it can be a huge pain, but at the end you see it come together and hopefully it will go off to do great things.”