This Is What Nastia Liukin Eats for Breakfast

10 years after winning Olympic gold, the gymnast is recommitting to a healthier lifestyle. 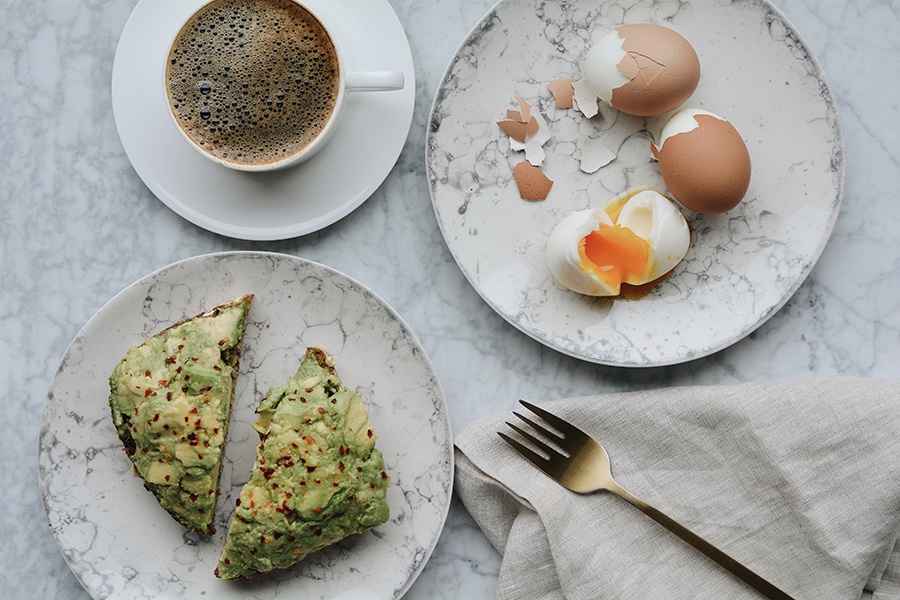 Five-time Olympic medalist Nastia Liukin splits her time between L.A. and Boston, where she runs an app called Grander, connecting young female athletes with other athletes, their idols, and inspiring and educational content. 10 years after winning gold at the Beijing Olympic Games in 2008 for the gymnastics all-around, she says she’s recommitting to her health.

Liukin always starts her day with a glass of water and lemon and bulletproof coffee, which she says she loves. Her fiancé, Matt Lombardi, turned her on to the butter coffee, which is typically made with ghee and MCT oil, and she says she has it three days a week. Her go-to for breakfast is avocado toast and hard boiled eggs or scrambled eggs and oatmeal with berries.

Liukin says she’s not much of a breakfast person, but she likes to get some protein and carbs into her system if she’s heading out for a workout. Lombardi, a former Boston College hockey player, ran the Boston Marathon this year, and she says he inspires her to be stronger. In her quest to be the best version of herself, she’s been sampling Boston’s favorite workout classes. She’s tried Core Power Yoga, Flywheel, Everybody Fights, and Lynx Fitness Club in the Boston Park Plaza. Her favorite so far has been Lynx because she likes having a coach tell her what to do. “I was really inspired watching him [Lombardi] during the marathon and I’ve been trying different places to get into a more consistent routine,” she says. “I travel so much, but I’ll be the first to admit, we can all make time for a 10-20 minute workout. It’s about being strong and feeling my best.”

in this week’s workout video, i’m performing a very high level difficulty pull-up dismount 😜😜 kidding but seriously shout out to 15+ years of gymnastics for making me the do weird things like this lol. thank you thank you @kozmorfitness for the kick 🍑 workout today @lynxfitnessclub #onamission #everyday #begrander #fitness 🎥 @smithandsaint