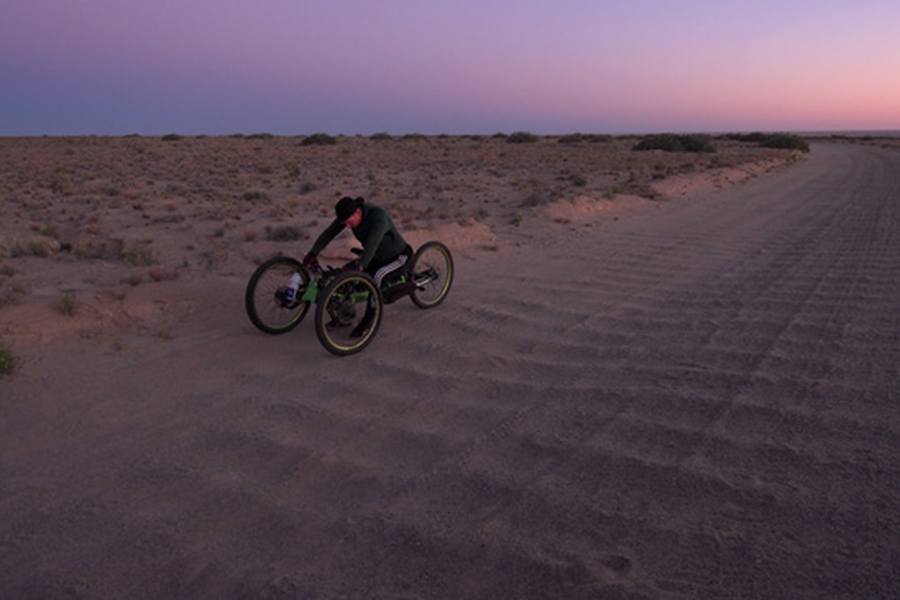 Image provided. From the film Lowest to Highest.

If you’re consumed by wanderlust and driven by athletic prowess, this film festival is right up your alley.

The 9th Annual Ciclismo Classico Bike Travel Film Festival seeks to celebrate and inspire travel on two wheels by showcasing independent films depicting the adventure and growth that accompany travel. Starting in Arlington on May 30 and making its way around Mass. to Northampton and Salem before traveling to Danbury, Connecticut, the festival takes place during National Bike Travel Weekend, but you don’t need to be a cyclist to enjoy the films.

The festival features nine short foreign and domestic films, and all proceeds from the festival will benefit the Adventure Cycling Association and other local charities. “Since our start 30 years ago, we’ve always been very involved with the local community,” Lauren Hefferon, creator of Ciclismo Classico, said in a press release. “We welcome the opportunity to promote active lifestyles and get people dreaming about their next adventure.”

One highlight is the U.S. premier of the Australian film Lowest to Highest, about five friends who attempt to be the first to cycle from the continent’s lowest point to its highest point. During Arlington’s May 30 festival, attendees can enjoy the Cookie Showcase, an all-cookie buffet with vendors from the best bakeries in Arlington and the surrounding area, and also get the chance to win a trip to Italy.

Ciclismo Classico, based in Arlington, has been creating and planning guided bicycle tours across Italy since 1988. Now they have over 35 cycling itineraries across Italy, France, Spain, Austria, and New England for all skill levels, and offer family and solo trips.

During the Arlington show on May 31, Ciclismo Classico will be celebrating its 30th Anniversary with a birthday cake and a “Best of the Fest” party, which begins with live music from Slow Boat Home and will share the audience’s favorite films from the first eight years of the film festival. The Northampton festival will offer a VIP tasting event featuring drinks from Artisan Beverage Coop and fine cheeses from Provisions. Each theater will show the same nine new films aside from “The Best of the Fest” on May 31 in Arlington—that show is reserved for the fan favorite films from previous years.

Catch the film festival at these theaters:

Tickets are $10-$20 pre-order and $25 at the door and can be bought at regenttheatre.com, aomtheatre.ticketfly.com, eventbrite.com, and thepalacedanbury.com respectively.