What’s In Season? Your Guide to Eating Local in Massachusetts This Year

Here's when to visit Boston farmers' markets to find all the fresh, local, and delicious fruits and veggies. 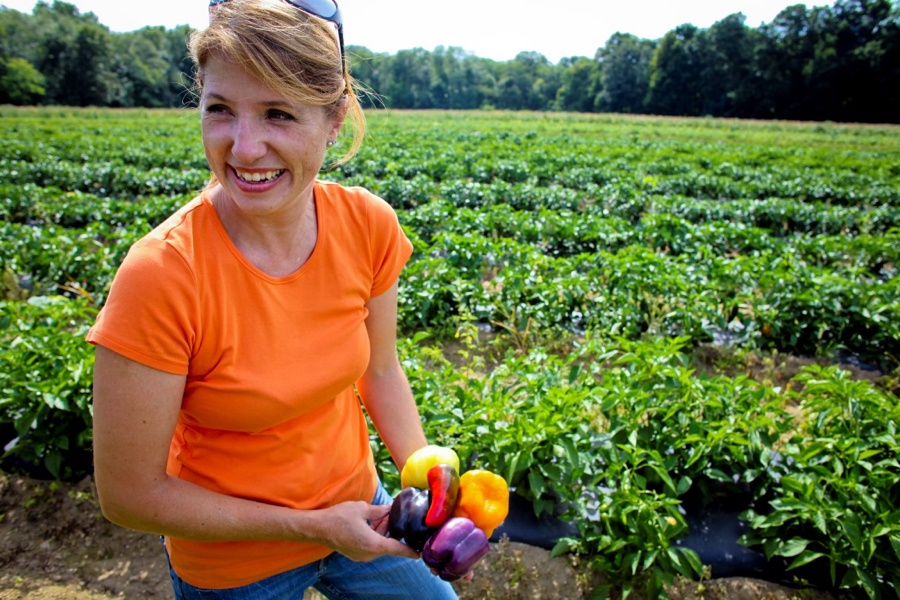 Want to eat local and seasonal produce this year? Of course you do. Who wouldn’t? Food picked locally and at the seasonally appropriate time just tastes better—anyone who’s sliced into one of those bulbous heirloom tomatoes direct from the farm stand can tell you that.

But if you’re anything like me, you have no idea when we’re all supposed to be eating local kohlrabi, or looking for farm-fresh strawberries, or savoring a Massachusetts peach. So I reached out to Geneviève Stillman, of Stillman’s Farm, and she agreed to walk me through what to expect over the next few delicious months.

Naturally, she thinks everyone would be better off if we put in the effort and ate with the seasons, and encourages you to be adventurous. “Go shopping without a menu,” she tells me. “Get what appeals to you, what you feel like eating, what you see that’s available, and then go home and make your menu. That’s what makes shopping at farmers markets and shopping seasonally and locally much more satisfying.”

If you’re game, you can find Stillman’s produce at Boston Public Market and nearly a dozen other markets around the state, and track what’s available with the farm’s helpful interactive chart. And by the way, if you’re looking for some in-season produce recipes, we’ve got you covered right here.

Here’s what we can look forward to this year, direct from the source. 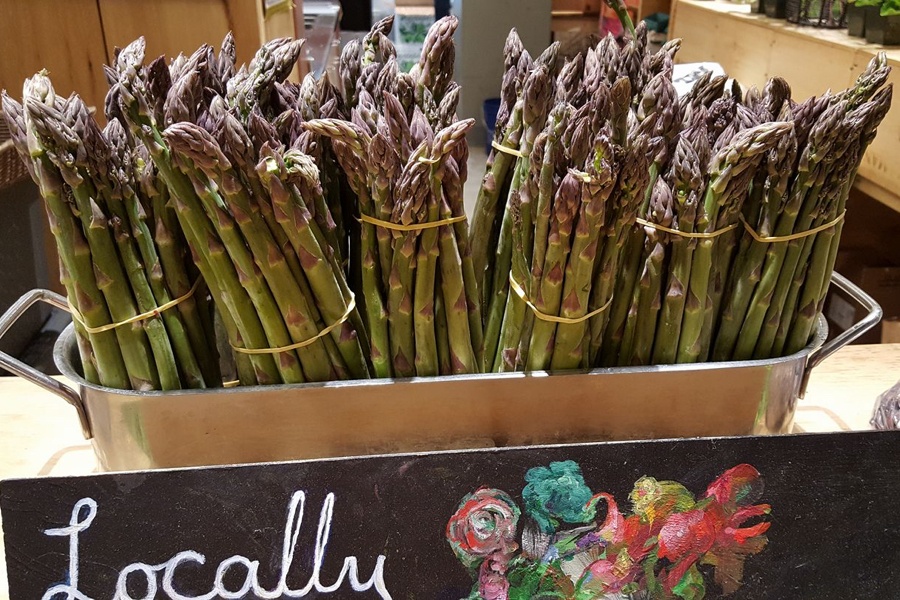 For the real asparagus fans out there, mark your calendars for the Asparagus Festival in Hadley, Massachusetts. The festival has been postponed in 2021, but keep an eye out in 2022. 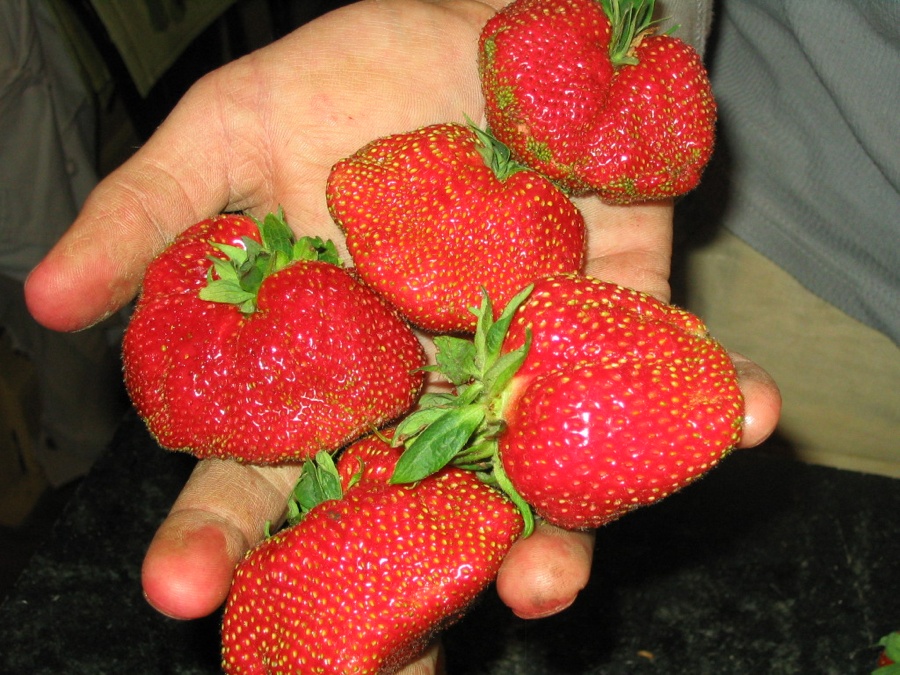 Then, in June, it’s time for strawberries (June-July).

“Everybody looks forward to strawberry season,” Stillman says. “In an amazing growing year we have picked strawberries at the end of May. That won’t be this year. It’s very rare.” So instead we can expect to see fresh local strawberries for the month of June, until it begins to waver in July.

When they do arrive, what’s the benefit in buying local? Stillman says it’s all about the ripening process. While strawberries for the global market will be plucked while they’re still white, and not yet ripe, local ones are typically collected just as they reach their peak. More time on the stem means more flavor. “And generally,” she adds, “the better it tastes, the more nutritional value there is.” 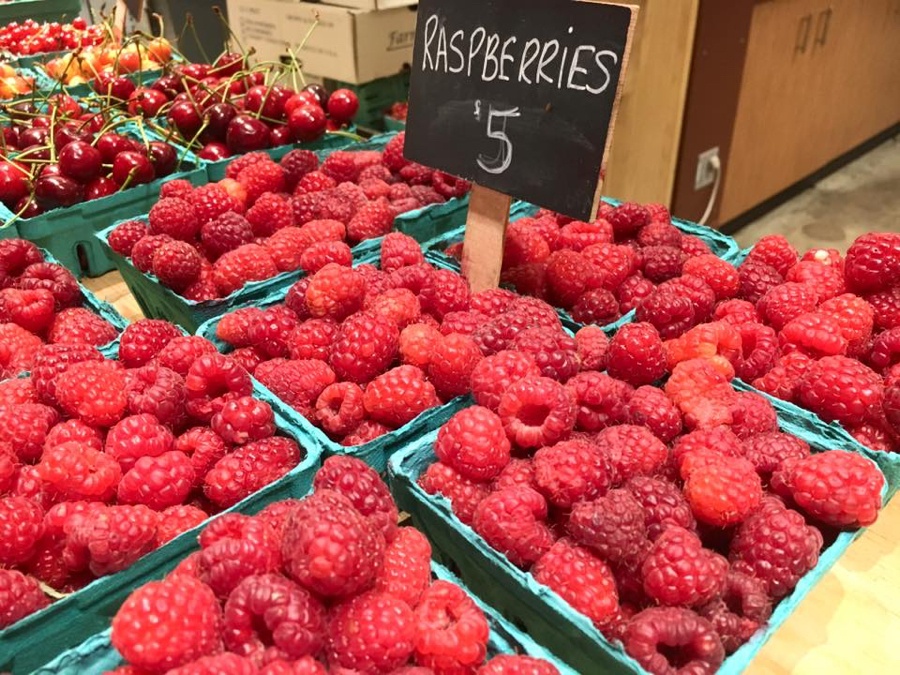 By Independence Day, we’re entering prime berry season. We’re talking blueberries (July-September), raspberries (July-October), blackberries (July-August). It’s an avalanche of berries. “Sometimes the table at Boston Public Market, or any of the markets we go to, are loaded with berries because everything comes in at the same time,” Stillman says.

And, of course, there’s corn (July-October). Contrary to popular belief, and the demand that comes with the season’s barbecue celebrations, corn isn’t typically at peak deliciousness until midway through the month. “Everyone talks about having corn on the 4th of July, but it’s really rare to have corn on the fourth of July in New England,” she says.

There’s another variable for July worth keeping your eye on: Peaches (July-October). The fruit, coveted in the summer for its juicy, tart sweetness, is apparently not a sure thing. Stillman reminds me of the horrors of 2016, when unusually warm temperatures, followed by Arctic chill, killed off an entire season’s worth of them. 2018 looks more promising, though. “So far, it’s gonna happen,” she says, referring to an appropriately peachy summer. “Lots of things can happen. That’s all I’m gonna say about that. If you get a cold night you kill all of them, which happened two years ago. Let’s just hope that doesn’t happen.”

Which leads us to… 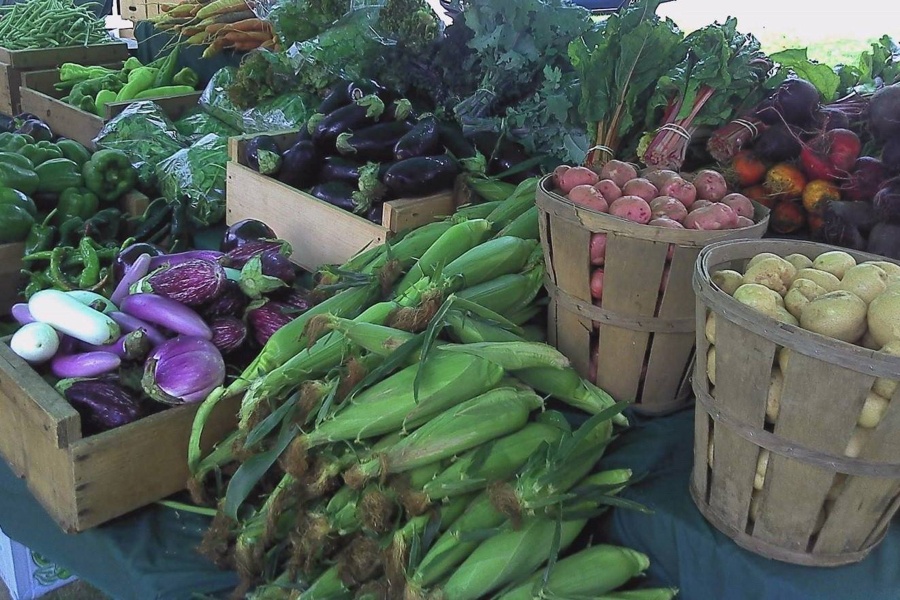 “August is definitely the high point for us,” she says. “August and the beginning of September. We pretty much have everything. Not only do we have green peppers, we also have the colored peppers. We have every variety of eggplant. You start to see watermelon.” 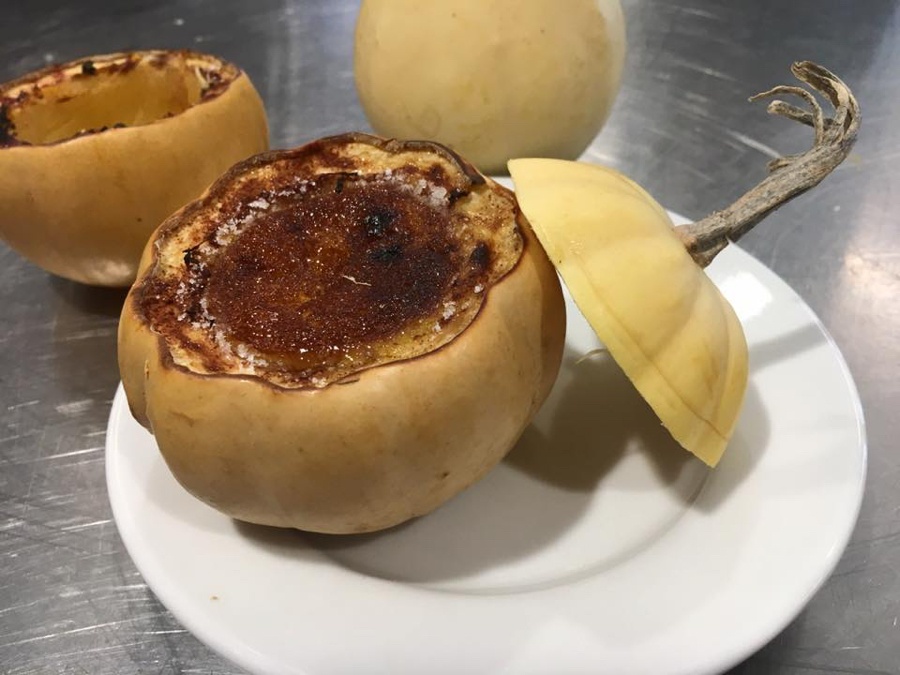 The dates listed are based on Stillman’s Farm’s helpful availability chart, excluding months during which produce is grown inside a greenhouse.