What to Do If You’ve Been Bitten by a Tick 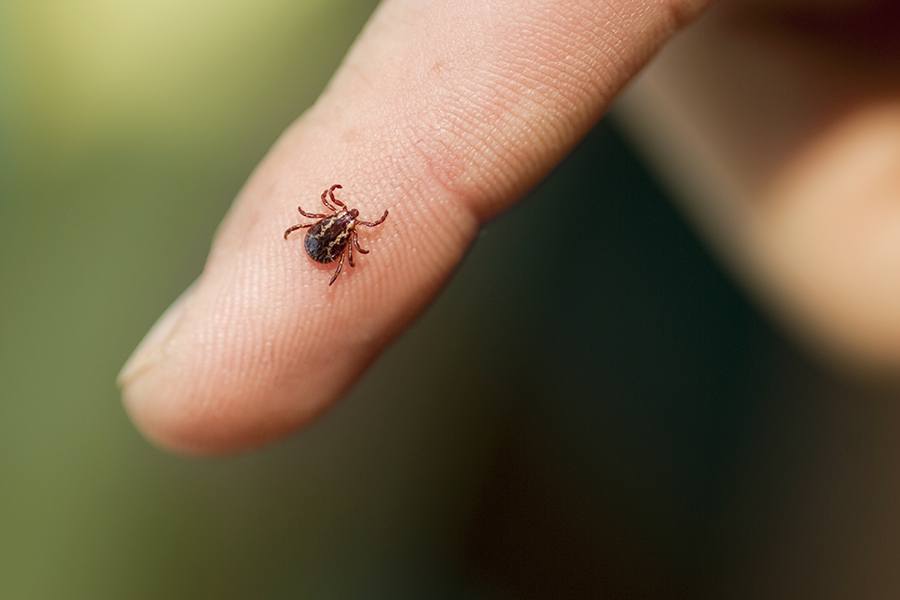 There’s nothing more frightening than coming in from a glorious day spent outside to find a tiny, blood-sucking parasite feasting on wherever it decided to call home on your body. But fear not: Brian Chow, infectious disease physician at Tufts Medical Center, says you don’t need to avoid going outside all summer. If you take the right precautions, the chance of disease from these nasty creatures can be avoided.

“The best way to avoid tick bites is to wrap all exposed skin when you head out into heavily wooded areas,” Chow says. “Other effective precautionary measures include using an insect repellant containing DEET or wearing clothes that have either been soaked, or pre-impregnated, with permethrin. Whereas DEET only repels insects, permethrin kills on contact.”

In the past couple years the scare of tick-borne illnesses has risen, and although Chow says they’re not particularly sure why that is, as they continue to monitor and track them, they think it might have to do with the change in micro climates. He says the only ticks that do transmit disease are the black leg ticks or deer ticks—the very tiny ones. As if trying to find a sesame seed-sized insect wasn’t hard enough!

“Especially during this time of year, the baby ticks are out in higher numbers and can be smaller to see,” Chow explains. “If you spend a lot of time outdoors, it’s important to do a tick check. The hardest places to see them are at the hairline, armpits, or groin.”

He recommends also hopping in the shower and scrubbing the body with a brush to dislodge the ticks before they have a chance to bite. If you do happen to get bitten, though, Chow says that you have a lot of time to figure out if they’re on you, and to get them off, as it does take anywhere from 24-48 hours for a tick to transmit a disease.

“The tick has to find a place on your body, bite you, and then get so full it regurgitates back into you,” he says. Um, gross. “If you’ve been bitten, take tweezers right around the head where it’s attached to the skin and pull straight up. You don’t want to burn or smother the tick.”

According to Chow, the most common diseases that are transmitted by ticks are lyme disease, anaplasmosis, and babesiosis. Lyme disease is often characterized by the bullseye rash and later signs can include headache, fever, bell’s palsy, and meningitis, he says. Both anaplasmosis and babesiosis, which mostly cause fever, present very quickly, but Chow says that some people will fight off the diseases themselves. Anyone with weakened a immune system is more susceptible, however.

Although he reassures us that these diseases can be cured by antibiotics, don’t take your chances this summer—avoid becoming a tick’s late night snack and take a pair of tweezers to that sucker ASAP.