Owner and founder Kelly Brabants hopes this will be the first of many pop-up store locations around the country for her Brazil-inspired legging line company. 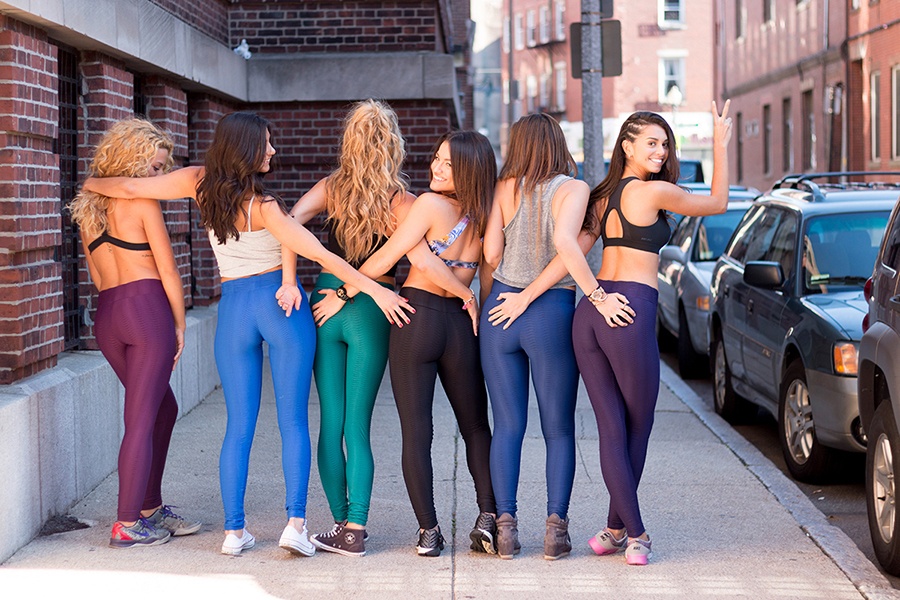 If you don’t own a pair of Booty By Brabants Croco skin leggings, or you keep eyeing the Not Your Average BBBike shorts but haven’t pulled the trigger, now’s your chance to get a closer look in person to make your decision. Booty By Brabants is coming to the Seaport with its first ever pop-up store location, opening on July 22, and you’ll be able to try on the leggings, feel the fabric, and chat with Kelly Brabants in person—something that was formerly impossible for the online-only company.

The 180-square-foot space is part of a development project from WS Development coined The Current, which will be a permanent setting for nine pop-ups, rotating every six months with a different theme each time. The first version is called the “She-Village,” and contains only female-founded and female-run businesses that convey a sense of empowerment.

“I do trunk shows all the time, so this isn’t much different than that, but we’re learning as we go,” Brabants says. “I’m learning so much from the other companies by seeing what they do and who their customers are. We all complement each other really well.”

The type of business ranges widely, with women entrepreneurs vending everything from shoes to essentials for moms and babies. Visitors can stop at the Giving Keys for custom-made jewelry, Cynthia Rowley for dresses and surf/swim style outerwear, and Bref for art and design—just to name a few.

Brabants has curated a massive online following, called her #BBBFamily, and she says this physical space will give her even more access to her customers while simultaneously giving her customers more access to her product and her brand. “I don’t want the store to just be a place to buy leggings,” she says. “I want it to be an experience. You’re going to walk in and see a video of my class on the television screen, hear my music playing in the speakers, take selfies in the large mirrors, and get to interact with me and my clothes.”

The pop-up store will stock the entire line as well as exclusive products like Croco raspberry shorts and hats. Every month, Brabants says she will also launch something exclusive to the store, giving her most loyal fans here in Boston, where her brand was born, the chance to get something others won’t have the opportunity to buy online.

Each pop-up will be housed under one roof on the Seaport Common, but each space will operate independently from one another, with their own individual entrances and hours. The BBB store is open Monday-Friday 11 a.m.-7 p.m. and Saturday and Sunday 10 a.m.-5 p.m. Brabants also says she will host seven outdoor weekend workouts right outside the store in the green space on the common throughout the summer until October. Her first one will be this weekend, July 22 from 11 a.m.-12 p.m., for the big unveiling of the store with special guest Nastia Liukin. Pressed Juicery and by Chloe will also be on-site, serving small bites and juices for shoppers before and afterward.

With 550 people signed up to congregate in the Seaport for a BBB-exclusive cardio dance class and the big unveiling on Sunday, we might advise showing up to the 11 a.m. workout really early or maybe just waiting until the crowd dies down. But make sure you get there at some point—while Brabants hopes to continue pop-ups in other locations throughout the country, this one is only here until January 4. 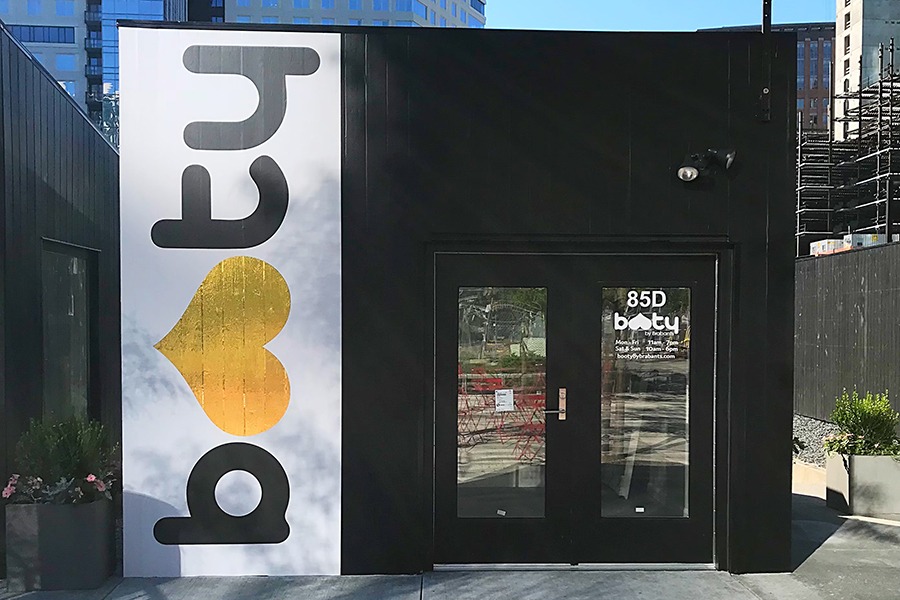