This Is What a Fitness Cover Model Eats for Breakfast

Personal trainer Parker Cote tells us how he stays photoshoot ready for magazines like GQ and ESPN the Magazine. 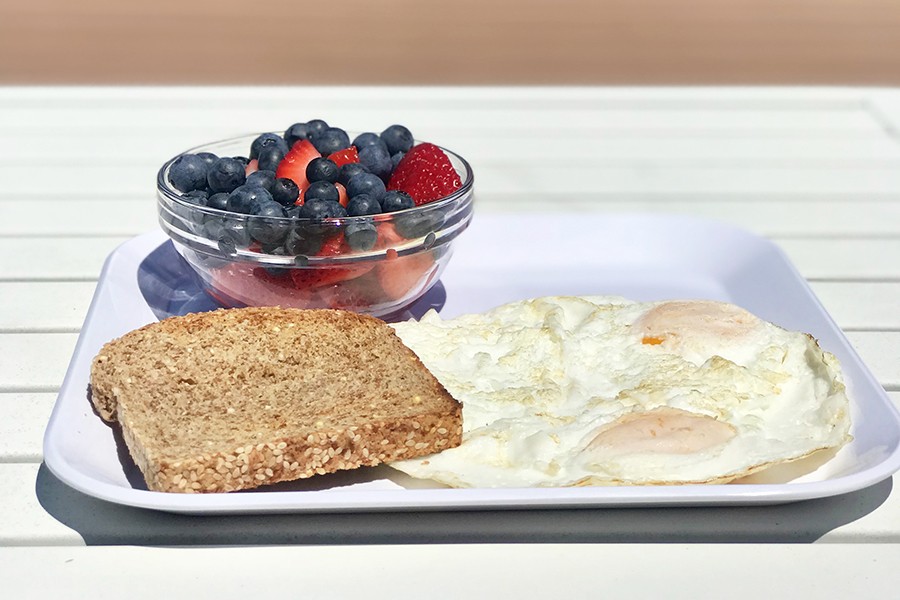 Not only has local trainer Parker Cote been featured in over 300 national and international magazines including GQ, ESPN the Magazine, and Men’s Fitness, he has also appeared on television shows like The Today Show with Kathie Lee and Hoda, the Insider, and Scrubs; and in several national ad campaigns and commercials with Tom Brady and a photo shoot with actor Mark Wahlberg.

His passion for health and fitness began at the ripe age of 15, when he fell in love with training with his older brother. Since then, he has pursued a successful career as a fitness model and has opened his own personal training studio Parker Cote Elite Fitness. Now, he trains people all across the fitness spectrum, from general population folks just looking to get a little healthier, to actors preparing for fight scenes in movies. His private studio is located right on Newbury Street, and if you stop by at just the right time you might get to share your workout with his adorable bulldog pup, Tuco.

Since Cote normally works out in the morning, he needs a big breakfast to keep him satisfied. He almost always eats six egg whites, with one or two yolks, a cup of blueberries and strawberries or a banana, and occasionally one to two pieces of toast (either Barowsky’s 100 percent Whole Wheat or Ezekiel). On days he doesn’t train (because recovery is just as important), he’ll swap the toast out for a mini-avocado from Trader Joe’s, which he says is about half the size of a normal avocado.

Why He Chose It:

Currently, Cote is training for cover shoots, so he says his routine is slightly more strict than usual. With cardio sessions three times a week, either on the StairMaster or sprints in the Common; direct abdominal training three times a week—he once won the “Best Abs” award, out of 52 bachelors, on the Wake Up with Taylor show—and an hour-long strength training workout for each muscle group per week, he needs a breakfast rich in protein with plenty of carbs. It keeps him fueled and aides in recovery, he says.

“Fad diets come and go, but avoiding extremes and eating a balanced diet complete with lean protein sources, fruits, vegetables, and healthy fats will never go out of style,” he says. “If I’m not consuming healthy food on a regular basis, I feel off. Eating smart is not only good for you but makes you feel energized and happy.”