The Annual Pan-Mass Challenge Kicks Off This Weekend

Benefiting the Dana-Farber Cancer Institute, the Pan-Mass Challenge starts on August 4 and is the largest single contributor to the Jimmy Fund, raising more than 53 percent of its annual revenue. 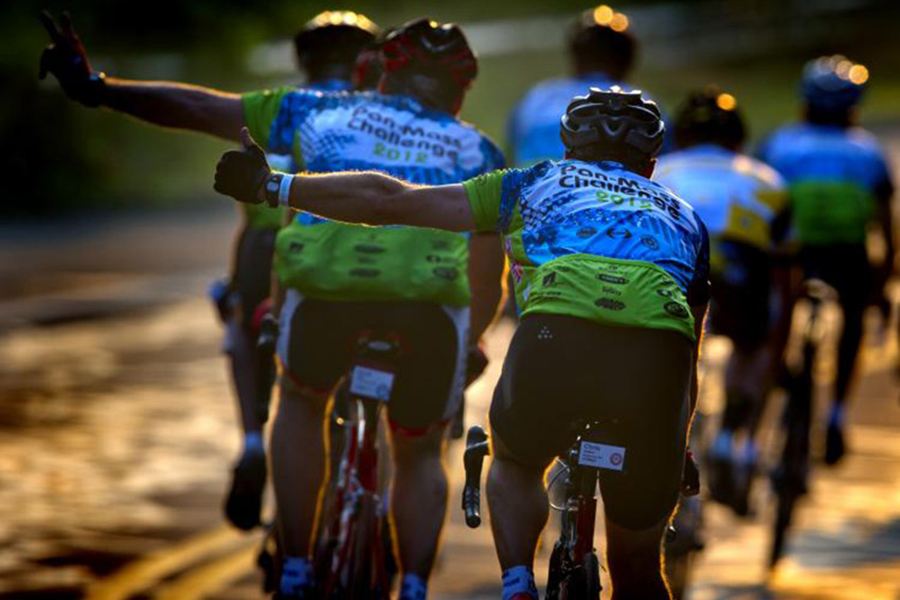 This weekend, over 6,300 cyclists will take to the streets of the Commonwealth in a 192-mile trek across the state, all trying to raise money for charity. The Pan-Mass challenge wheels up on August 4 and August 5, with rides starting in Sturbridge, Welleseley, Bourne, and Babson, depending on which route you choose, and ending in Provincetown, Welleseley, Bourne, and Patriot Place. Riders have committed to raising $600-$8,000 each for the Dana-Farber Cancer Institute and this year, the goal is to hit $52 million total.

The fundraiser always attracts some note-worthy names, who show up ready to ride for a good cause. In 2015, Charlie Baker and Marty Walsh took to the streets, and last year, John Kerry joined the mass of cyclers. This year, notable riders include Dave Silk, former NHL player and an Olympic Gold medalist who was part of the 1980 “Miracle on Ice” U.S. men’s team; Jody Adams, James Beard Award-winning chef and eight-year PMC rider; and Troy Brown, three-time Super Bowl champion and New England Patriots Hall of Famer, among others.

All that riding requires plenty of fuel, supplied by more than 4,000 volunteers who will help the event run smoothly. According to a blog post from the Pan Mass Challenge, riders are expected to eat 19,000 bananas, 10,000 Clif bars, 7,200 slices of pizza, 400 lbs. of ham, and 14,000 Yasso frozen Greek yogurt bars. They will drink 12,000 gallons of water, 7,560 gallons of gatorade, and 180 kegs of celebratory Harpoon beer. Oh, and because this is a Massachusetts fundraiser, 10 cases of Fluff will be consumed.

The Pan-Mass Challenge is Dana Farber’s largest single contributor to the Jimmy Fund, raising more than 53 percent of its annual revenue, and the organization says that every dollar a rider raises goes directly to the fund. Last year, $51 million was presented to the institute and since 2013, the total amount of money that is presented to the institute has steadily increased. And if you needed a little extra motivation, more than 900 cancer survivors or current patients will ride or take part in the festivities as volunteers.