Research published in the Lancet shows low-carb diets that replace carbohydrates with protein and fat from animal sources, like the keto diet, might be associated with shorter overall life span. 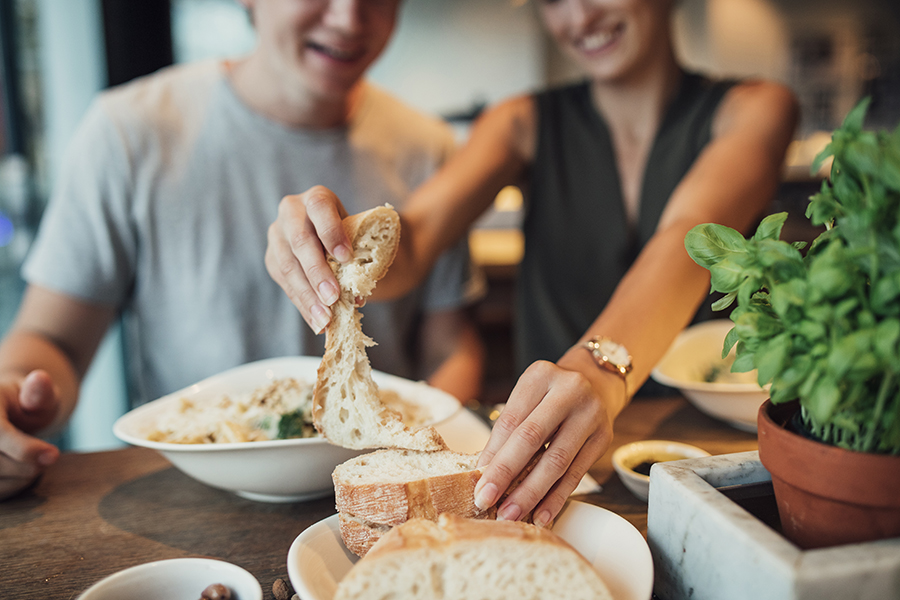 Low carb-focused diets like keto, paleo, and the Atkins, all promising rapid weight loss, are still favored among trendy diets, while carbs continue to be enemy number one. But what if we told you that you didn’t need to give up your body’s preferred source of energy or your occasional favorite sweet treat in the name of health?

According to a new piece published in the Lancet Public Health journal from Brigham and Women’s Hospital researchers, eating carbohydrates in moderation seems to be optimal for health and longevity and that not all low-carb diets are created equal.

These findings come from studying the data of more than 15,400 people from the Atherosclerosis Risk in Communities Study (ARIC), which collected a range of medial, social, and demographic data from 45-64 year olds in four U.S. communities. The researchers then performed a meta-analysis of other studies to confirm that those who follow low-carb diets and eat high amounts of animal-derived protein such as lamb, beef, pork, and chicken experienced higher mortality, and those that favored plant-derived proteins like vegetables, nuts, peanut butter, and whole-grain breads experienced lower rates of mortality.

Each participant in the ARIC study was asked to record their dietary intake at the beginning of the study and again six years later. Adjustments were made for age, sex, race, total energy intake, education, exercise, income level, smoking, and occurrence of diabetes to assess the association between overall carb intake and all-cause mortality over a 25-year period.

“These findings bring together several strands that have been controversial,” Walter Willett, professor of epidemiology and nutrition at Harvard T.H. Chan School of Public Health and co-author of the study, said in a release. “Too much and too little carbohydrate can be harmful but what counts most is the type of fat, protein, and carbohydrate people are consuming.”

Dr. Sara Seidelmann, clinical and research fellow in cardiovascular medicine from Brigham and Women’s Hospital, who led the research, said in a release that low-carb diets replacing calories from carbs with protein or fat from animal-based sources might be associated with a shorter overall life span and should be discouraged.

“We need to look really carefully at what are the healthy compounds in diets that provide protection,” she said (aka fruits, vegetables, and whole grains). She recommends that if you’re following a low-carb diet to instead fill up on more plant-based fats and proteins—promoting healthy aging in the long term.

Which doesn’t make Western-type fad diets that heavily restrict carbs and fall back on animal-based protein and fat as a default look very healthy. Yeah, everything might taste better cooked in bacon grease and doused in butter, but it won’t necessarily make you feel better…or live longer.