Jody Merrill successfully opened the first Btone Fitness in 2010 and has since then franchised the pilates-esque concept all across New England. 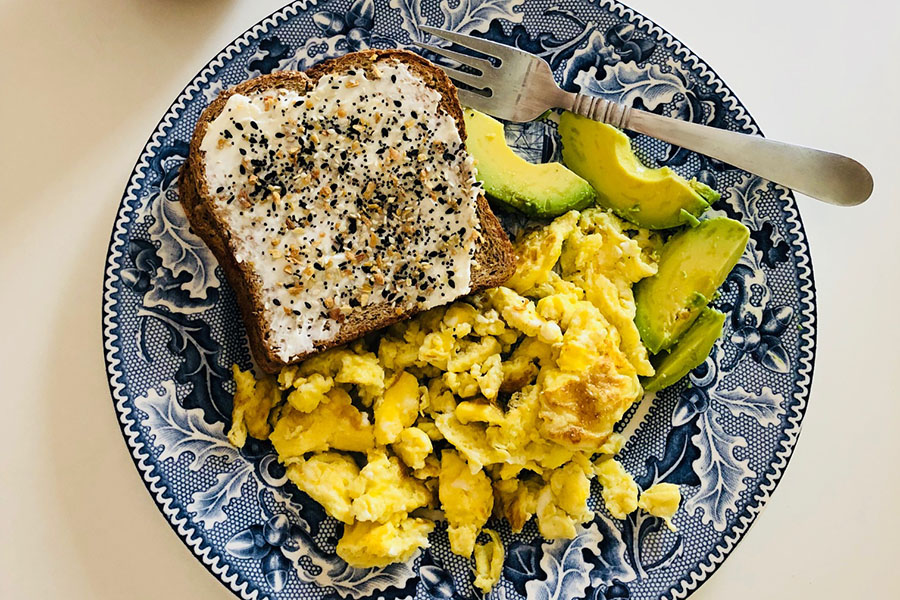 After a long endurance running career competing in marathons and triathlons and being chronically plagued with injuries, Jody Merrill had enough and cultivated a gym experience blending elements of pilates, resistance training, and core work in a 45-minute class called Btone. Her first studio space opened in 2010 and now has grown to seven different locations across New England. The signature Tone class is done on their signature arkeTONE machines, which are spring-loaded Btone-exclusive machines. What’s that? Picture a pilates reformer, but different. You’ll perform slow and controlled movements on a gliding carriage with cables and attachments, and it’s always a different workout every time.

Merrill says she never misses breakfast and is always sure to make it a part of her daily morning routine. Sometimes it will change based on the season or how she’s feeling, but recently her breakfast go-to has been scrambled eggs. After traveling to Italy last year she has started making them the way they do—with extra virgin olive oil instead of spray butter for the pan. “It gives the eggs a kick, and definitely fills me up a lot more,” she says. She tops the eggs with a sprinkle of truffle salt and will sometimes add tomatoes, peppers, or avocado to the scramble with a side of toast or an english muffin if she’s really hungry. Another thing she picked up from Italy is a morning cappuccino—using her Nespresso machine and frothing some Nutty Life Cashew Milk, which she says froths better than real milk.

“There is something very special about having a warm breakfast in the morning” she says. And as someone who suffers from Irritable Bowel Syndrome, nutrition plays a big role in her lifestyle, as it’s always on the forefront of her mind so that she doesn’t trigger a flare-up. She tries to steer clear from dairy, but says she doesn’t usually restrict her diet, as she truly believes in balance. Mostly, she keeps things flexible with one major thing in mind: “The biggest piece of advice I’ve been given is always reach for protein first. Whatever it is that you are going to cook or grab, just pick your protein first and then build your meal from there.”