Researchers at Brigham and Women's Hospital examined the sleep habits of high school students over the course of eight years. 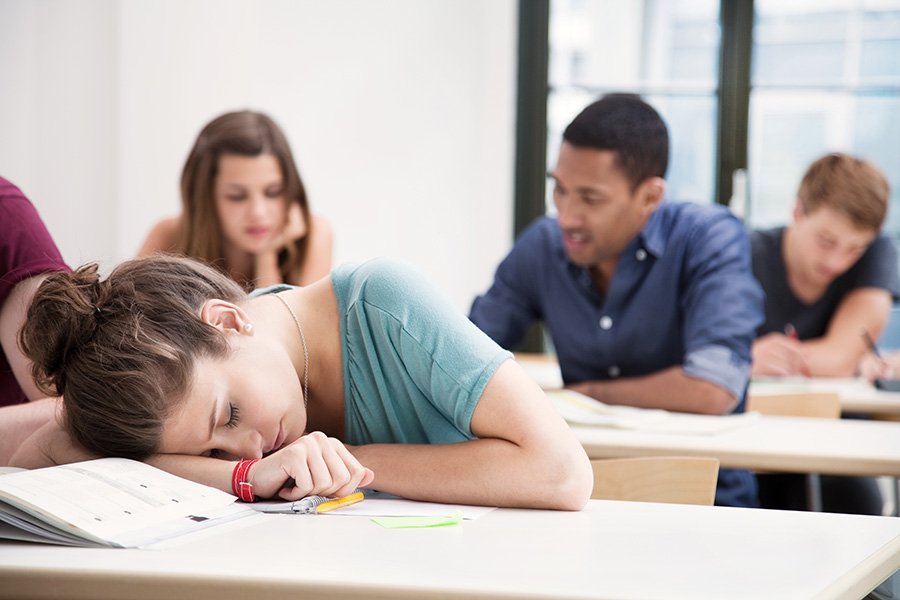 Sleep is so very important—this is not news. But for the majority of us, getting enough of it is hard. The consequences of not getting enough shut eye can be as minor as feeling a little drowsy the next morning at work or as serious as chronic diseases like diabetes, cardiovascular disease, and depression. And now, a new study from the researchers at Brigham and Women’s shows that teens who do not get enough sleep are more likely to engage in risky behaviors including smoking, drinking alcohol, and driving under the influence.

The results were published in a JAMA Pediatrics research letter and compare the findings of national data from 67,615 high school students collected between 2007-2015—and they’re pretty disheartening. High school students who participated in the study and slept less than six hours a night were twice as likely to report using alcohol, tobacco, marijuana or other drugs, and driving after drinking alcohol, as compared to peers who got at least eight hours of sleep.

But it only gets more concerning. Those same students were twice as likely to report carrying a weapon or being in a fight, and researchers found a strong correlation of lack of sleep to mood and self-harm. Those who didn’t get more than six hours of sleep were three times as likely to consider or attempt suicide and four times as likely to attempt suicide resulting in treatment. Unfortunately, those at-risk kids were a huge percentage of the overall group, because only 30 percent of students in the study reported averaging more than eight hours of sleep. As the rate of depression and anxiety continues to rise amongst teens and adolescents, and the rising demands and pressures put on them between school, maintaining a social life, and planning for a future stack up, it begs the question of when we ever expect them to get enough sleep. And how does this vicious cycle end?

“Personal risk-taking behaviors are common precursors to accidents and suicides,” Matthew Weaver, research fellow at the Brigham and lead author on the study, said in a press release. “They are the leading causes of death among teens and have important implications for the health and safety of high school students nationally.”

So, we know getting enough sleep is hard, and it may be even harder for this population. But there are a few steps you can take to ensure a sufficient amount of sleep: turning off all electronics before bed, going to sleep at the same time every night, and getting exercise throughout the day, amongst other things.