Sweat Fixx Will Host a Pop-Up Studio in South Boston 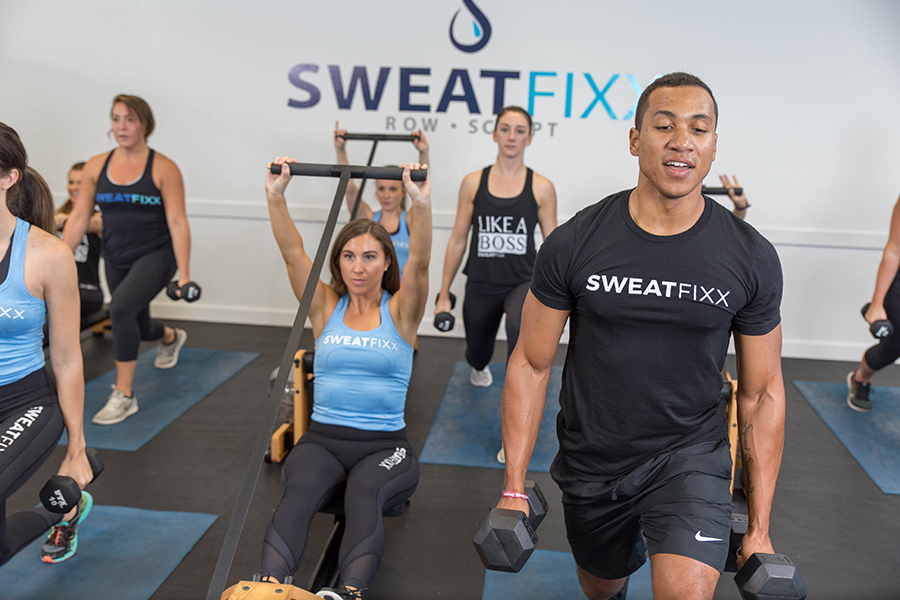 Get excited, Orangetheory fans: We’ve got a new rowing-based workout coming to town and we’ll leave it to you to decide which one suits your fancy. Sweat Fixx has been dancing around the city for quite some time with special classes and pop-ups here and there, but they’re finally planting some roots, for the time being, in Southie.

Currently, the total body rowing and sculpting studio has two locations—one in Arlington and one in Wakefield.  Now, they’ll have a pop-up space in the Gold’s Gym on Dorchester Avenue in South Boston. Lucky for you Gold’s goers, you’ll get a discount on Fixx classes. The plan is to open October 20 and the duration of the pop-up is still up in the air.

“We are so excited to finally bring Sweat Fixx into the city and introduce Boston to the rowing scene,” Elise Caira said in a press release. “After almost two years of doing pop-up events with Reebok, lululemon, and Night Shift Brewing, it’s exciting to take the next step into the fitness space. It’s rowing like you’ve never seen it before.”

Unlike traditional rowers you might find at your gym, these rowers provide resistance through water at the end of the rower in a barrel—simulating what it might actually feel like to be rowing on the water.

Strength training is also a huge part of what Sweat Fixx does, and all of its seven classes incorporate some type of resistance training into the workout. Classes range from just rowing, to yoga, to high intensity interval training—all utilizing the water rowers and weights.

Classes can be found on ClassPass and drop-in prices will be available. And who knows, this just might be a precursor for a permanent Boston home for Sweat Fixx—but that’s TBD.