You'll be able to sip on New England IPAs from Mighty Squirrel in Waltham while watching climbers on Central Rock's new bouldering wall. 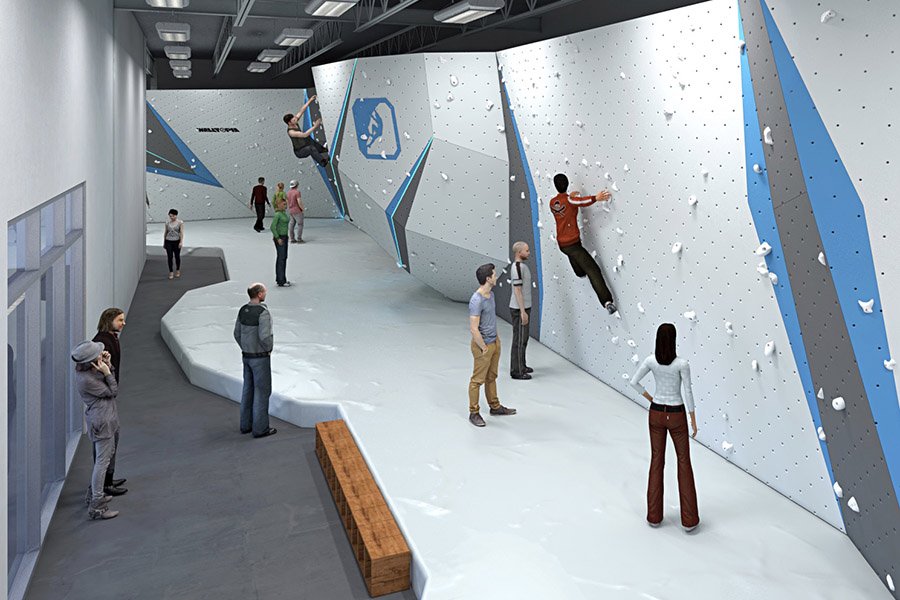 Calling all craft beer lovers and fitness junkies—put down the axes, set down the ping-pong ball, and walk away from the life-size Jenga. Mighty Squirrel Brewery and Central Rock Gym are joining forces to bring you a taproom experience where you’ll not only be able to sample New England IPA’s double dry-hopped with citra, mosaic, and amarillo, you’ll also be able to try your hand at a few climbs on a rock wall, or watch others attempt to summit the climb.

The brewery, slated to open later this fall in Waltham, is a 23,000 square foot space complete with tables, bar space, and ample room for standing and chatting. And it will also feature a 5,000 square foot Central Rock Gym space separated from the taproom by only a glass partition. Henry Manice, co-founder of Mighty Squirrel, says he can’t wait to make their taproom a fun and unique spot for the community.

The two companies align very closely, as Mighty Squirrel believes in celebrating “mighty moments” and living an active lifestyle while Central Rock tries to bring fun to the gym experience. Mighty Squirrel is just a couple hundred feet away from Beaver Brook, a 300-acre park with miles of hiking and biking paths.

“Central Rock has several other locations around Boston, and all members will be able to climb in Waltham as part of their membership,” Joe Hardy, co-founder of Central Rock, says. Central Rock’s other locations are located in Cambridge and Watertown, with one coming to the North End as well as the North Shore. “Mighty Squirrel and Central Rock are both very community-focused, and we are excited to bring dynamic events, climbing challenges, and high quality beer to Waltham.”

Sounds like just the right sequence of events for us. Get sweaty and sore on the rock climbing wall and then chillax in the taproom with some buddies over a cold brew. Because honestly, what’s better than a post-workout beer?