The rower was created and launched in Cambridge by the former executive director of Community Rowing, Inc. 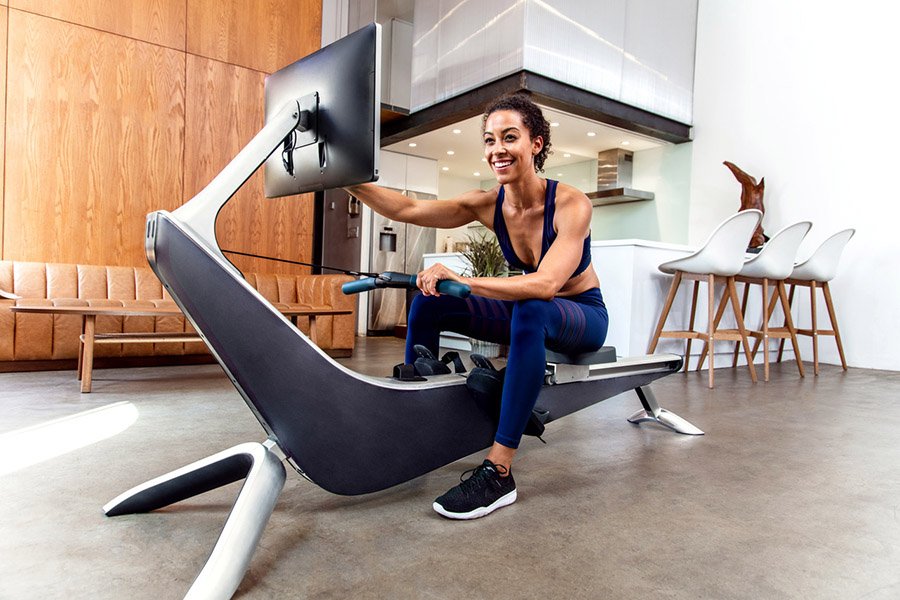 We might be in peak rowing season right now. What with the changing fall colors and crisp cool air, being out on the Charles at this time of year is pretty spectacular. But we all know that won’t last forever. During the dead of winter you might be able to find some solace in a pretty cool new rower developed right here in Cambridge called the Hydrow.

The Hydrow is a rowing machine, like a Peloton bike, that simulates the feeling of actually rowing on the water with a mounted screen on the front of the machine. The company worked with skilled trainers, some of whom are on the U.S. National team, to record videos of training sessions. So when you get on that rowing machine, you’ll feel just like you’re on the Charles, as a trainer leads you through a 20 minute workout that responds to the twists and turns of the river’s current. It’s also customizable, so users can row as part of a team or individually.

You can choose from four different ways to get your workout in: live rowing broadcast live from rowing instructors on the water or in the studio, follow along with prerecorded rowing sessions available 24/7, row to the quiet sounds of nature on the water, or partake in yoga and stretching for a complete fitness regimen. It also uses a quiet resistance mechanism to eliminate the loud noises from chains and fans present in other rowing machines.

Local entrepreneur Bruce Smith founded Hydrow in 2017 after serving as the executive director of rowing advocacy at Community Rowing Inc. for almost ten years. His work thus far has been focused on enhancing the communal and interpersonal aspects of the sport of rowing, and he continues to bring that ethos to this new venture.

The company has also positioned itself to cater perfectly to the city’s healthy rowing market. The launch also comes just in time for the Head of the Charles Regatta, the largest rowing competition in the world. Hydrows will be showcased at the annual Rowing and Fitness Expo during the regatta on October 20 and 21, so you can try it firsthand or you can add the high-tech rower to the arsenal of toys in your home gym for $1299 and a subscription fee for the monthly video-guided workouts.