The NFL Will Give Boston Children’s Hospital $14.7 Million for Concussion Research

Researchers will study former NFL players and the neurologic health consequences of concussions and sub-concussive injuries. 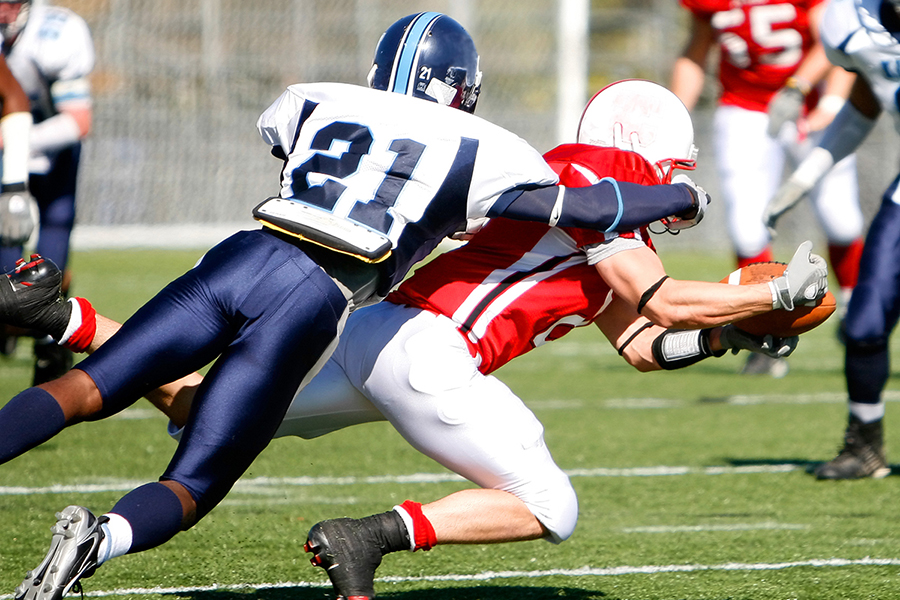 America’s game is a violent one—filled with hard hits and aggressive action. It’s what makes the sport of football exciting and exhilarating, and is why hundreds of thousands of people tune in to watch every weekend. But beyond the highs and lows of how your favorite team is doing, the question of just how safe the game is continues to rage on.

Concussion safety continues to be an area of extensive research. On November 15, Boston Children’s Hospital and Beth Israel Deaconess Medical Center announced it will receive a $14.7 million grant from the National Football League for a five year project that will examine long-term neurologic health outcomes in former NFL players. Boston-area hospitals and researchers have been among the institutions shedding light on the dangers of concussions and Chronic Traumatic Encephalopathy, a brain disease caused by the accumulation of the protein tau that leads to cognitive decline and dementia. This project will investigate specific diagnoses, treatment, and the prevention of this deadly disease.

Each year, the NFL gives out funding that researchers apply to through their Play Smart Play Safe initiative. The funding for the Boston Children’s research comes from a $40 million grant that was allotted for medical research this year, primarily dedicated to neuroscience. Dr. William Meehan, of Boston Children’s orthopedics and sports medicine center, will head the study and oversee five different projects at Boston Children’s, Beth Israel, the University of North Carolina at Chapel Hill, the Medical College of Wisconsin, and the University Orthopedic Center at State College Pennsylvania.

The researchers will track former NFL players, and combine their findings with the results from a survey of players conducted in 2001, to asses for abnormal tau buildup and other risk factors for neurologic health outcomes. They’ll also look for associations with quality of life among players. More than 2,500 players will be involved in the study, which will require annual follow-up health assessments.

“There is a pressing need for data-driven approaches to better understand the risk, incidence, characteristics, progression, and treatment of neurologic health problems faced by former NFL players,” Meehan said in a press release. “And there is also a need to determine the potential effects of sport-related concussions and sub-concussive blows—including the potential for CTE.”

Among former NFL players, a staggering 110 of 111 subjects were posthumously diagnosed with CTE, according to a 2017 study. To have a potential treatment for this disease could be monumental. The researchers hope to investigate potential therapies for preventing neurological health problems and slowing their progression. From there, the most effective therapies will move onto clinical studies for former football players who are at risk of diseases like CTE.

The NFL has had something of a complicated history around research grants into CTE. In 2016, a Congressional report —which was later disputed by House Republicans but not corrected or retracted—found that the league had improperly interfered with the choice of researcher for one of its grants, BU scientist Robert Stern.