I Tried It: Float, Freeze, Sweat 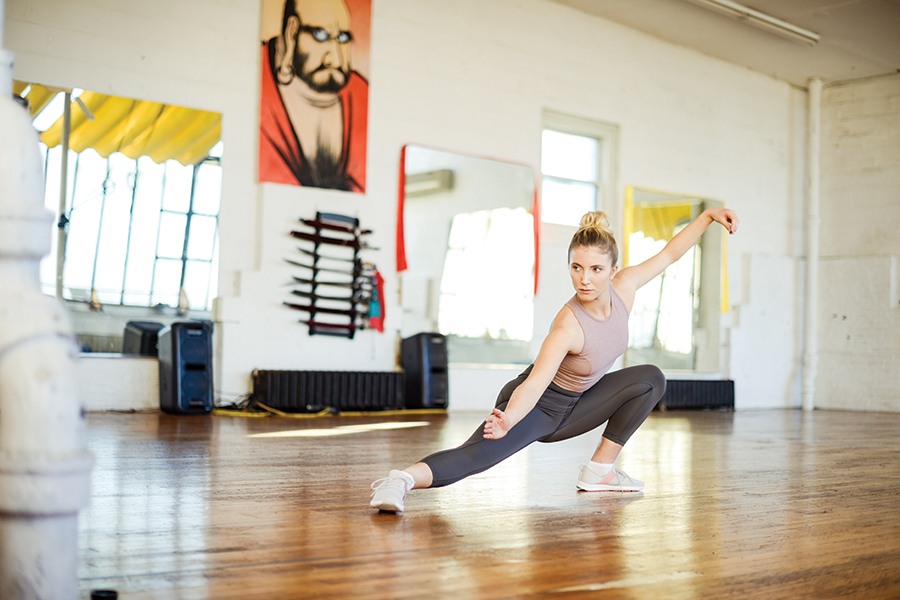 Newton’s Frost and Float Spa has iced Bruins players and MMA fighters—and, today, a very type-A writer with no athletic ability whatsoever.
The spa is a one-stop serenity haven, offering three trendy treatments: float therapy, cryotherapy, and an infrared sauna, all of which promise to boost mood, reduce chronic pain, and improve circulation.

Not Into Yoga?
By Tessa Yannone
Ditch the downard dog in favor of these three chill workouts.
Tai Chi Classes
at Boston Kung Fu Tai Chi
Rooted in martial arts yet gentle enough for anyone to try, this Back Bay studio’s version of the traditional Chinese mind/body exercise promises to increase focus, improve balance, and positively eviscerate stress.
Hammock Classes
at Swet Studio
Have you ever wanted to crawl into a cozy cocoon after a grueling day? Here’s your chance. Hoist yourself up into the soft silk dangling from Swet Studio’s ceiling for deep stretching or meditation in a makeshift hammock.
Movement Classes
at Body of Work
Leave all your worries behind: It’s time to be a kid again. In this 60-minute class at new Southie studio Body of Work, participants crawl, roll, and even do handstands to stay young at heart—and in body.

Co-owner David Bastianelli actually discourages clients from doing all three services in one day because they won’t be able to identify which helps the most (to say nothing of the shock of leaping from 94-degree saltwater to a meat locker to a toasty sauna bed). But this morning, in the name of journalism, I’m sampling all three. YOLO, right?

First up: a soak. Bastianelli leads me to my private float pod and runs through everything I need to know: The water is filled with 1,100 pounds of Epsom salt—making it twice as buoyant as the Dead Sea. Bastianelli says I can shut the capsule or leave it ajar. “People have passed out here,” he says before abandoning me. I think he means “have fallen asleep.” I try to smile.

I emerge from the warm water gooey-limbed and ready to visit the other treatment rooms. Cooled by tanks of nitrogen gas, the cryotherapy chamber is frigid, but that’s the point: The body produces a fight-or-flight response as blood rushes to the core. When the blood recirculates, it is freshly oxygenated, supposedly imparting nutrients and anti-inflammatory proteins—and an endorphin high. Three minutes is the norm.

The infrared sauna, which varies between 100 and 155 degrees, is a cocoon-like bed illuminated by a Himalayan salt lamp. Here, guests sweat out toxins onto an anti-microbial bamboo towel—losing up to a pound of water and hopefully leaving with lower blood pressure and improved circulation.

As for me? I’m Zen—I swear. In fact, I’m so relaxed I get pulled over for running a stop sign as soon as I leave. Back to reality.

Read more about how you can find a little more serenity in these troubled times.