This Is What a Harlem Globetrotter Eats for Breakfast

Briana Green is currently one of only seven women on the team, and you can catch her in Lowell and Worcester in February and March. 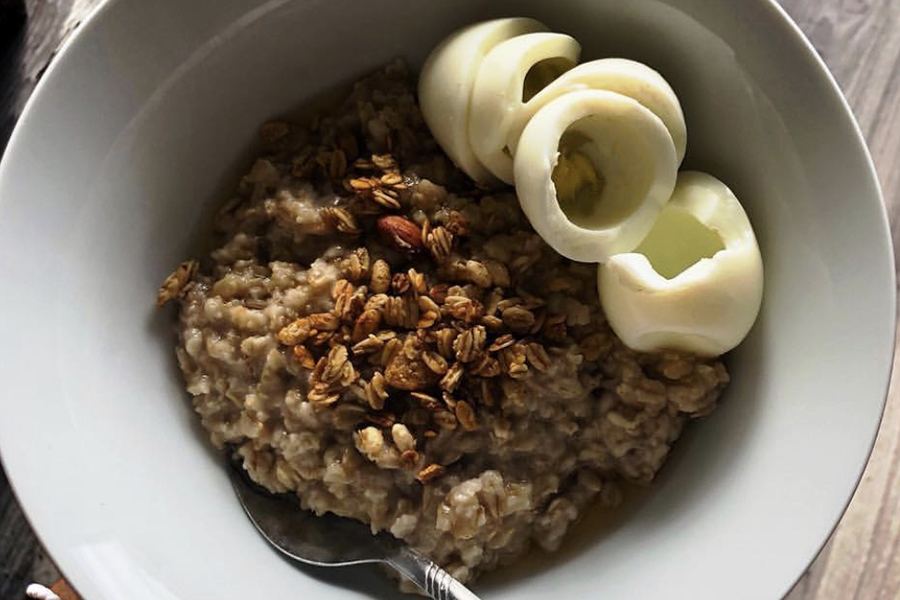 Briana Green began playing basketball at the ripe age of four, after being introduced to the sport by her older brother. A native of Lexington, Kentucky, she attended the University of Texas-El Paso, where she totaled 650 career points and now ranks no. 11 on the school’s record for all-time wins. After college, she pursued her masters degree in Sports Management at Southern New Hampshire University while also playing professional basketball overseas in the Czech Republic and Spain, as well as in Mexico in 2014.

When she joined the Globetrotters in 2017, as a 5-foot-9 guard, she became only the 15th woman ever to make the roster and is currently one of only seven women on the team. She says she’s on tour for more than half the year, and when she’s not traveling, she enjoys playing pickup basketball games and lifting weights. The girl has mad dribbling skills and even dazzles her Instagram followers with videos of blindfolded dribbling on a treadmill. But don’t worry: She makes a point to preface her posts by reminding people not to try these tricks at home. You can watch her when the Globetrotters come to Lowell on February 17 and Worcester on March 23.

“I train to stay in shape and to work on my craft,” Green says. “I don’t like to be complacent and I am always working to get better. I typically try to work out at least four times a week.”

When Green is traveling and waking up in a hotel, she says she has to wait and see what they provide at breakfast. Most often, she chooses a couple of hard boiled eggs, oatmeal, fruit, and toast. But her favorite breakfast meal is french toast—syrup and all. She’ll mix eggs, cinnamon, and a pinch of vanilla into a bowl and stir it before dipping the bread into the mixture and frying it up on a pan. Sounds like the best way to wake up on a Saturday or Sunday.

“I know my eating habits aren’t perfect,” she says. “But I know that being an athlete, I need to focus on better food choices in my diet. Staying hydrated and fueled is vital when I’m constantly on the road and playing basketball.”

She also adds that everyone should eat breakfast and that having a well-balanced diet is vital for your health, especially as you get older.