Mark Your Calendar for These Ragnar Races Coming to New England

Run a 200-mile relay race with 11 of your closest friends. 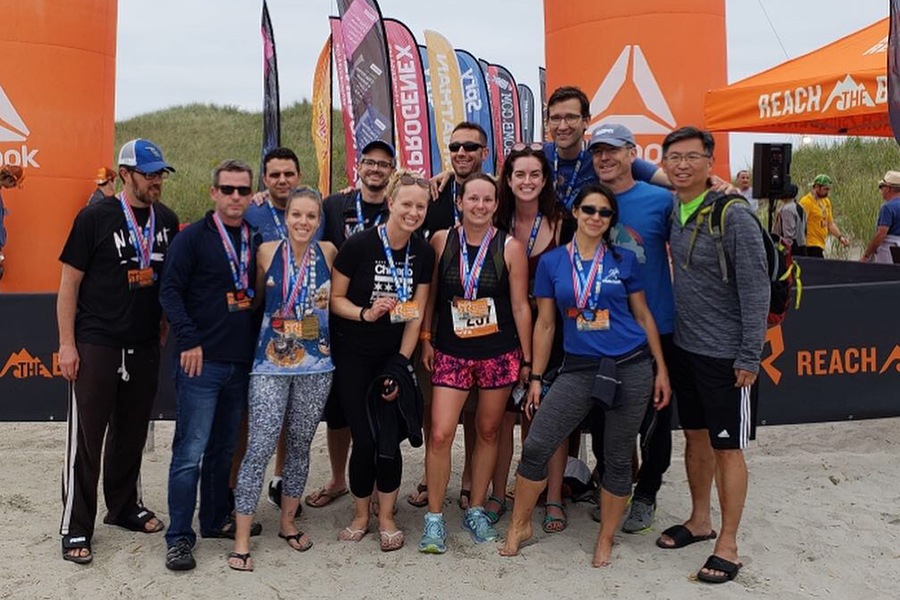 From Spartan Races to CrossFit WOD’s (workout of the day), Reebok has made a point of appealing not just to those who love fitness but also those who love fitness with their best buds. Each event they host hinges on camaraderie, sportsmanship, and being a team player. And their newest venture, which began in 2004 and is rapidly gaining popularity, Ragnar races, is no exception.

Named after a 9th century king and hero from Scandinavia, Ragnar races are relay races, made up of teams of six or more, covering an outlandish amount of miles while the rest of the team follows in a van or car. They come in two different versions: road relay or trail relay. The road relay covers about 200 miles and teams are made up of 12 people. Or if you want to take on even more miles, you can form a six person team. You’ll run on sidewalks, backroads, bike paths, paved trails, and road shoulders. The trail relays, which range in distance, are made up of eight person teams (or four for the ultra *crazy* runners) and consist of three different single track loops that start and end in a central village location. All members run day and night until everyone has completed three trail loops.

A little bit of strategy is involved in each, because in the road race there’s no set amount of distance each member must cover and you’re also managing sleeping, eating, and resting schedules from the comfort of a cramped van or tent. Sounds fun, doesn’t it?

If you’re a dedicated runner looking for a new challenge, put these three Ragnar races coming to New England on your radar. The first one, Ragnar Cape Cod, will take place May 10-11 and start in Hull and end at Smuggler’s Beach, where you’ll have access to five beaches, live bands, and a finish-line party. You’ll also get additional access to secluded roads and running trails.

If you’re more of the outdoorsy type, head to Vermont from August 16-17 for the Vermont trail race, which will take place at Mt. Ascutney in Windsor County. It’ll be a three-day camping and running adventure, so you better really love the great outdoors.

Lastly, if you want to take in all the beauty that is New England in the fall, mark your calendar for September 13-14 and sign up for Reach the Beach, which takes place in New Hampshire. This road relay will start in Bretton Woods, where you’ll run past covered bridges, scenic lakes, and rolling hills, plus (lots and lots of) foliage before making your way to Hampton Beach to cool off by taking a quick dip in the ocean, if you’re feeling hardy.

Early pricing is still available for the Vermont and New Hampshire races, but if you want the best deal, you should act fast, because they continue to rise as race day approaches.