How to Flirt at the Gym without Seeming Like a Creep

Here are our totally scientific and evidence-based tips to scoring a date at your favorite Boston gym. 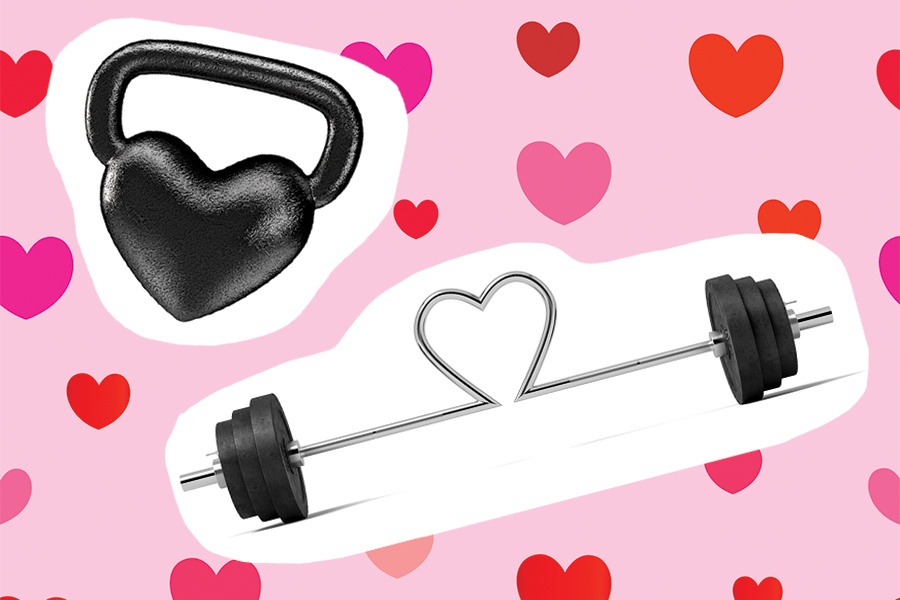 It’s officially been six weeks since everyone swore off cookies and booze and rejoined their gym, which probably means at some point you’ve found yourself staring at your phone next to some sexy stranger while both of you try not to make awkward eye contact. Why have you found yourself waiting for a workout machine in a state of awkward purgatory rarely seen outside of 8th grade dances? Well, probably because you know—as everyone knows—that you’re not really supposed to hit on people at the gym. It’s one of the great, unofficial rules of gyms everywhere, right?

The conventional wisdom is that flirting in the gym is creepy. People are just trying to work out, they have headphones in, they’re sweaty, and everyone is simply minding their own business. But I wanted to know—can it be done in a non-creepy, socially acceptable way?

So, in the spirit of Valentine’s Day, I asked Boston gym-goers whether making Friday night dinner plans across the row of ellipticals was really the faux pas people seem to make it out to be. The answers varied, but suffice to say it can be done. How? I’ve put together their collective wisdom into this handy guide to scoring a date at the gym. Just don’t blame me if it doesn’t turn into a second or third date—that’s your job.

1. The type of gym, location, and time of day matters

Every gym/ studio has its own culture and set of norms, and what’s cool one place might be a no-go at the next. Think about it: If you’re looking to get flirty, it’s probably not going to happen at the Handle Bar where the lights are low and the music is blaring. Likewise, the 3 p.m. crowd at Lynx Fitness Club or Equinox is probably there to skip the post-work rush.

Billy Gawron, trainer and owner of New School Fitness, who met his girlfriend at Equinox, tends to agree. “The type of gym that you’re in plays a huge role,” he says. “An Equinox is going to be a lot different than a Planet Fitness. There is a pre-determined vibe and standard of person who walks through those doors.” He even let me in on a secret: The Seaport Equinox is teeming with good-looking, successful business men/women, and basically described it as a “watering hole for dating.”

One woman I spoke to said Southie gyms are raging with testosterone and flirty women, while Alex Wisch, a trainer at Brooklyn Boulders, said he’d been approached at the South End Boston Sports Club.

I’m not one to tell you to change up your workout routine just to catch the attention of a certain someone, but it might be advantageous. Gawron says you might not get the most effective workout, but when he was flirting with his now-girlfriend, he would purposely position his workout to be around her.

Savvy? You bet. A little unnecessary? Maybe. Did it work? Sure did.

We asked readers onInstagram  for gym dating stories, and one reader offered the unexpected feedback that it’s motivating to have a gym crush. It drives her to push a little harder and motivates her to go to the gym when she doesn’t feel like it.

So maybe it’s worth wandering off the treadmill into the free weight area when you spot your crush doing curls. And if you don’t know what you’re doing, you’ve got a perfect conversation starter.

3. Wait until between sets to strike up a convo

This one should be a no-brainer, but unfortunately it must be said. So, for the sake of brevity, here are appropriate times to talk to someone:

And if this wasn’t made clear, please, just take a social cue and treat others the way you would like to be treated. Gawron says there’s no need to mansplain an exercise to a woman, and offering unsolicited workout advice, to anyone, is a sure way to get shut down real quick.

Angela Gentile, a group fitness instructor, says she used to go to the Ring’s boxing classes and one man in particular kept offering faux-flirtatious criticisms like, “You need to tone it down. You’re making us all look bad.” Not cute, bro. Let a girl work.

4. Compliments on aesthetics are off-limits

In the era of #MeToo, this too should be a no-brainer. While we’re all at the gym to work on our fitness—and more or less—our outward appearances, that shouldn’t give anyone the right to tell you how good your backside looks in those pants when you squat or how chiseled your arms are in that tank. Because this, my friends, is what is creepy about flirting at the gym.

“Make it about their workout and not their body,” Gentile says. “As soon as someone brings attention to your physical appearance, it becomes super invasive and can immediately cause that person to retreat. Say things like, ‘You’re really strong’ or ‘You’re working really hard—tell me about your workout.’”

Truly, this game is all about patience. Gawron says it took months for him and his girlfriend to go out on their first date. And it only happened then because she found him on Facebook after a handful of small-talk laden chats at the gym.

So, maybe, love resides between the leg curl and the smith machine for you. Or maybe it’ll be found while moving from warrior one to tree pose. Better yet, it could be found in between sets of soul-crushing squats while sharing mutual hatred for a rep count over three. And if you do find love in a Boston gym, we hope it’s as strong and passionate as Tom Brady’s love affair with pliability.