The team at Regatta Fitness is making it easy to get a great workout in anywhere and at any time. 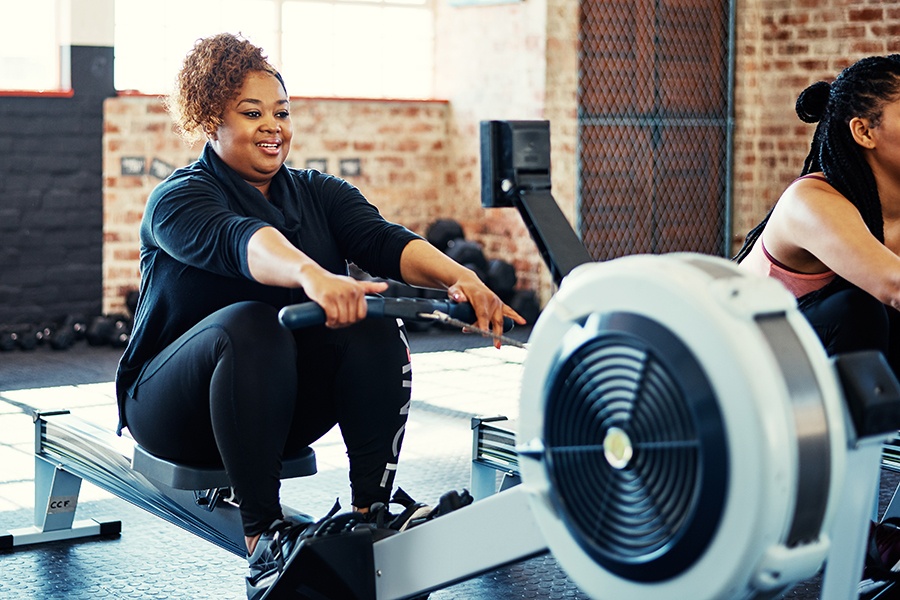 Remember a couple months ago when Hydrow launched the first-ever Peloton-like rower? Or how about a few weeks ago when Row House announced they were coming to Lovejoy Wharf? And remember just last week when we told you about Row Republic? Well, the rowing trend rages on. Regatta Fitness, a fitness film studio located in Beacon Hill, is launching a mobile app so you can take a rowing class basically anywhere and at any time as long as you have access to a Concept 2 Rower.

The on-demand app, which is $29.99/month and launches this weekend, syncs to any Concept 2 rower (yes, that’s probably the model your gym has) via Bluetooth and you’ll be able to select rowing classes based on time and intensity. Regatta’s website recommends a specific mount for your iPad, and Mike Pierce, founder and CEO of Regatta Fitness who has a long-standing relationship with the founders of Concept 2, says Concept 2 will be coming out with their own version soon. He also says it’s not entirely necessary to watch the screen, because you’ll have the instructor telling you what to do via audio. The app also gives you access to a leaderboard to track your progress and rankings against your peers.

The classes are filmed by Boston-based fitness instructors, some of whom you might recognize, like November Project leader Chris Capozzi. And random fun fact: The Regatta Fitness video team is the same one that produces Bruins and Celtics games. So, you’ve basically got the best video quality you could ask for for a fitness class. Eventually, you’ll be able to tune in to live on-demand classes with instructors so you can feel like you’re getting a full class experience.

So, what’s the difference between this and Hydrow, you ask, which appears to do something similar? Pierce tells me pretty much the only thing in common is the notion of rowing. “Our concept is about rowing for fitness, and getting a good workout in,” he says. Hydrow is more about “bringing the river home” and simulating the feel of being on the water. And more importantly, in order to participate in Hydrow’s platform, you have to buy the entire machine.

The cool thing about this is its accessibility, especially as rowing continues to gain popularity. Although Pierce was never a rower himself, he was a Navy Seal and says the erg was a big part of how they stayed fit. “It’s a good year for rowing-based fitness options,” he says. “We really think it’s immersing now.”

But they don’t have plans to stop at rowing. He hints at expanding their class offerings to include other workout machines and methods of working out like yoga, saying, “Digital fitness is emerging in a big way and we have an awesome team putting it all together.”