The Founder of Sweat Fixx Has Something to Tell You

And it's not to row faster or do more squats. 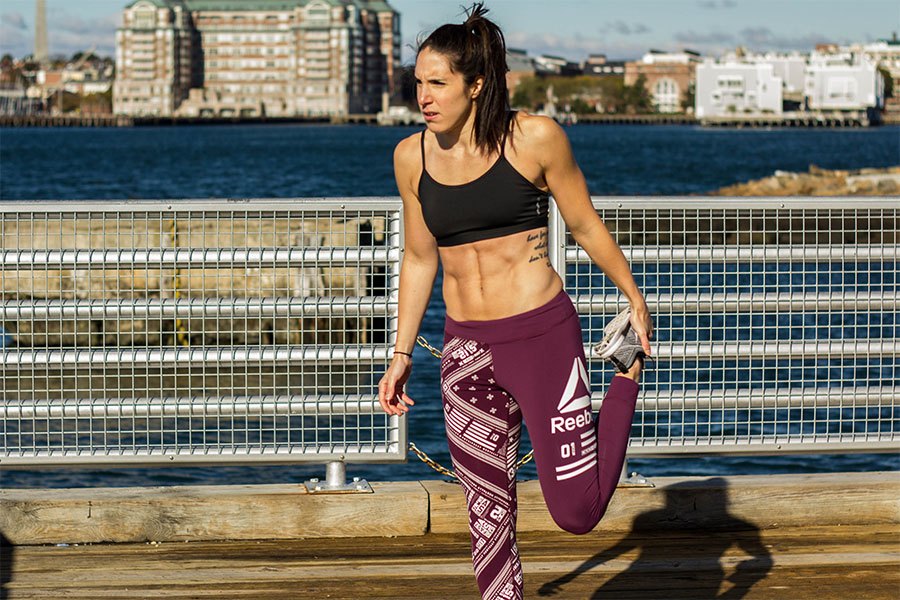 To be successful in the fitness industry, you need two things: passion and grit. The days are long, the work is physically demanding, and if you build your following right, thousands of people look up to you. It’s a pressure that not many can handle, and a responsibility few are cut out for. Elise Caira, founder of the rowing-based fitness concept called Sweat Fixx, has no shortage of passion or grit, and shows up relentlessly everyday for her loyal following. But what not many people might know about the popular fitness instructor is that she has been living with an incurable disease for the past year and a half.

“Time slowed down like it does in the movies,” she says. “I was on the treadmill when I received the call.” In October of 2017, the then-28-year-old Wakefield native, who had just opened her second Sweat Fixx studio in Arlington, had gone in for a routine MRI to determine how large an umbilical hernia was before deciding to surgically operate. What she wasn’t expecting to hear was that she had polycystic kidney disease.

Polycystic kidney disease, or PKD, is a genetic disorder that causes cysts to grow uncontrollably on the kidneys and can change the shape of the kidneys, making them much larger than average. “My kidneys are probably double the size of yours,” she tells me. “And you could probably feel them, if you wanted. Some people’s become the size of a football.”

According to the PKD foundation, more than 600,000 Americans are living with this incurable disease, including Caira and her father. She says she watched him pass painful kidney stones and receive a kidney transplant from her aunt—which will be her eventual fate when her kidneys get to be too big. “Knowing that I will have to receive a transplant scares the shit out of me,” she says. “I’m so used to controlling everything, and if I want something I just work hard and get it, but this is something I can’t out work. It’s humbled me as a person.”

She says that it’s even more important to tell her story in an industry plagued with perfectionism. “It shows you’re a real person, that you’re not this perfect fitness trainer who eats acai bowls and goes to Barry’s and Soul Cycle,” she says. “It shows you’re not a machine.”

So why did she wait to tell her close-knit Sweat Fixx family and the Boston fitness community, who probably would have backed her no matter what? “I’m used to being the strong one,” she says. “Being vulnerable isn’t something I’m known for. I didn’t even want my family to know.”

The only people who have known are her immediate family and a few of her closest friends. When her mother was re-diagnosed with pancreatic cancer in the summer of 2018, she says her own health had to go on the back burner. And all her attention went to her mom, who ultimately passed away in August.

Now 29, Caira has adjusted to life with her illness. She tries to limit the amount of protein, salt, and caffeine she consumes, which can all be hard on the kidneys. She also stopped taking birth control and drinks more than a gallon of water a day. “All I can do right now is monitor the growth of my kidneys and slow that process down,” she explains. And as for her fitness routine, not much on that front has changed. But when the time comes to take it easier, because of the inevitable kidney transplant, she says she’ll be extremely upset. Working out for her is a release and a big part of who she is.

“My perspective has truly changed from all of this,” she explains. “It’s been a tough year, but also so many good things have happened. I’ve realized what’s important and what’s really not. I’m realizing that I need to grow and adapt and be brave, if not for myself, than for other people.”

March is National Kidney Disease Awareness month, so Caira decided to make her announcement now and use it as a platform for something greater. On March 23, all three Sweat Fixx studios (Wakefield, Arlington, and Southie) will be hosting a 10k relay row in support of PKD research.

“We do so many Karma Fixx’s [donation-based classes for charity] through Sweat Fixx and I just started to feel like a phony, because I have this community who would support me no matter what and I wasn’t even supporting research and funds for my own disease,” Caira says.

And the biggest thing she wants everyone to know is that this doesn’t mean anything for Sweat Fixx, or really for her. Right now, all Caira can do is monitor how fast her kidneys are growing and maintain a healthy lifestyle until the time comes for a transplant. “If I was still sitting at my corporate public accounting job when I found this out, I would have been so bummed,” she says. “I’m not slowing down at all. This is driving me more than ever. I took a chance then, but what do I have to lose now?”

For more information on the 10k relay row and to read Caira’s blog post: sweatfixx.com.