It may only be 30 minutes, but can you survive all 10 rounds? 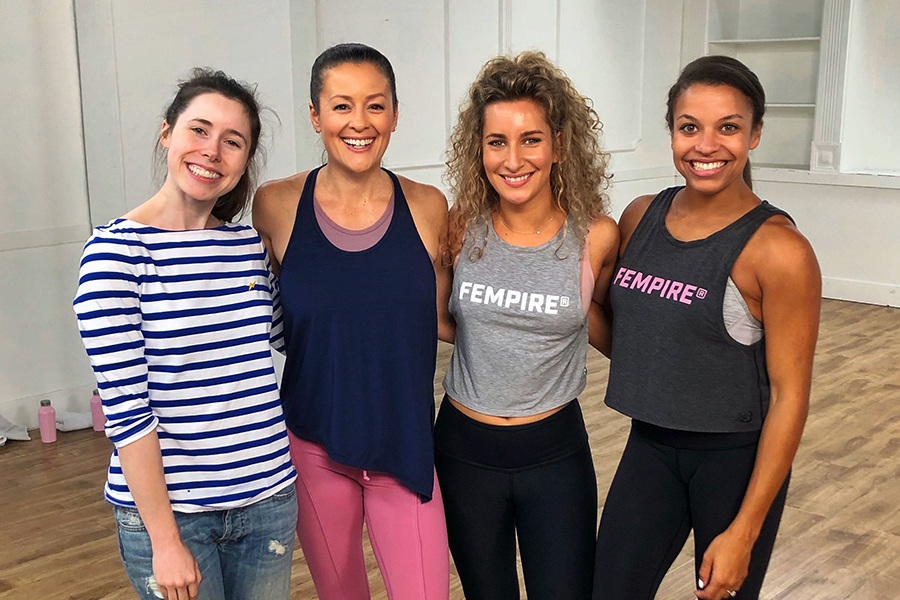 Eliza Shirazi has had her hands full. As the founder and creator of the high intensity dance and kickboxing fitness class Kick It By Eliza, she’s been traveling from Boston to New York City filming workouts for the online platform NEOU Fitness, hosting classes at the Kick It studio in the Seaport, and now has just launched a video on PopSugar Fitness.

The workout video, which spans 30-minutes, can be found online at popsugar.com where you can follow along for free. Shirazi says this is something that has been on her bucket list since she was in college and when PopSugar asked to feature her she was stunned. “Being on set for the first time I actually felt a little star struck,” she says. But you can hardly tell as you watch her gracefully lead the two other women in the video. Her sidekicks include senior Kick It instructor Emily Crocker and PopSugar host Anna Renderer, who were both previously based in Boston.

“There were many moving parts to this shoot day, but having Emily by my side was a treat,” Shirazi explains. “To have her there was a moment of wow, look how far this thing has grown since our UMass Amherst days together!” The three ladies, clad in Fempire gear—which is the term Shirazi has given her loyal community—can be heard joking with each other about how bad their legs are burning and they high five when it’s time to cool down. The general vibe throughout the video makes it feel less like a studio production and more like a fun hangout with your girlfriends.

If you can  keep up with the fast-paced, high flying kicks of Shirazi you’ll have no problem getting through all 10 rounds. But if you need to make modifications, Shirazi makes it clear at the beginning of the video that modifications will be provided so that any fitness level will able to participate. Each round incorporates dance, strength training, and kickboxing and no equipment is required. Plus, there’s a cool down and short meditation at the end to leave you feeling ready for whatever the rest of your day will bring.

The video has received over 200k views in less than 24 hours, after being released yesterday, and Shirazi says the response has been overwhelmingly positive. She’s ecstatic her message is being received through the video. “No matter what class, digital fitness platform, or audience we are reaching, the Kick It message is always focused around the Fempire,” she says. “We want women of all walks of life to feel empowered from the inside out, find community, and have a fierce sense of support for one another.”