Is a popular diet to blame for a common personal-hygiene problem—or is it something else that stinks? 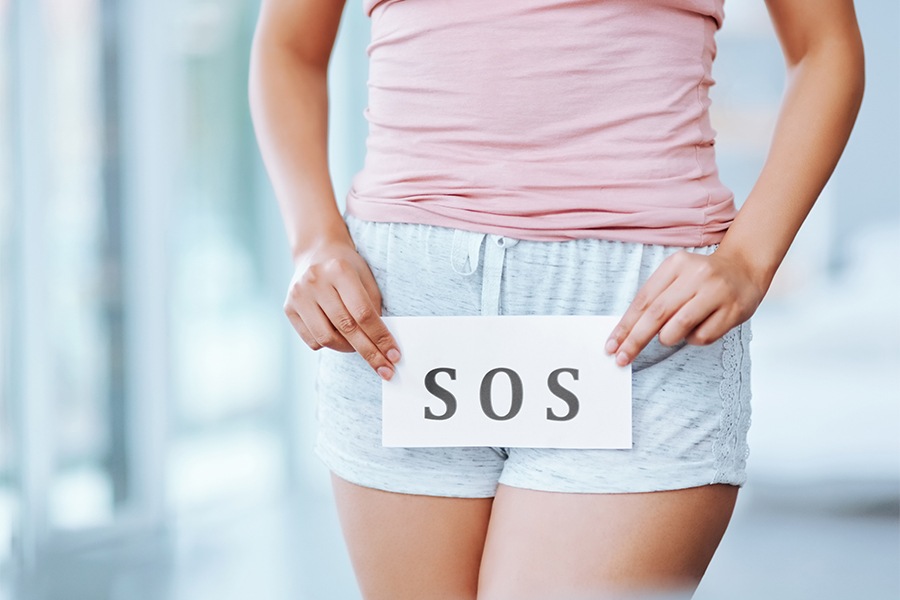 Earlier this month, my social feeds were flooded with reports about something called “keto crotch.” The ketogenic diet—a low-carb, high-fat eating plan—has been labeled a fad, but it’s something that’s actually been around for millennia. So when I read in a Health.com story that “some women say that they’re experiencing one especially nasty keto diet byproduct: keto crotch, or a stinky vagina,” I was curious why I’d never heard of it before. Then I saw the headline “Keto Crotch Might be a Surprising Side Effect of a Low-Carb Diet” from Women’s Health. Before I knew it, articles like this were splashed across Shape, Forbes, The New York Post, and Fox News; within three days, more than 35 outlets had covered the condition.

Most accounts of keto crotch mentioned in these stories originated on Reddit. So I clicked over to the website and looked them up myself. Strangely enough, I found that most of the women (and there weren’t very many of them) who asked if a fishy smell coming from their nether-regions could be related to a low-carb diet did so several years ago. Now photos of salmon fillets meant to look like labia were being published everywhere, suggesting hordes of women were experiencing this today. What was going on?

The articles themselves were far less egregious than the headlines. Most experts said that while there is no research on the topic, if women are complaining about it, perhaps there should be. The only piece that gave any clinical significance to the phenomenon appeared in Forbes. In it, Bruce Lee, an associate professor at Johns Hopkins, cited a study published in the Journal of Nutrition that found “an association between having more severe bacterial vaginosis and consuming diets higher in total fat and saturated fat.”

There was only one problem: The 2007 Journal of Nutrition study wasn’t studying women following the high-fat, low-carb keto diet. Rather, the subjects were eating a high-fat and high-carb diet. I called Lee to ask him about it. “It doesn’t seem like the women [in the study] were actually on a low-carb diet,” I said. “The 25th percentile of those subjects were eating hundreds of grams of carbs a day.”

“The purpose of the study was not to evaluate low-carb versus high-carb diets,” Lee responded. “It was just a rough correlation. So you’re absolutely right.”

I was confused. Lee’s article was about whether the keto diet caused vaginal odor. Citing a study with a different “purpose” felt to me like a deliberate misrepresentation of the facts. When I pressed him, Lee said that he believed the research was relevant because it suggested food intake could have an impact on vaginal odor.

Having called into question the one clinical study cited in the articles about “keto crotch,” I moved on to OB/GYN Sherry Ross, author of the book She-ology and one of the only doctors interviewed in the articles who believed it was really a thing. When I called to ask why, she had a simple explanation: “You know, as soon as you consume asparagus, you have an odor in your urine. People who smoke or eat heavy garlic, diets of onions or too much curry—there’s a long list of fermented foods, for example, that can also cause more offensive smells.”

“But none of those are low-carb [diets] specifically,” I said, pushing back. “It sounds like you’re blaming garlic rather than say, fat, which is what the keto diet is about.” Ross then pointed to a theory I’d read about in several articles on the subject: When a person restricts carbs, it kick-starts a metabolic process called ketosis, which can temporarily lead to bad breath and sweet-smelling urine; wouldn’t it stand to reason that it could also cause a vaginal odor?

Maybe—but maybe not. Ken Berry, a family doc and keto-diet enthusiast with a popular YouTube video on the topic of “keto crotch,” told me what he found most ironic about the articles is that in his experience treating hundreds of women who follow low-carb diets, he’s seen a dramatic decrease in pelvic issues that are usually the cause of bad odor. “Scores of women who used to have a bladder infection six, seven, eight times a year, and now with low-carb, they have one a year or none,” Berry said of his patients. “And then the same goes with the bacterial vaginosis and the vaginitis both caused by yeast and by bacteria. The incidence of all these things have plummeted.”

So how do actual keto-diet followers feel about all of this? Cambridge resident Bridget Hanna, who started the Meetup.com group Greater Boston Keto, says that while the “keto crotch” headlines made her chuckle, it isn’t something anyone in her 200-plus-member group has spent much time talking about. “Generally, there are two kinds of press about keto: inflammatory pieces or endless recipes—not a lot of sensible conversation,” she says.

“Keto crotch,” then, is a great example of how a catchy mnemonic device can grab hold of the media and spin itself round and round, until it begins to look credible. The attention-grabbing headlines created the momentum, then the experts looking to plug their books weighed in.

During the course of reporting, I heard several people defend the panic-inducing articles by saying, “Any time women are talking about vaginal health, it’s a good thing.” But my reaction was a little different: Why are we body-shaming women into worrying about how their vaginas smell? Can you imagine a post with the headline: “Men on High-Carb Diet Go Limp”? Stories like these, which aren’t based on any legitimate scientific research, can greatly undermine women’s health—that is, if we let them.