Meb Keflezighi Will Serve as the 2019 Boston Marathon Grand Marshal

Five years ago he broke the tape in historic fashion. 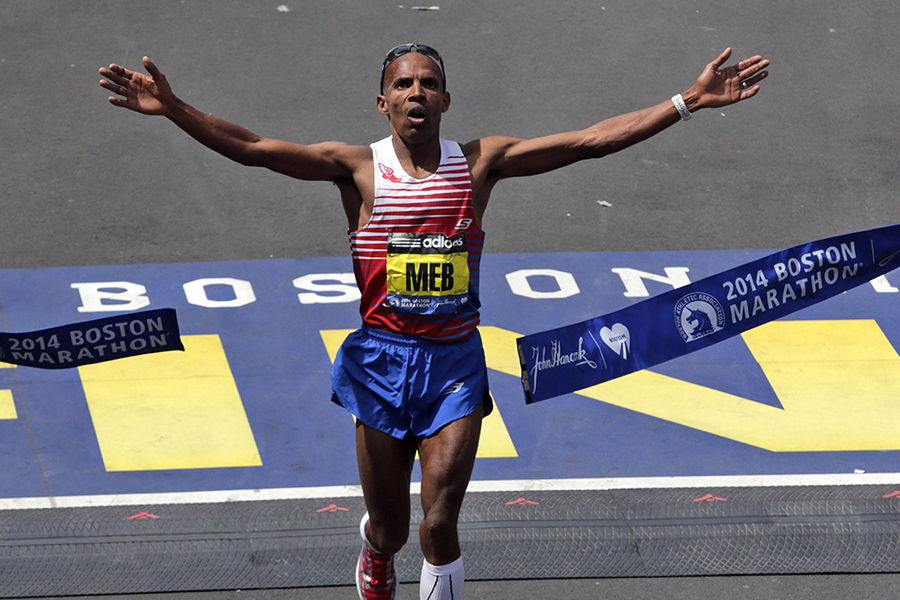 This year, Meb Keflezighi might be trading in his running shoes and bib number but he’s not trading in his position at the front of the pack. The B.A.A. announced today that the four-time Olympian, and 2014 Boston Marathon winner, will serve as the grand marshal for the race this year on April 15.

In 2014 Keflezighi became the first American man since 1983 to win the storied event, and finished with one of the fastest official times in history at 2:08:37. He was an inspiration for all that year having crossed the tape just a year after the bombings with the names of those lost on his bib number. And he remains one of the only athletes in history to have won both the Boston and New York City Marathons and has an Olympic Marathon medal.

“We are proud to welcome back Meb on the five year anniversary of his triumphant victory,” Tom Grik, chief executive officer of the B.A.A., said in a release. “Running to the chants of ‘USA! USA!’, Meb’s victory five years ago was a symbolic moment that transcended sports. Meb helped our entire community celebrate the resilient and determined spirit of Boston, and we look forward to having him back as grand marshal of this year’s race.”

Last year, Keflezighi ran the Marathon for Team MR8—a non-profit named in honor of eight-year-old Martin Richard who was killed at the finish line in 2013 during the bombings. The organization provides opportunities for young people to learn and grow through community programs.