Should Women Be More Angry? 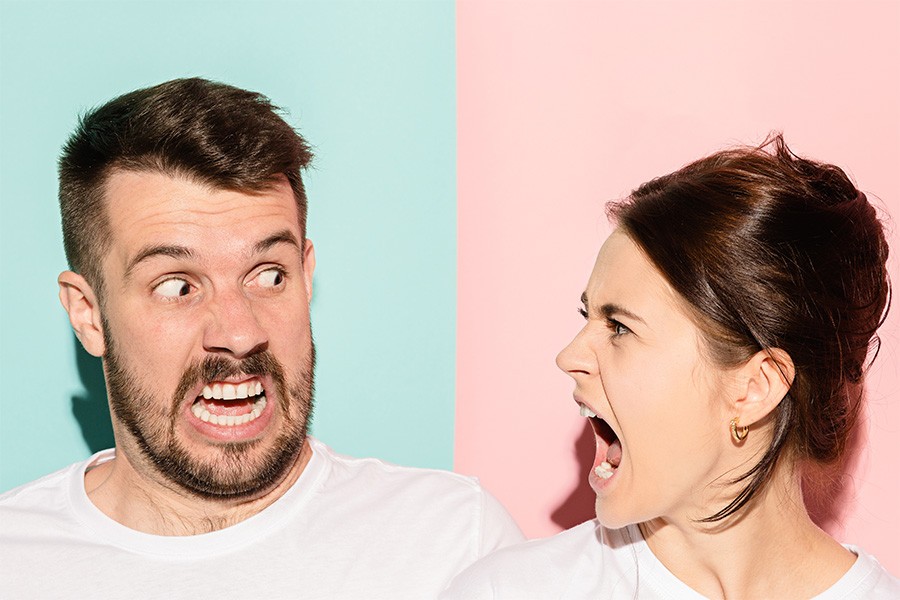 We’ve all been there: the endless line for the bathroom. Waiting to use the toilet is a part of the collective female experience, one so ubiquitous that it’s not given much thought. Yet right across the way, we watch enviously as men go in and out with no delay, while we inch a few feet closer to our stalls.

Conventional wisdom is that women just take longer: We have periods. We have smaller bladders. We sit. We’re usually the ones who have to take young children to the potty. But that explanation fails to take into account a larger question: Why aren’t public spaces designed with women’s needs in mind in the first place?

This week on my podcast, “Empowered Health with Emily Kumler,” I talked to Soraya Chemaly, author of the bestselling book Rage Becomes Her and a TedTalk favorite, about the conversation happening right now around the subtle ways women experience life as if we’re guests in a man’s world—and how that affects us both psychologically and physically.

“The case I’m thinking of was a stadium, maybe in Chicago or Seattle,” Chemaly told me. To help combat the frustrating queue, the venue decided to make its women’s restroom bigger—but in order to do so, it had to take space away from the men’s room.”The men complained because all of a sudden, they had to stand in lines, too,” she said. “And when they complained, the bathrooms reverted into equal-size spaces.”

Herein lies a key difference between the sexes: The men complained. Whereas for millennia, women have been taught to quietly accept our fate, to “be nice,” to conform. Underneath that placid façade, though, the realization that our body parts come with a nonnegotiable waiting period can make a girl pretty pissed off.

And we don’t only feel that simmering anger when we’re stuck in line. We feel it at work, when we’re passed over for a promotion even though we’re clearly more qualified than the guy who got the job. We feel it acutely when we’re in extreme pain and forced to wait longer than men for relief. According to a story in the Atlantic, men who present with abdominal pain are given analgesics within 49 minutes on average, whereas women wait 65 minutes. This is not only physically painful, but psychologically invalidating. “It becomes a really circular problem,” Chemaly said. “You say, ‘I’m in pain. Somebody says, ‘Oh no, you’re not,’ or ‘You can’t really be serious. It’s not that bad.’ And then you get angry. And the response to that is, ‘Don’t be silly. Why do you sound so angry?’ And it creates this really bad feedback loop.”

In her book, Chemaly takes a practical approach to women’s relationship with anger: How does the societal stance that we’re better off keeping our feelings to ourselves, she asks, affect our relationships—and what does it do to us biologically? “I was really focused on what happens if people suppress or repress anger and strong negative feelings,” Chemaly said. “And what seems to happen is that it degrades health in many, many ways.” She pointed specifically to autoimmune disorders, chronic pain, eating disorders, and anxiety, which afflict women at far greater rates than men.

But it doesn’t have to be that way. Chemaly, for her part, believes that anger is actually one of the most “hopeful and forward-thinking of all our emotions. It bridges the divide between what ‘is’ and what ‘ought’ to be, between a difficult past and an improved possibility.” In other words: Instead of viewing anger as an illness, perhaps we should consider it a flashing warning sign, a symptom of an injustice—and then fix the underlying problem.

So how do you harness that pent-up resentment and make it work for you? Step one, Chemaly said, is to acknowledge the feelings for what they are. Then talk about them—don’t hold them in. People may be uncomfortable at first, and that’s okay: When women are angry, Chemaly explained, they’re often taught to turn that rage into sadness. But anger is active, and sadness is passive. Let your anger drive your desire for change, Chemaly advised, rather than placating others.

Then again, you could always just throw something. At Urban Axes in Somerville, coach Megan Eckles teaches men and women alike to release their emotions (and have a little fun in the process) by hurling deadly weapons in the air. Despite her incredible skills, Eckles is sometimes subjected to the same behavior from men that sparks many women’s anger in the first place. All too often, they doubt her ability and disregard her advice, even though she’s the coach. But she has a few tricks up her sleeve for when this happens: She’ll typically offer the offending man a quick pointer, let him miss a couple of times, and finally explain exactly why he missed. “A lot of them will very reluctantly do [what I suggested] and then realize that I know what I’m talking about,” she said. After that, the newly improved dude will spread the word to the other guys in the room. “I will be standing there at the back of the room listening to the guy tell the others to listen to me. And now I’m worth listening to.”

Eckles’s experience may be less than ideal, but Chemaly still believes men should play a role in helping women achieve a more equitable place in the world—one where our experiences and emotions aren’t overlooked. “A lot of times men will come up to me and say, ‘What can I do?’” she said. “I say to them: ‘What you can do is listen, which in fact is doing something.’ We just don’t teach boys and men that listening is an action. Because I think for them, listening is passive, and we socialize people to think of masculinity as tightly bound up with activity. And what we need men to do is just listen and then to believe us.” If that happened, maybe women would have a lot less to get angry about in the first place.