Hear from the First Woman to Officially Run the Boston Marathon

Kathrine Switzer will be speaking on a panel at Equinox as a part of this year's festivities. 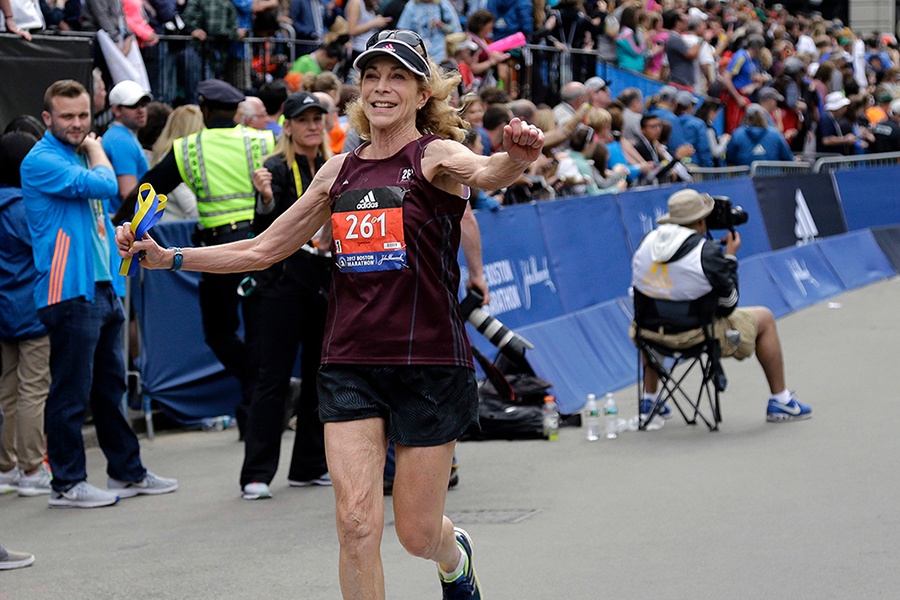 Kathrine Switzer, the first women to officially run the Boston Marathon with a registered bib, is like a long-time friend of the race and the city of Boston. She has only ever missed two Patriot’s Days since her historic run in 1967 and during Marathon weekend you can catch her at a handful of events and speaking engagements.

This one, hosted at the downtown Equinox on April 11, is a panel discussion featuring an Equinox spa educator, a sleep specialist, and a coach from the Precision Run Lab—Equinox’s state-of-the-art indoor running studio. They will each talk about recovery for runners and what it takes to tackle the 26.2 behemoth of a race.

Switzer will speak to her journey in the sport of running, as well as the moment she made history all those years ago. Last year, we were able to sit down with her and talk all things running, Boston, and her non-profit 261 Fearless—a group she created to empower and unite women through the creation of local running clubs.

She told me that during the race in 1967—which some of you might recognize the iconic picture in which her boyfriend at the time had to push officials off of her as she made her way through the race course—that she wondered why other women weren’t there. “And I realized it was because they didn’t have the same opportunities. I told myself after that race I was going to create those opportunities. At the time I didn’t know what that looked like, but I was determined.”

And the 72-year-old certainly kept her promise to herself all those years ago and has used her platform and dedicated her life to push for equal rights for women in both sport and in life. If you’re looking for that kind of inspiration in your life, this panel is a good place to start.

Quite possibly the most impressive thing about Switzer is that she’s not even finished yet and she uses running as a beacon to unite and inspire people of all races, genders, and nationalities. Because as she says, “At the end of the day we’re out here sweating together and we’re going to hug each other at the finish line, and I will trust them with my life.”