A Cure for Type 2 Diabetes?

A recent study suggests there might be a better treatment for one of the world’s most common diseases—and (surprise!) it doesn’t come in a syringe. 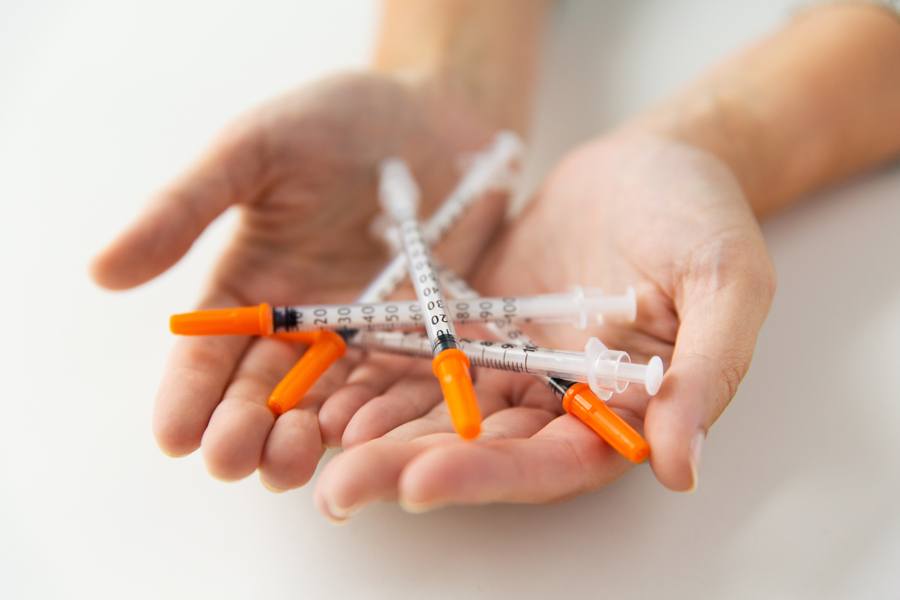 Kim Shepherd didn’t tell her husband of 34 years where she was going when she hopped in the car three years ago and drove an hour and a half from their house in search of a solution to her health problems. She’d tried so many treatments before, she couldn’t bear to get anyone’s hopes up again.

Shepherd weighed 328 pounds, and was a type 2 diabetic. I say “was” because she is no longer one.

“I had been on the Toujeo pen about a month, maybe six weeks,” Shepherd said. “It was miserable. I mean, you’re sticking your stomach, you know? And I just thought, I can’t do this.”

Shepherd isn’t the only one who has endured this suffering. More than half of Americans are prediabetic or diabetic, and those figures are only projected to grow—as are the costs. Currently, the disease runs the United States $350 billion a year, with an estimated one in every three Medicare dollars spent on care. “Diabetes is one of the biggest global health crises of the 21st century,” said Margaret Chan, the former director general of the World Health Organization, in late 2016. It’s “a slow-motion disaster.”

The disease is, by definition, an intolerance to carbohydrates: When the body fails to produce enough insulin to stabilize the blood-sugar spikes caused by carbohydrates, especially sugar, it needs an outside source. For most diabetics, the course of treatment focuses on management: As you get sicker, medical professionals prescribe more drugs.

But this treatment begs the question: If diabetics are essentially allergic to carbs, wouldn’t it make more sense for them to avoid them in the first place, in the same way children with nut allergies stay away from PB&J sandwiches? That’s the question I sought an answer to this week on my podcast, “Empowered Health with Emily Kumler.” Over the past year, more than four peer-reviewed medical journals have reported the results of an ongoing clinical trial that removed carbs (think: grains, potatoes, processed foods, and fruit juice) from diabetics’ diets in a highly supervised way. The results were astounding: 60 percent of the subjects reversed their disease and 94 percent of subjects were able to eliminate or reduce their need for insulin. In other words: no carbs, no sugar—no diabetes.

It took a disruptor to see the simplicity of this solution. Sami Inkinen is a world-champion triathlete and the cofounder of Trulia, the online real estate giant. He’s also a data geek who tracks calories and works out obsessively. So you can imagine his surprise when he learned his super-fit body was prediabetic. How could that be?

After diving into research on the subject, he was confronted by a stark reality: All of the carb-loading he’d been doing had put him on a path to diabetes. He realized he either needed to prepare for a life of escalating dependency on insulin or change his diet—and lo and behold, eliminating his daily servings of bread and pasta helped him get healthier. After Zillow bought Trulia for billions a few years ago, Inkinen decided to launch Virta Health, with the goal of funding a clinical trial looking at how diabetics responded to a low-carb diet and eventually offering the service to non-subjects for a fee.

Run by medical director Sarah Hallberg, who also founded Indiana University Arnett’s Medically Supervised Weight Loss Program, the study was straightforward: Recruit diabetics, give them continuous glucose monitors, and pair them with health coaches to monitor their glucose levels in real time. Soon, care teams were able to make recommendations for lowering or eliminating medications, knowing patients no longer needed them because they’d stabilized their blood sugar by eating the right foods.

Hallberg was revved up when she explained to me that the way we’ve historically cared for diabetics—by giving them more and more medicine—only perpetrates itself. “The standard of care is that this is a chronic and progressive disease,” she said. “And I will tell you that I 100 percent reject that idea. It’s chronic and progressive only if you treat it with what has typically been the standard of care. But when you restrict the cause—you restrict the carbohydrates—the physiology is on the patient’s side, actually.”

Given that the American Diabetes Association still recommends the standard, high-carb American diet, I wondered what the medical establishment thought of Hallberg’s findings. “I think there are some patients that can benefit from that. Absolutely,” said Robert Gabbay, chief medical director at Joslin Diabetes Center, considered the largest research facility dedicated exclusively to the condition. Given the biggest risk factor for diabetes is being overweight, though, he believes however a patient can get the weight off—whether through low-carb, restricted-calorie, or low-fat diets—will improve their health.

But doesn’t recommending diets high in carbs ignore the underlying problem in diabetics: a dysregulation of hormones cause by spikes in glucose? No one experiences insulin spikes when they eat fat, I pointed out. “It’s all about maintaining good blood-sugar control when you have diabetes,” Gabbay responded. “And there are different ways to do that. One is to cut back your carbohydrates and your blood sugars may be better just because of that, or you could eat carbohydrates but maintain a normal weight or lose weight and may need appropriate medication.” When I mentioned that most patients would probably like to know that there are options—meds or eliminating carbs—Gabbay agreed.

Gabbay’s biggest criticism of the study is the same as many of Hallberg’s detractors: “It requires a pretty significant ability to adhere to something that not everybody’s willing to do.” Hallberg, who hears that a lot, likes to remind skeptics that when the government told people to eliminate fat from their diets, they did it—why is this any different? The diet she recommends, she said, is the one humans ate for millennia up until fairly recently.

It certainly worked for Kim Shepherd: Just four months after she got into her car without telling her husband to enroll in Hallberg’s trial, she’d already lost 50 pounds and improved her cholesterol, blood pressure, AIC, and fasting glucose levels. “I had to go into my primary care doctor and be like, ‘Yeah, um, I’m not on Toujeo anymore. I’m not on Glipizide anymore. I’m off two blood-pressure medicines.’ He was all for it. But, honestly, I just really wanted to be like, ‘So why didn’t you think of this?’”