Women, Weed, and Sex: What You Need to Know 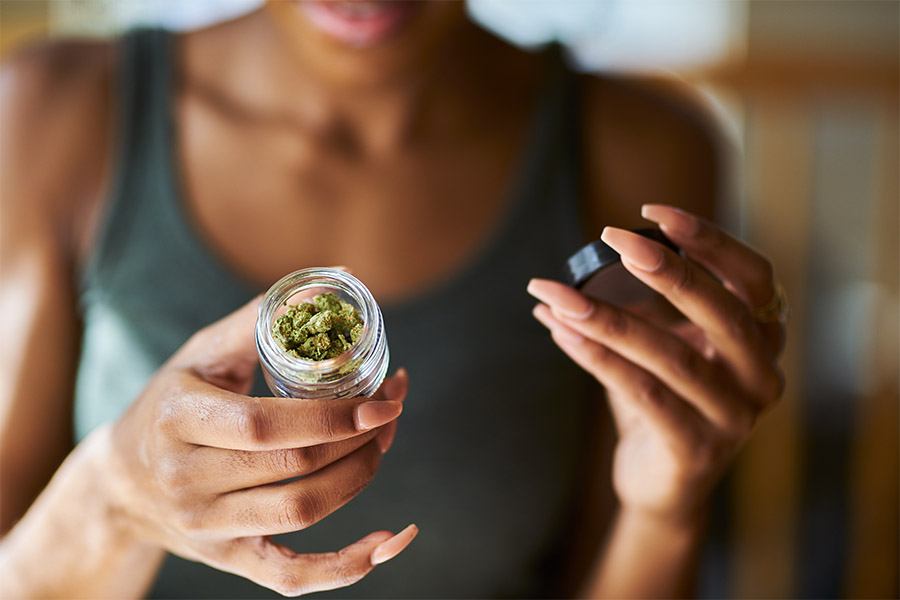 Amanda, a Boston-based healthcare professional, has been experimenting with marijuana on and off for six years. She isn’t looking to get stoned; rather, she’s been using the drug to help her sleep and eat better, but over the years she’s realized one interesting side effect.

“I am definitely hornier if I smoke or if I take an edible,” Amanda says. “It really makes my sex drive better.”

As newly legal recreational pot shops continue to pop up across Massachusetts, this week on my podcast, “Empowered Health with Emily Kumler,” we explore how women experience this drug differently than men, as well as a lesser-known use of cannabis: as a female aphrodisiac.

Becky Lynn, who sees women with problems ranging from low libido to painful sex to difficulty with orgasm as director of the Center for Sexual Health at Saint Louis University, first noticed this trend among patients a couple years ago. “[They] would come to me and they would say, ‘Well, you know, if I smoke marijuana or use marijuana, then I can have an orgasm or my libido’s better,’” she told me on-air this week. When she couldn’t find much research on the topic, she decided to conduct her own study. Enlisting the help of her fellow practitioners in a university practice that treats women for all kinds of reasons, Lynn surveyed 300 female patients. “What we found was that the majority of women noted that [marijuana products] did improve the overall sexual experience,” she said. “It did improve libido, it lessened pain, it improved their orgasm.”

I wondered: What is it about marijuana that is helping women, in particular, enjoy sex more? Rebecca Craft, a professor of psychology at Washington State University who researches the effects of drugs on behavior, may have the answer. In one study, Craft found that female rodents experienced about a 25 percent increase in sensitivity to the pain-relieving effects of THC (the active ingredient in cannabis) during ovulation, when their estrogen levels were rising. When the estrogen dropped and progesterone levels came up, their sensitivity to THC dropped and became similar to that of male rodents.

Though Craft was clear that her work in rodents doesn’t conclusively translate to humans, she said it’s well established that women experience a heightened sensitivity to pleasurable stimuli during ovulation as well. “I would say definitely when [estrogen is] really peaking during ovulation, for example, there’s more dopamine activity in that pathway, and this makes females more sensitive to all types of rewarding stimuli, including food, drugs, and sex,” she said. “Presumably it evolved to make us more amenable to social interaction…when we’re most likely to be able to become pregnant.”

Lynn, for her part, believes the link between weed and increased female sex drive has to do with three things THC does to the mind and body: It “reduces your anxiety, so you might feel more comfortable, and it slows down the perception of time and causes heightened sensations,” she said. “So whatever touch you’re feeling seems bigger in your mind.”

Like so many health issues, though, everyone I spoke with for this piece mentioned that there is scant clinical research on women’s sexual health, and that hopefully more interest will lead to more research, which will give us concrete answers in the future.

In the meantime, Amanda will continue frequenting dispensaries (she particularly loves the Brookline location of NETA) to help with her sleep, her appetite—and her romps between the sheets. “Pretty much every time that I smoke or if I take an edible, I’ll definitely be more in the mood and everything feels better and it’s just a better experience,” she says.