Do You Know Your Hospital’s C-Section Rate?

Where you deliver your bundle of joy could have the biggest impact on your birthing story. 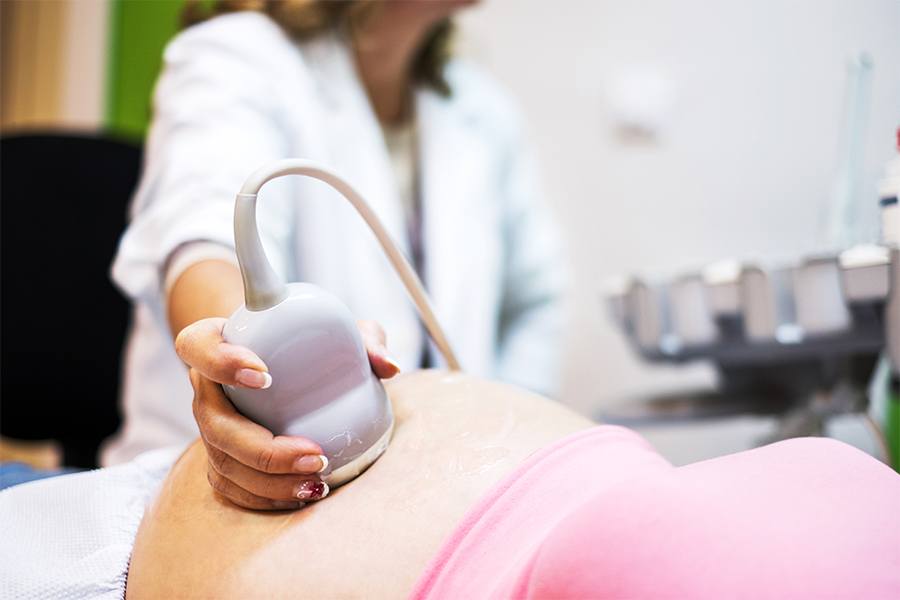 I’m going to tell you a dirty little secret about giving birth that I think more women should know. Regardless of your age, weight, health, or even your choice of doctor, the most significant variable when it comes to whether you’ll end up having a Caesarean section is where you deliver—and I don’t mean at home or in a hospital. I mean which hospital you go to.

Within 50 miles of Boston, there is a drastic difference in the rates of C-section by hospital. In 2018, for example, the lowest rate was 10.8 percent of births at Heywood Hospital in Gardner, and the highest was 41 percent at the Parkland Memorial Hospital in Derry, New Hampshire, according to data collected by the Leapfrog Group, a national not-for-profit dedicated to hospital transparence. Even close to town, the range is significant. CHA Cambridge Hospital’s rate was 18.7 percent, whereas just a few miles away, Winchester Hospital’s rate was 29.4 percent and the popular Newton-Wellesley Hospital was 27.8 percent.

Nationally, one in every three American women delivers her baby via C-section, a rate that has increased more than 500 percent since the 1970s, making it the most common surgery performed in the United States. Though the procedure is often necessary and lifesaving, experts estimate that rates exceeding 10 percent are collectively more dangerous for mothers. According to the Centers for Disease Control, C-section risks include a greater chance of death and postpartum complications; longer recoveries than vaginal deliveries; and long-term health issues that can last the duration of a woman’s life, including a greater probability of needing a hysterectomy and a greater chance of suffering complications from that hysterectomy. C-sections can also make future births more complicated.

And yet to physicians, they often seem like the right decision when faced with a difficult delivery. This week on my podcast, “Empowered Health with Emily Kumler,” I spoke with Neel Shah, an OB at Beth Israel Deaconess Medical Center. He said when he performs a C-section and the baby is pink and breathing normally, everyone in the operating room sighs in relief: “The baby is okay—thank God we did the surgery.” When the baby comes out pale or looking distressed, meanwhile, the reaction is also one of relief. This confirmation bias makes it difficult to study C-sections, yet we know we’re doing far more today than we used to. We also know that more women are dying in childbirth than they used to: In 1987, the maternal mortality rate was 9.1 deaths per 100,000; today it’s closer to 18 per 100,000, according to the CDC.

Thankfully, not everyone is content with the status quo. In 2017, Shah, who also serves as director of the Delivery Decisions Initiative at Atul Gawande’s Ariadne Labs, published the results of a two-year study comparing 54 hospitals and more than 220,000 deliveries in the Journal of Obstetrics and Gynecology. In it, he identified 16 factors that influence the functioning of the labor and delivery floors and contribute to the likelihood of increased C-section rates, from staffing levels to communication. Together these individual variables make up the “culture” of the floor, and Shah found that when the culture is poor, medical staffers tend to push the mom’s voice out of the conversation about her care—which ends up being one of the biggest predictors of high C-section rates. “Turns out listening to the mother and respectfully believing her when she’s expressing concern or pain is paramount to safely giving birth,” he said.

As a result of his findings, Shah designed a new initiative, called Team Birth Project, that’s already started rolling out in American hospitals—including South Shore Hospital, where the 2018 C-section rate was 28.8 percent. The goal? Make the best choices for mother and baby in the short-term and the long-term by involving the patient in all of the decisions made. The program calls for a dashboard, which can be as simple as a whiteboard kept in the mother’s delivery room, that lists her progress and houses all communications among the medical team—thus forcing decisions about labor to be made in front of the patient. “It makes the mom’s voice louder by making the whole team accountable for including the important information that only she can provide about her preferences, symptoms, energy, etc.,” Shah said.

This is something Ginger Breedlove, a nurse and midwife who’s been delivering babies for 40 years, can get behind. She’s among the many healthcare professionals who believe that we’re intervening too much and prioritizing technology like continuous fetal monitoring over direct communication with laboring mothers. “If the majority of patients come in and have epidurals and are on monitors…then those nurses are typically not as present at the bedside giving back rubs and holding hands like I did in the ’70s as a nurse,” she said. “It’s sad to say, but I think we have lost the art of really engaging with people.”

As someone who’s spent the past few years covering this crisis, I’d like to offer my own observation: When people say they want to give mothers “a voice” or restore their role in the process, it is a polite way of saying: We need to remind ourselves that they are people. We need to restore their humanity. A birthing mother is going through one of life’s greatest transformations, one of the most profoundly important experiences imaginable, and she deserves our full attention and admiration while she does her thing. Hooking her up to a bunch of machines and leaving her alone in a room without a coach is a recipe for a poor outcome. As a team, with her as the captain, powerful transformation can take place, but it must start with a shared sense of humanity and dignity.

Until Shah’s patient-focused initiative can be launched at every hospital, though, you’ll have to take matters into your own hands. It takes more time to fill out a baby registry than it does to look up your hospital’s C-section rates on leapfroggroup.org. In Boston, where most of us have the luxury of choices when it comes to our healthcare, we have the opportunity to vote with our feet and demand better care and a commitment from our hospitals to do what’s best for women and their babies.