Sarah Polacco, fitness director at Achieve Fitness in Somerville, is raising money in a creative way as she trains for a powerlifting meet called Pull for Pride. 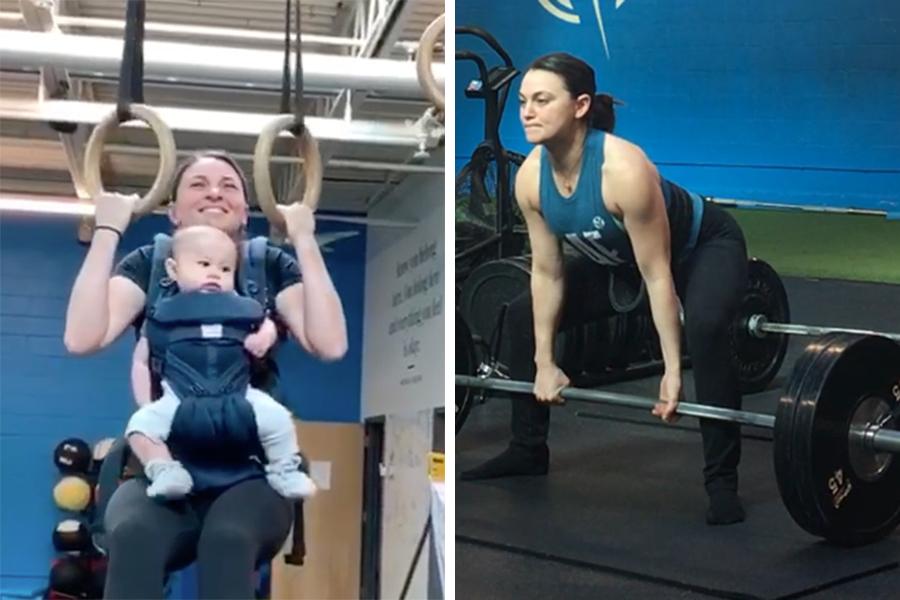 The cool thing about strength sports, like powerlifting, is that they’re typically very inclusive of everyone. They’ve gained traction among women and bring people of different backgrounds and ethnicities together for one common goal: to lift the most amount of weight possible. Plus, the sheer act of lifting a ton of weight off the ground builds confidence in a way other physical feats just don’t. Sarah Polacco, fitness director at Achieve Fitness in Somerville, was initially attracted to the sport for exactly these reasons.

“It has been a sport that is really important to me,” she tells me. “I feel more confident and strong. And have realized I am capable of so much more than I originally thought.”

But when USA Powerlifting, one of the largest powerlifting federations in the nation, banned male-to-female transgender athletes from competing, Polacco felt frustrated and angry. While she and other athletes spoke out against the decision at the time, she was looking for other ways to help the cause and looked to Women’s Strength Coalition.

Women’s Strength Coalition is a national non-profit organization, based in Brooklyn. It works to build stronger communities through increased access to strength training. Every June they host deadlift-only powerlifting competitions in 11 cities across the country called Pull for Pride to benefit organizations supporting LGBTQ youth.

Initially, Polacco reached out to the organization’s president, Shannon Wagner, to inquire about hosting an event in Boston. But she quickly realized she needed to step on the platform sooner rather than later for all the people that were currently being banned from it.

“I think the implications of this are so much more than ‘you can’t compete here,'” she says. “It’s directly saying that these people aren’t allowed to be a part of this thing that brings so much strength, confidence, and character building. And the trans population could really use something like that.”

In an effort to raise as much money as possible for the event, she decided to get creative by using her platform on Instagram, where she has just over 2,000 followers, to reach people. This creative fundraising tactic began thanks to a co-worker at Achieve, who is notorious for challenging Polacco to wacky fitness challenges. After challenging Polacco to deadlift her off the ground, giving her $10 for every succesful rep, the challenges and pledges started rolling into Polacco’s direct messages on Instagram. And some of them have been pretty absurd, not to mention quite impressive.

She received $20 for every pull-up she could do with a baby strapped to her chest (see below for how cute this particular task was). She earned $5 for every squat she could do with a friend slung across her back. And she even managed to crank out five one-arm push ups in a row, each one earning her $20. Her original fundraising goal of $1,000 has quickly doubled, and she hopes to triple it. Think you have a challenge for Polacco? Like maybe picking up a car or folding a frying pan in half? I’m sure she would be up for it. Drop her a line in her Instagram DMs.

At the end of the day, she hopes to bring her best to the platform for a Brooklyn event on June 22 and lift more than her current one-repetition max deadlift, 265 pounds. “I’m much more excited about this event than I have been for others,” she explains. “Everyone is there to be their own best self. Maybe that’s not what everyone is looking for, but for me it feels right, and is what this sport is all about.”

More fundraising shenanigans 💪🏻 … @laurenpak22 and @jasonlpak pledged $20/ pull-up with baby Kendo! He was a champ going along for the ride! Thank you Jason and Lauren for your donation! 👏🏻 … Anyone else have any fundraising challenges for my @pullforpride deadlift meet? All of the funds go towards an NYC organization that assists homeless LGBTQ youth. Thanks to everyone who has been so supportive already!