Motherhood Shouldn’t Be Something to Fear

How one public health expert is fighting America’s maternal mortality crisis by giving voice to the people who matter the most. 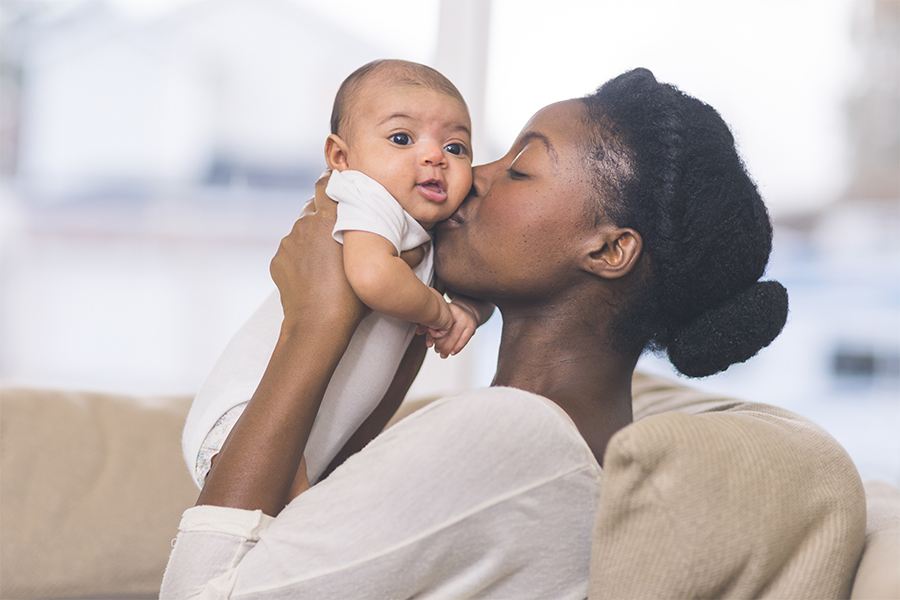 As Fatima Dainkeh sat in her class at Boston University’s School of Public Health, listening to white men lecture about the alarmingly high maternal mortality rates among black women—40 deaths per 100,000, compared with 12.4 deaths per 100,000 for white women—she felt her whole body tense up. Why, she wondered, was no one asking the people actually experiencing this inequity—black mothers—for their perspective in all of this?

Dainkeh’s parents came to the United States as refugees from West Africa because they believed they’d have more opportunities here, only to arrive and find discrimination and other roadblocks that made the American dream feel less than attainable. So Dainkeh recognized the hardships these new mothers faced in the delivery room and beyond—doctors not listening to them or brushing off their concerns, sometimes with catastrophic consequences—had likely started affecting their lives much earlier. “All you really have to do is think about that mother before she had a child. And think about that mother as a child. And imagine what their experience has been,” she says. The fact is, black women experience systemic racism in healthcare across the board, but when it comes to giving birth, it can be life or death.

Mary-Ann Etiebet, who runs Merck for Mothers, a $500 million initiative focused on maternal mortality, broke it down for me this week on my podcast, “Empowered Health with Emily Kumler.”

If all of that sounds appalling, that’s because it is. But after that frustrating lecture at BU, Dainkeh became sick of hearing the same story. So she decided to flip the script and tell a different one—one not from the point of view of the medical establishment, but from black mothers themselves in the Dorchester and Roxbury area. As part of an independent project, she interviewed more than 18 women about birth, motherhood, and their experiences with discrimination. “I asked them questions about life before even becoming a mother,” she said. “And what it means to be black. Also, the joys. What does it mean to be you, yourself, in your own body?”

Produced with help from the Boston-based media agency EmVision Productions, the resulting YouTube film, Stories of Black Motherhood, is only eight minutes long, yet its impression is lasting. In it, Josette Williams, a single mother of a daughter, says that she recognizes she has a conscious choice: She can spend her time worrying about how other people will try to oppress her child, or she can work to remind her of all her assets, her abilities, and how much she is loved, which will help her be strong in the face of inevitable adversity. She is choosing the latter. “[The moms are] not always talking about the problems,” Dainkeh said. “They’re talking about the changes that they want to see. They’re having faith in things that have yet to manifest, but they believe that it can manifest. That’s the work I’m interested in.”

Dainkeh, who completed her master’s at BU and now helps facilitate conversations about race at schools, businesses, and hospitals in her job at the nonprofit YWBoston, said she hopes the movie will help give black mothers an essential voice in this crisis: “Doctors, nurses, healthcare practitioners need to work from a model of partnership and not ownership. You do not own bodies. You offer your knowledge and expertise,” Dainkeh said. “But always, always realize that the person…you are providing the service to is who you should be listening to.”

Want to join Dainkeh in demanding better for moms in our country? Ahead of Mother’s Day, Mayor Marty Walsh and Governor Charlie Baker have declared May 6 to 12 Maternal Health Week in Massachusetts. It’ll culminate nationally with the March for Moms in Washington, DC, on May 11, which is a chance for women to raise their voices together for a brighter tomorrow.