The Somerville wine bar at Bow Market is donating 100 percent of its sales from rosé to the Yellowhammer Fund in Alabama. 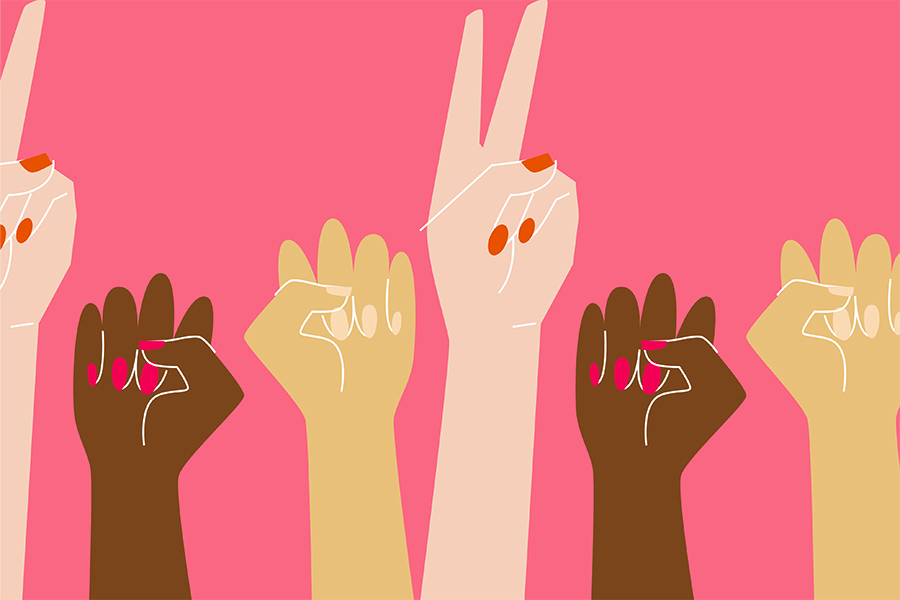 The events of the last couple of days in Alabama, where the governor just signed into law one of the most restrictive abortion laws in the country, have supporters of reproductive rights scared. The measure bans abortions at every stage of pregnancy and makes the procedure a felony for doctors to perform, punishable by up to 99 years in prison. It joins a series of legislative efforts in other states that seek to restrict abortion access.

If you’re wondering what you can do from up here in Massachusetts, you’re not alone. One local initiative comes from Rebel Rebel Wine Bar at Bow Market in Somerville. Owner Lauren Friel says this matter is near and dear to her heart—she used to work at Planned Parenthood and her entire team is made up of women.

“This isn’t just about Alabama,” she says. “It’s about the fact that this is overturning Roe v. Wade. It’s using women as pawns, or bait, for some kind of insane political agenda and it’s disgusting. It’s not acceptable to me to sit around and not do something about it.”

She announced yesterday on the company’s Instagram page (@rebelrebelsomerville) that 100 percent of their rosé sales (yes, that’s sales, not profits) will go to the Yellowhammer Fund. The fund provides financial assistance to anyone seeking care at one of Alabama’s three abortion clinics, helping overcome barriers to access like travel and lodging. If you can’t make it out to Somerville, you can donate directly to the Yellowhammer Fund.

“Matters like these can feel very insurmountable,” Friel tells me. “But you just have to do something and be loud about it. In just one day I put an Instagram post up and it has already been shared hundreds of times and we ran out of rosé immediately.”

We’re committed to doing whatever we can to help stop forced childbearing in this country. Usually, that means keeping our Karma jar out for donations to @ppact, but this week it’ll mean 100% of rosé sales (sales, not profit) will go to @yellowfund. Abortion funds provide essential services for womxn without the financial or physical means to access abortion in states that have practically banned the procedure. Last time we did this for @respond_dv we raised over $1K in just 3 days. Come out this week and help us triple that. Cash donations will also be collected. (Tag a friend you want to bring with you—if you can’t come out together, head over to @yellowfund and open your wallets. Keep each other accountable. This is our battle as much as it’s Alabama’s, because all of this is just a grab at a Supreme Court date and a conflagration of Roe.) #resist #roseforresistance

Luckily, other woman-owned businesses and people in the industry stepped in to help by donating cases of wine and offering to match donations. Friel says she hasn’t crunched the numbers, but she’s pretty certain the grand total is well over $2,000. She hopes to raise $10,000 by the end of the weekend with the help of Emily Isenberg, of the marketing company Isenberg Projects, who is helping to get the word out and support fundraising efforts.

“Politics and business cannot be separate anymore,” Friel says. “The service industry can be an activist force.” And Rebel Rebel isn’t the only one in the industry taking a stand. Winter Hill Brewing Company, also in Somerville, announced via their Instagram page that they’ll donate $1 to Planned Parenthood for every beer sold today.

Here in Massachusetts, Governor Charlie Baker, a pro-choice Republican, last year signed a bill repealing a law outlawing abortion that had been on the books for decades. As it stands now, a woman is able to have an abortion at less than 24 weeks at the best medical judgement of a physician and at more than 24 weeks if the mother’s life is in danger. But Baker expressed opposition back in April to an expansive abortion rights bill that would allow for abortions later in pregnancy when the fetus is unlikely to survive after birth, as reported by WGBH.

So if you’re feeling hopeless and infuriated, as many are, you’re not alone. And as Friel says, we can all do something. Maybe that something starts with a bottle of rosé from Rebel Rebel?