The Olympian received the Morton E. Ruderman Award in Inclusion from the Ruderman Family Foundation. 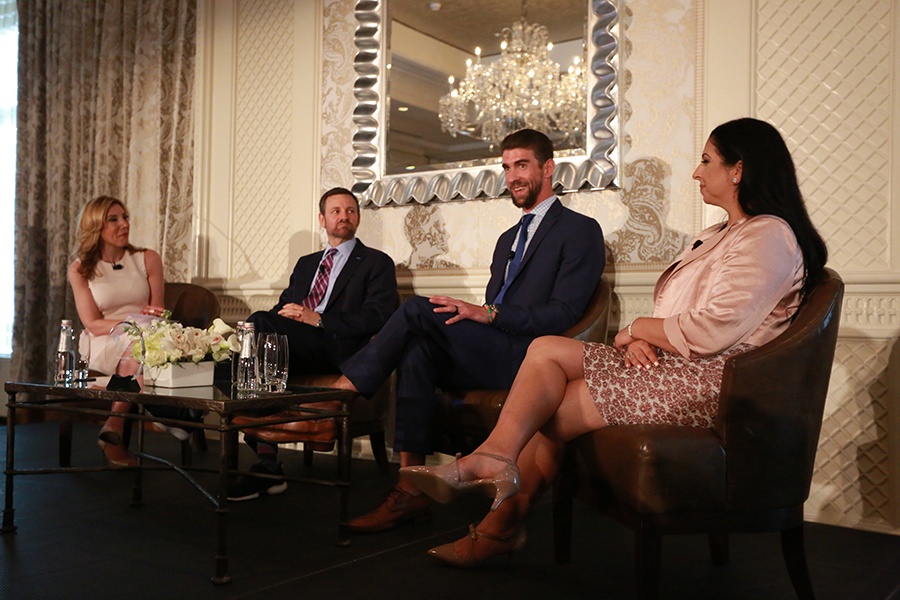 At the young age of 15, Michael Phelps began a storied and succesful Olympic swimming career. He was the youngest male swimmer to make an Olympic team in 68 years and quickly proved how dominating he could be in the water—earning 28 medals and being crowned the most decorated Olympian of all time. But like the rest of us, he experiences his own struggles and was recognized last night for his work outside the pool normalizing the conversation around mental health.

On May 21, Phelps received the Morton E. Ruderman Award in Inclusion from the Ruderman Family Foundation for his advocacy for people with disabilities and sharing his own struggles with mental health. Since his retirement, Phelps has worked with the Special Olympics, the Substance Abuse and Mental Health Services Administration, and the Child Mind Institute, among others.

The award, in its fifth year, is named after the founder of the foundation, Morton E. Ruderman, who passed away in 2011. Now, run by his children and his wife in Boston, the foundation seeks to honor an individual each year from different sectors of society who are doing great work for the inclusion of people with disabilities.

“We decided to give the award to Michael this year because he’s really taken a leadership role speaking out about his own mental health issues and encouraging others to look at their own,” Jay Ruderman, president of the foundation, tells me. “It’s a courageous act and it’s one he didn’t have to do. He could have handled his issues privately.”

During the event, which consisted of a panel talk on mental health, Phelps said this work he is doing now is what will be most important to him later in life—not what he accomplished in the pool. He shared a story about speaking with a young boy who was comforted to know that even athletes like Phelps go through the same things he goes through as well.

“I think, as a society, we tend to put these athletes up on a pedestal,” Ruderman says. “But it’s not normal to be in the spotlight at such a young age. And if someone like Michael can come out and say he was at the depths of despair and depression, imagine the impact that has on other people.”

The award comes at a most fitting time, as it is Mental Health Awareness month. And Ruderman goes on to say that especially during a time in society when pressures are high for young people this conversation needs to be happening more regularly. “To take someone who looks from afar to have it all shows that we don’t have to struggle alone,” he says. “Michael has turned one of the greatest athletic careers into one of the greatest advocacy careers and I really think he’s going to affect hundreds of thousands of lives.”