You Actually Don’t Need 10,000 Steps a Day, According to a New Study

Researchers at Brigham and Women's Hospital evaluated thousands of women to see if an increased number of steps per day is associated with lower mortality rates. 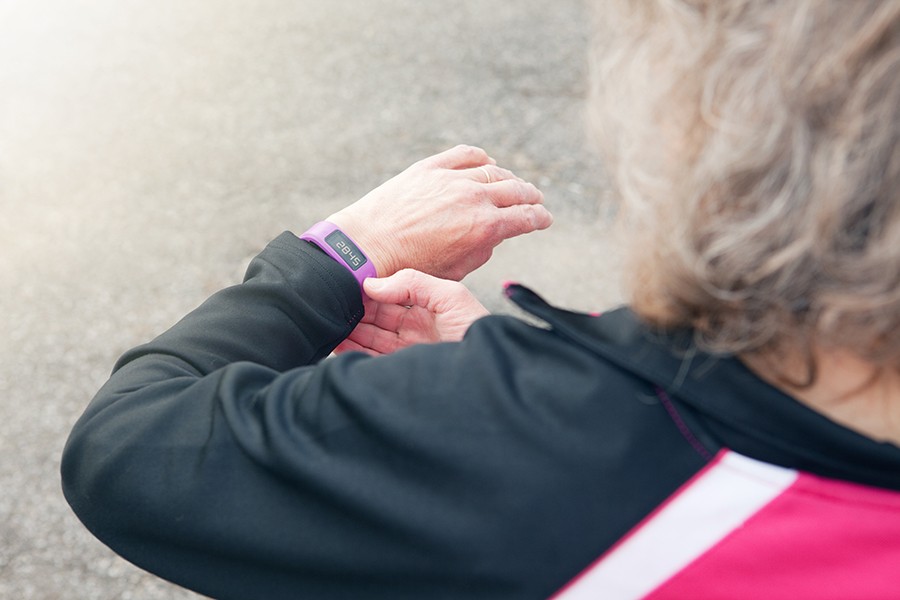 We all have that one friend (or maybe we are that friend) that religiously wears a fitness tracker. And at the end of the day if they haven’t hit 10,000 steps they’re running around the kitchen in a frenzy to attain that magic number. But what for? Validation? Satisfaction? Because they’re totally Type A? Well, a new study published Wednesday in JAMA Internal Medicine from researchers at Brigham and Women’s Hospital says this coveted number is, to put it lightly, kind of bogus.

Researchers looked at whether or not an increased number of steps per day, and the intensity of those steps, is associated with lower mortality rates among older women. The study asked about 17,000 U.S. women from the Women’s Health Study to wear a fitness tracker for seven consecutive days during their everyday activities between 2011 and 2015. The average age of women who participated in the study was 72. Their findings?

We actually don’t need to run around the kitchen in a frenzy to reach 10,000 steps at the end of the day. As little as 4,400 steps per day significantly lowered the risk of death, as compared to women who only took 2,700 steps per day. And the risk of death continued to decrease with more steps taken, but at about 7,500 steps leveled off. The average follow-up time with the women was about four years and the intensity of steps held no relevance.

Compare that to the average steps of people in the United States, which is about 4,000 to 5,000, we could all benefit from walking a little more and sitting a little less. But in this case, as is most cases, more is not always better.

According to the study, the origin of the 10,000-step goal may trace back to 1965 when a Japanese company began marketing a pedometer called Manpo-kei, which means “10,000 steps meter” in Japanese. How’s that for evidence-based?

“Taking 10,000 steps a day can sound daunting,” I-Min Lee, an epidemiologist in the Division of Preventative Medicine at the Brigham, said in a release. “Our study adds to a growing understanding of the importance of physical activity for health, clarifies the number of steps related to lower mortality and amplifies the message: Step more—even a little more is helpful.”

If that doesn’t make you want to get up out of your chair (I know you’re sitting) and walk around, I don’t know what does. It’s not merely what we do the one hour we’re in the gym, but every hour throughout the day. So walk to work if you can, take the stairs, and move more throughout your day. And don’t do it for your fitness tracker, do it for your health.