Cheer On These Powerlifters at the Special Olympics This Weekend

But reminder: People with disabilities should not be your source of inspiration. 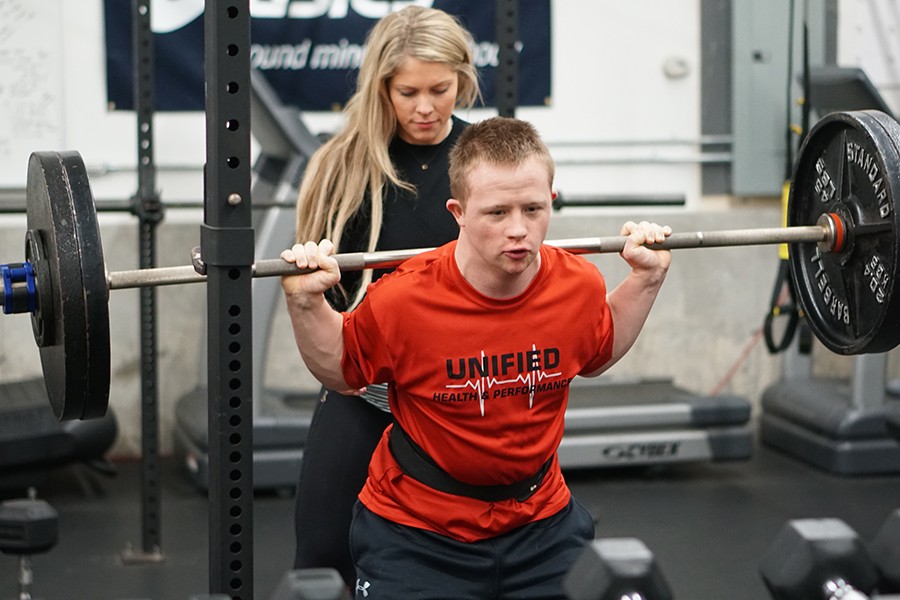 This weekend’s Special Olympics Summer Games will welcome hundreds of athletes from all over Massachusetts at the Harvard Athletic Complex for two full days of competition across five different events. Those athletes would no doubt love the support of as many fans as possible, but if you’re thinking of going, remember, they’re not there to make you feel like you’re doing a good deed.

It comes from the best of intentions when we praise those with disabilities for their physical feats, like running a race or picking up heavy weights in a competition. But if you ask Brendan Aylward, owner of Unified Performance, he’ll tell it to you straight: They are not a source of inspiration.

At his gym in Lancaster, he runs specific adaptive strength programs for people with disabilities ranging from down syndrome to autism to developmental delays. He has classes that run anywhere from 12-13 adults every night, and if you were to walk in, you would spot no difference between who has a disability and who doesn’t, he says. Because he trains them the same. 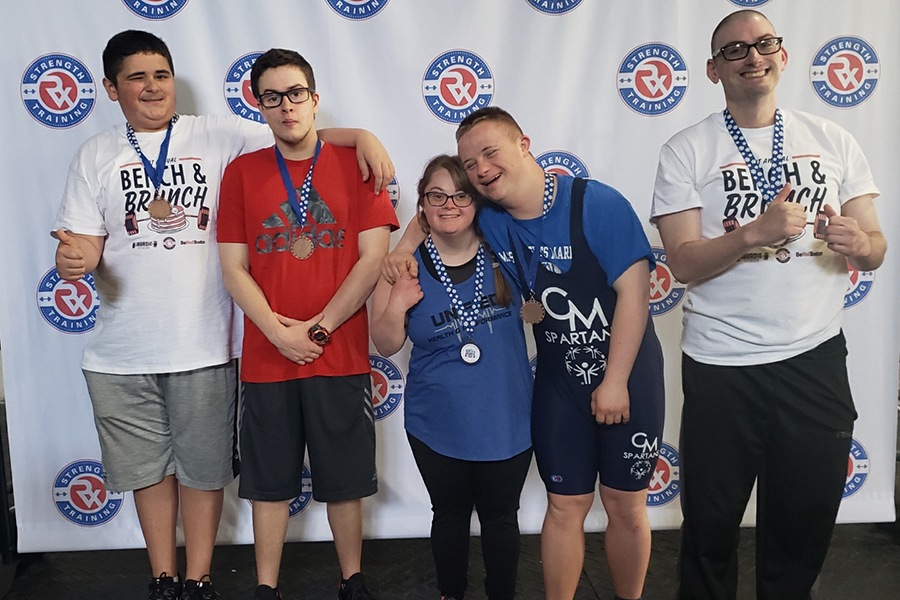 “The goal is to demonstrate an inclusive approach,” he explains. “Training athletes with disabilities isn’t something that’s unique. It just forces you to become creative. The key is to simply be a good strength and conditioning coach and not have a preconceived notion about what the client can or can’t do.”

Inside his space, the gym looks much like any other gym, with turf, sleds, cable machines, and free weights. The only difference is that there’s slightly more room to maneuver a wheelchair. “We’re not over glorifying anything,” Aylward says. “We’re not supposed to be impressed with how someone shows up in this world. We should be impressed with the actually impressive stuff they’re doing.”

And his athletes’ strength feats are nothing short of impressive. This weekend he’s sending four powerlifters to the Special Olympics Summer Games, and one of his most veteran lifters, Nick Giovinazzo, is gearing up for a 275 pound squat, 185 pound bench, and 300 pound deadlift. (Although when I asked Giovinazzo himself, he said he hopes to pull 400 pounds on the deadlift.)

He tells me he’s gotten much stronger while working with Aylward and the deadlift is his favorite because it’s really heavy. “I’ve competed three times, and I don’t ever get nervous because Brendan trains me so well.” 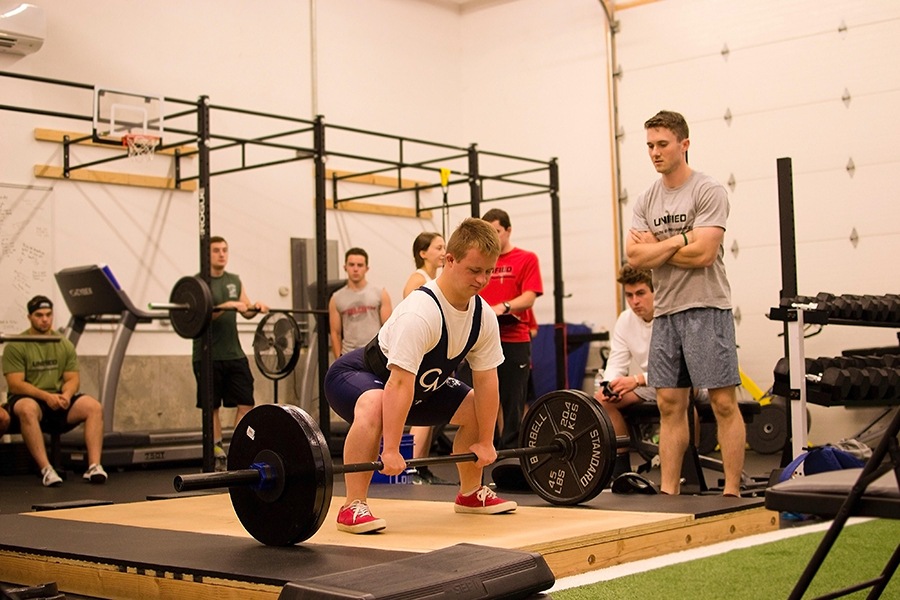 Also joining Giovinazzo from the Unified team is Cassidy Bauer, Josh Mayle, and Kevin Greenburg—all competing in the powerlifting competition. Bauer has been lifting with Aylward for quite some time, while Mayle and Greenburg are a little newer on the team. Giovinazzo tells me the atmosphere Aylward has nurtured at the gym leads to good sportsmanship—everyone helps each other out to learn the lifts and how to compete.

“Inclusion of athletes with disabilities is easier than expected,” Aylward says. “As long as coaches have high expectations of them and hold them accountable.” He tells me his next goal is to get more coaches to be comfortable with training all athletes by offering education courses and/or workshops.

Part of that comfort level may come from simply choosing the right sports for each athlete. Aylward has seen much success because his strength training programs, which are pretty accessible for anyone, lead right into the sport of powerlifting. It’s a natural progression.

And even throughout the Special Olympics, powerlifting has seen a big surge in popularity—Charles Hirsch, director of development, says he’s seen participation in the sport grow by 10-20 percent yearly in their events. David Tynes, program director of the Cambridge Program for Individuals with Special needs, says their powerlifting team has also experienced growth. And while the team’s attendance has fluctuated a bit in the past, Tynes thinks the sport is simply more accessible to athletes, especially for those who don’t really want to run fast in other sports. 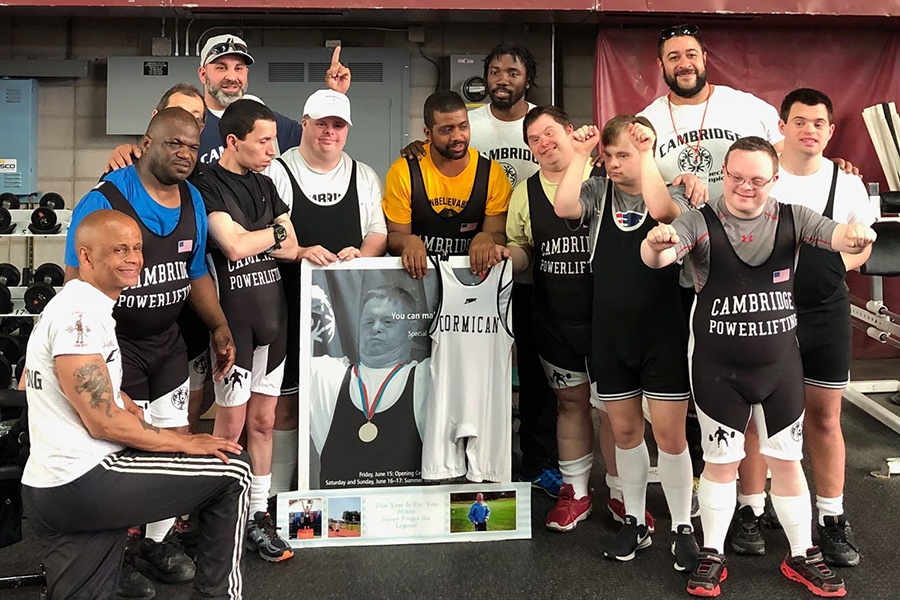 “It’s kind of tripled,” he says. “There are so many sports in the Special Olympics, but powerlifting is pretty much just push and pull, and if you get the right coaches, your athletes can be pretty successful.” The group is sending nine lifters this year to compete.

The other factor that has contributed to powerlifting’s growth in the games has been the willingness of people to volunteer. “There are just so many muscle heads who want to give back to the sport,” Tynes says.

If you’re one of those muscle heads (or even if you’re not), the Summer Games will be held at the Harvard University Athletic Complex in Cambridge from June 7-June 9 and they are free and open to the public. The powerlifting event begins at 10:30 a.m. on Saturday and you can definitely expect some badass lifting and a great show of sportsmanship, athleticism, and competition.

And remember, when those athletes approach the barbell, they’re not inspiring for simply showing up as they are—they’re inspiring for the athletic feats they are able to accomplish. Because seriously, how many of us can lift 300 pounds off the floor? 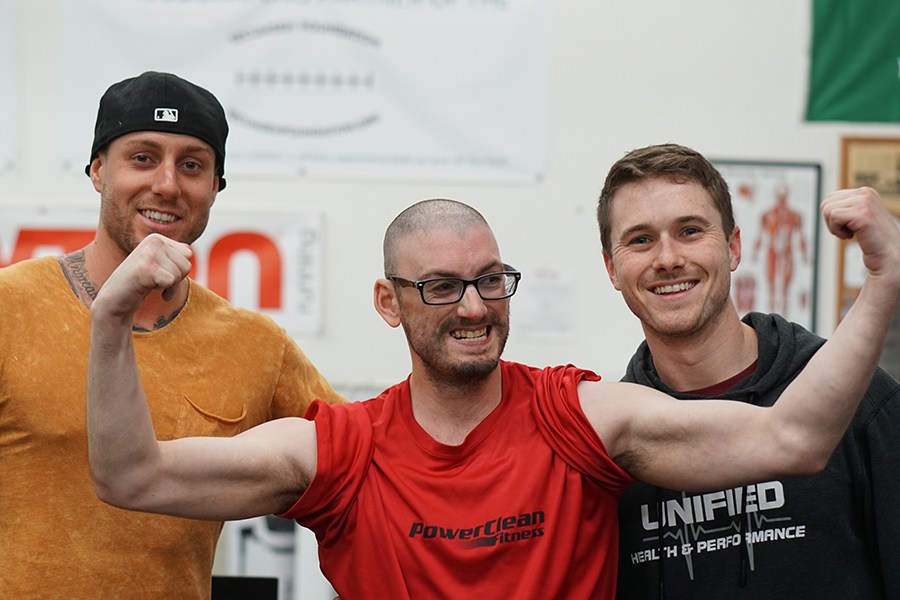