Brigham and Women's Hospital researchers conducted a trial focusing on women who were diagnosed with preeclampsia during pregnancy. 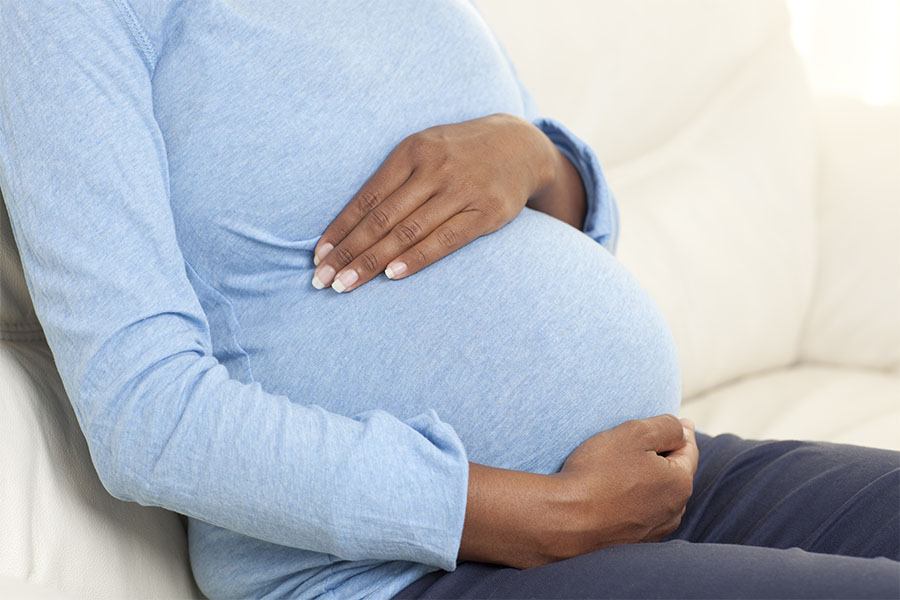 According to the Centers for Disease Control and Prevention, 1 in 25 women in the United States are diagnosed with preeclampsia, or high blood pressure, during pregnancy. It’s a difficult diagnosis, and can result in trouble breathing, sudden weight gain, and swelling of the face or hands. Although the condition resolves itself after a mother gives birth, women who have had it are at a heightened risk for cardiovascular disease later in life.

But a new study found that there were ways of helping women decrease that risk. In a new study published Wednesday in the Journal of Women’s Health, researchers at Brigham and Women’s Hospital tried to see if an internet-based lifestyle intervention tool could play a role in reducing the risk of cardiovascular disease for women who had had preeclampsia.

“Many women—and even physicians—don’t realize that preeclampsia is associated with cardiovascular disease after pregnancy,” Ellen Seely, senior author of the study and the director of clinical research for the Brigham’s Endocrinology, Diabetes, and Hypertension Division, said in a release. “Education is a big component of our intervention; you can’t prevent something if you don’t know you’re at risk for it.”

And most women don’t know they’re at risk for it. Preeclampsia most commonly presents itself in women carrying multiple babies and those already with high blood pressure, but it can also occur in healthy women who show no symptoms.

The researchers used a web-based tool called Heart Health 4 Moms that included online educational modules, a community forum, and communication with a lifestyle coach. In order to increase the possibility that the women would actually use it, the researchers surveyed patients to see what needs they had before designing the system.

During the nine month trial, 151 women were randomly assigned either to the active intervention Heart Health 4 Moms or were assigned to a control intervention. The latter involved static educational resources about cardiovascular risks and recommendations.

In the active intervention group, women reported greater knowledge about cardiovascular risk in general as well as adherence to the Dietary Approaches to Stop Hypertension diet, more ability to make behavioral changes, and an increase in physical activity. Nearly 84 percent of those women accessed at least one online educational module and 89 precent completed at least three scheduled calls with a lifestyle coach.

“Many women experience preeclampsia as their first major health event,” Janet Rich-Edwards, co-author of the study, said in a release. “They may be thinking about their health and the health of their family and may be motivated to create healthier eating and activity habits. This means that there may be a unique window of opportunity to intervene and help them.”