Row Republic is opening in July, and you're going to want to check it out. 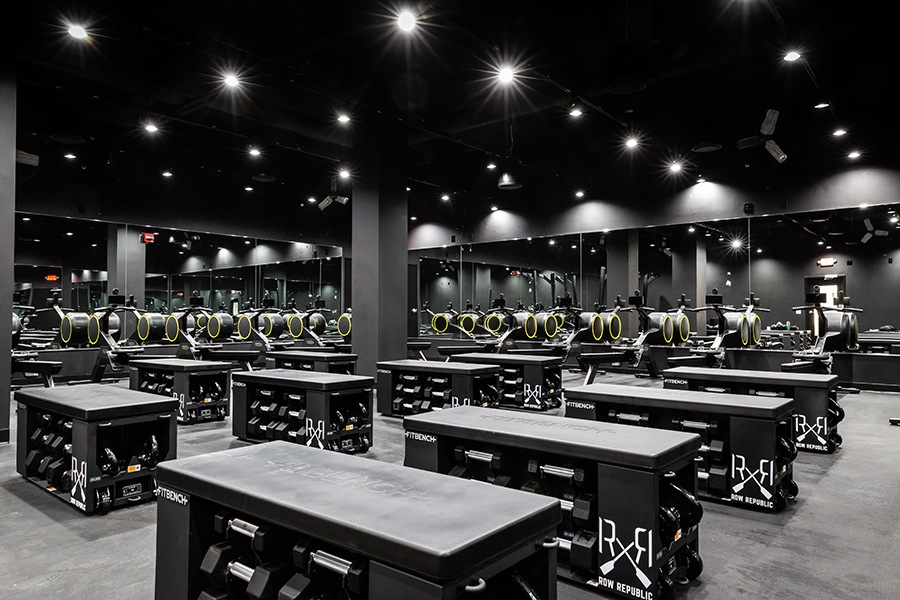 Remember when we teased about Row Republic coming to the North End back in February? Well, the time has come for the brother-and-sister co-founders to swing open their doors in July, and let’s just say, the way they described it to us five months ago was pretty much spot on. We got an exclusive sneak peek, and the space is very cool.

Joey and Kristina Tagliente wanted two things for their new boutique indoor rowing studio: Hospitality services and a hard-core workout—from the looks of it, they delivered on both fronts. Located on Washington Street, right across from Ward 8 and City Winery, on the edge of the North End and West End, the small fitness studio packs a sleek punch.

Joey tells me they wanted everything to be clean and minimalistic. The interior colors range from black to slate grey and chrome accents detail things like the front desk and lobby benches. As you round the corner towards the showers, black self-locking lockers line the walls (much like Soul Cycle, or any other fitness studio in the city) and there are four shower rooms. Best part is they’re rain showers—if you haven’t been in one, simply go to take a shower, you won’t be disappointed. 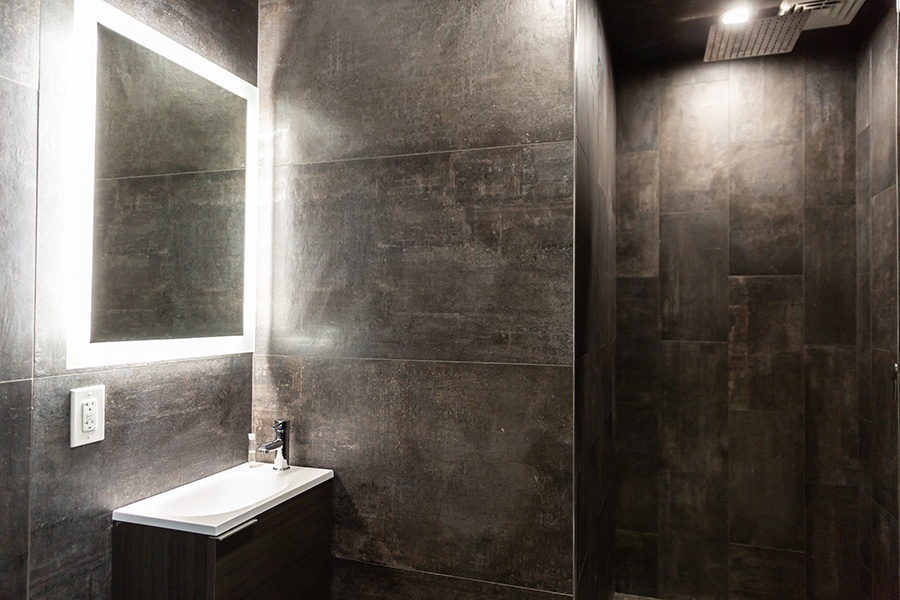 But the real magic is walking into the studio space, which they’re coining the “Deep Blue.” It’s like walking into Barry’s Bootcamp “Red Room” but the blue lights feel slightly more comforting than the red ones, not to mention a little less intimidating. The center of the space is filled with Fit Benches which have compartments on the sides to store all the equipment needed during the workout like kettlebells, resistance bands, battle ropes, and dumbbells. The benches are even good for plyometric box jumps and can be adjusted up and down. 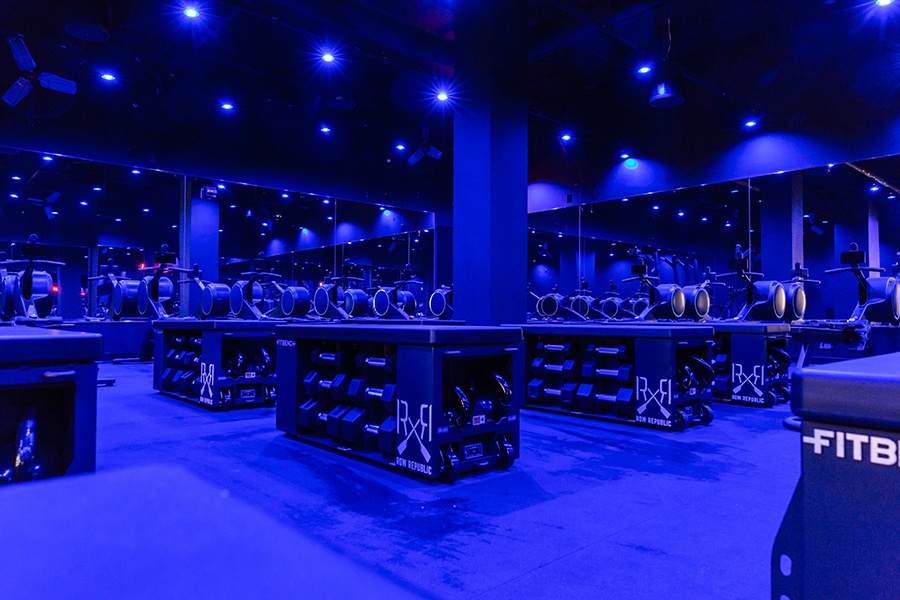 And the star of the show, the Italian-made Technogym rowers, line the walls. The workout is also set up very similarly to Barry’s. You’ll be assigned a numbered rower or Fit Bench when you sign up for class and rotate between the two stations, spending about 5-7 minutes at each, throughout the duration of the 50-minute workout. Each workout will focus on different body parts during the strength portion and different intensities on the rower. Kristina ensures me that even if you’ve never rowed before, this will be a good place to learn. Plus, not having to worry about gathering your equipment, or putting it away, thanks to the benches, helps you focus more on the actual workout. 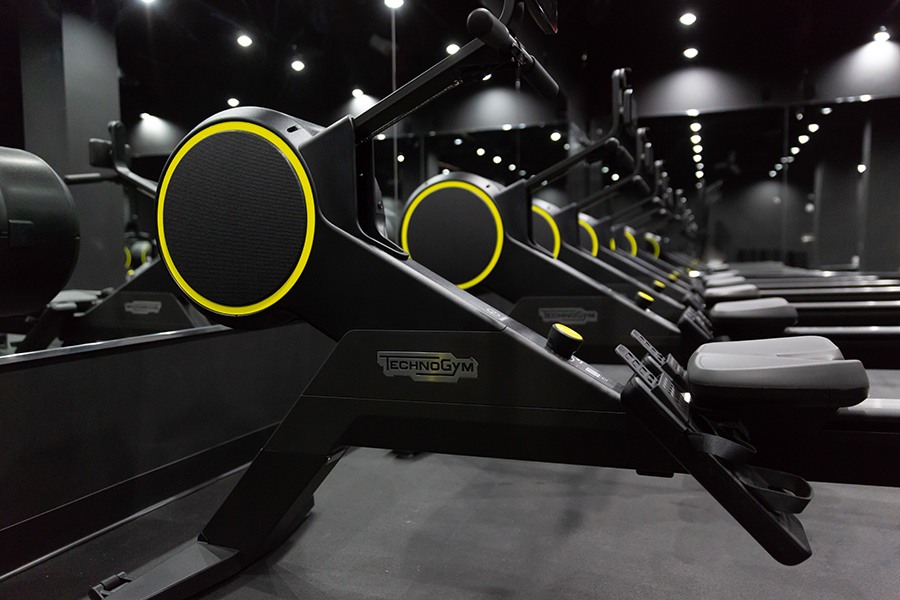 Classes are available as one-time purchase class packs or auto-renewable monthly packages. You’ll also be able to find them on ClassPass.

In other indoor rowing news, the franchise Row House, with locations in Connecticut, New Jersey, and New York, is also opening this summer at Lovejoy Wharf. The differentiator, as the sibling duo puts it, is that Row Republic is built in Boston, for Boston. Especially in this city, where rowing is just as much a part of our culture as running, it’s not hard to imagine Row Republic catching on throughout Boston, and maybe even spreading across the country. But will it grow, and grow fast, like Soul Cycle or Barry’s? We’ll have to see.