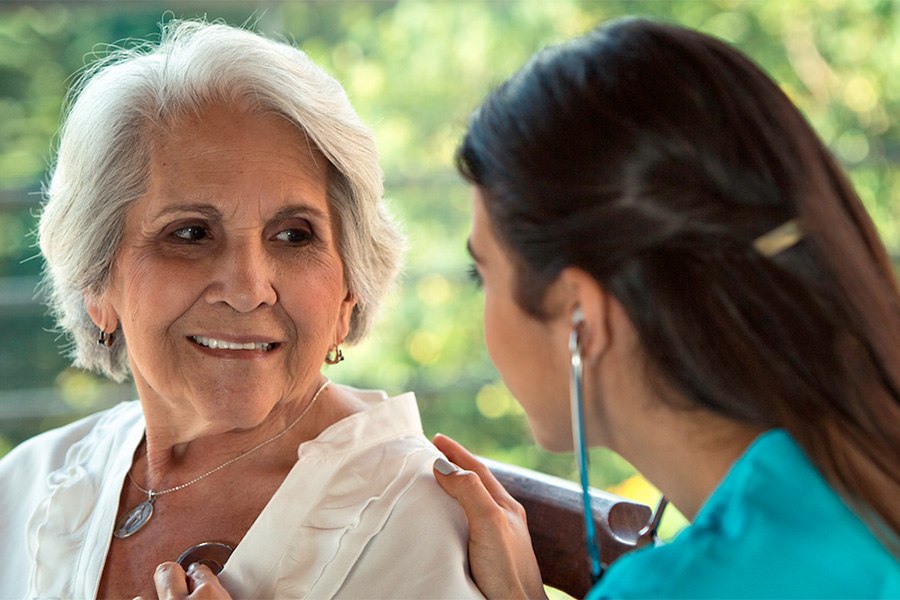 Each year over three million older adults are treated in emergency departments for fall injuries. On top of that, falls totaled more than $50 million in medical costs in 2015 and they are the most common cause of traumatic brain injuries in older populations. That’s all according to the Centers for Disease Control and Prevention. When you look up how to prevent falls, interventions like strength training, eye health, and creating a safer environment pop up. But researchers at Beth Israel Deaconess Medical Center may have found a new risk factor that contributes to falls and presents a different way to intervene and prevent them.

According to the study, published today in the Journal of the American Geriatrics Society, older adults with known subclinical cardiovascular disease, meaning their condition is not severe enough to present observable symptoms, have a higher risk of falling than those without known cardiovascular disease.

What exactly does this mean? Stephen Juraschek, the lead researcher on the study and primary care physician at Beth Israel, said in a release that it raises an important question of whether treatment of heart disease could help prevent falls in older adults. “Given that falls can often be fatal for older adults, greater knowledge of the factors that contribute to them represents a significant public health priority,” he said. “For the first time, our study shows that subclinical cardiovascular disease is itself a fall risk factor.”

For about four and a half years the researchers followed almost 4,000 older adults, with an average age of 75. Heart health was measured using an electrocardiogram, which displays a persons heartbeat, or through self-reporting. Researchers were most concerned with instances of subclinical myocardial damage, meaning an unreported heart attack that causes damage to the heart muscle. Participants were then asked to report any hospitalization for falls. The study defined falls as any occurrence of a fall-related hospitalization or claim for inpatient or outpatient services due to a fall.

During the four and a half year time period, 457 falls were reported. Of the 457 falls, 333 of those suffered from some form of subclinical cardiovascular disease. Meaning in this population, cardiac damage is more strongly and independently associated with new falls.