Just Wondering: Why Are There So Many Different Ways to Deadlift?

And does it matter which one I pick? 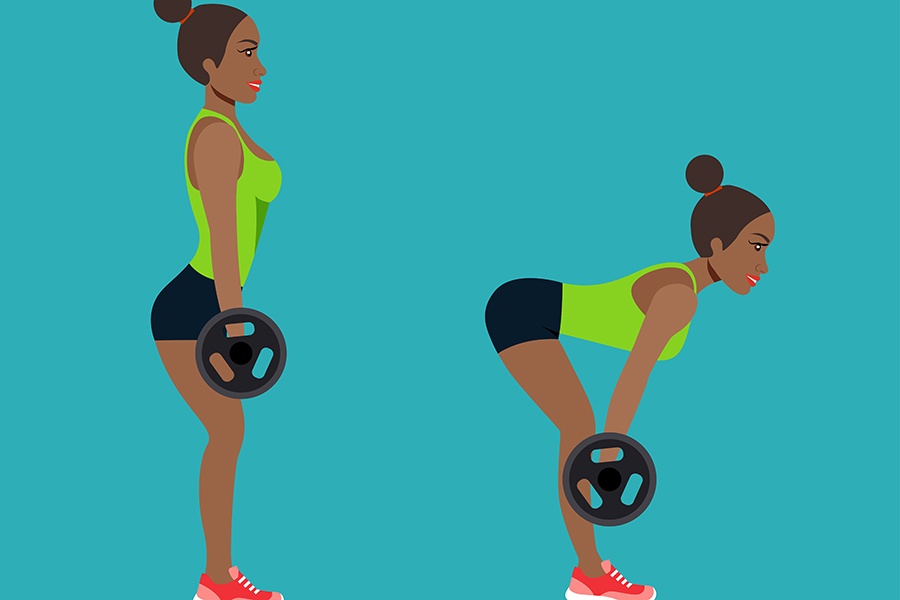 To help us navigate all the ways to make a hip-hinge look fancy I chatted with strength and conditioning coach Tony Gentilcore, who coaches at his gym Core in Brookline. He says deadlifts are great for many things. “For example, strengthening the back side of the body, increasing bone density, increasing muscle growth, and improving the ability to run faster, jump higher, and avoid being eaten by zombies.”

Well, when the zombie apocalypse comes you’ll be prepared. To start, Gentilcore says you need to make sure you can hip-hinge (which is the fundamental movement of the deadlift.) Hip-hinging means you can push your hips back with minimal knee bend, and virtually no movement from the lower back.

“This can be accomplished a myriad of ways,” he says. Gentilcore offers the wall method where you stand in front of a wall, knees slightly bent, and push your butt back until you tap the wall behind you. My personal favorite is cueing clients to think about shutting a car door when their hands are full. What do you do? You push your butt back into the door so it shuts.

Once the hip hinge is mastered, then you can move on to other variations. But first thing’s first, Gentilcore makes it clear that no one, outside of competitive lifters, needs to deadlift with a barbell.

And he’s not wrong. Although a great tool, a barbell can seem intimidating for most, and may prevent some from even trying the exercise in the first place. That’s not what we want. Gentilcore says his progression of the deadlift goes from kettlebell deadlift, to trap bar deadlift or Romanian deadlift, and then finally to a barbell deadlift (sumo or conventional), as shown in this video.

Your goals, body type, and injury history will dictate which progression not only feels most comfortable to you but will also foster a greater return on your investment—a.k.a. you’ll be able to outrun more zombies. If you’re someone who has chronic knee issues, Romanian or straight leg deadlifts (where your knees barely bend) will probably be better. If you have longer arms and a shorter torso, a wider stance sumo deadlift will probably be better than a narrower conventional stance. And typically, a trap bar deadlift, where the weight is distributed as if you were holding suitcases on either side of your body, is a pretty solid choice for anyone. In the grand scheme of things, it really doesn’t matter which one you choose as long as you feel good.

One thing to keep in mind though, is that it must be heavy enough to work your entire body. “Many people underestimate just how strong and capable they really are,” Gentilcore tells me. “Many women won’t hesitate to lift their 50, 60, 70+ pound child off the ground (which is a deadlift), but will cower when that same load is placed on a barbell.” As Gentilcore puts it: “Lifting weights isn’t supposed to tickle. “There’s going to be some discomfort.”

So we’ve gone through some of the different variations and how much weight you should be lifting but how do you know if you’re doing it right? Well, for starters, Gentilcore says this is a great place to ask for advice from a professional. If that’s not the case, filming your sets in the gym is always a good way to critique yourself. He adds that, “On a scale of 1-10 (10=a great white shark just bit into my spleen) any feeling during an exercise above a three is room for pause.”

At the end of the day, if improving your deadlift is one of your fitness goals the secret might just lie in what variation of the exercise you choose to do. “If we can turn cauliflower into pizza, then you can deadlift a lot of weight,” Gentilcore says. “It just takes time, hard work, and ensuring your training matches that goal.”