The One Thing Aly Raisman Does to Live More Authentically

We caught up with the two-time Olympian and chatted all things self-care, living in the moment, and her most recent endeavors. 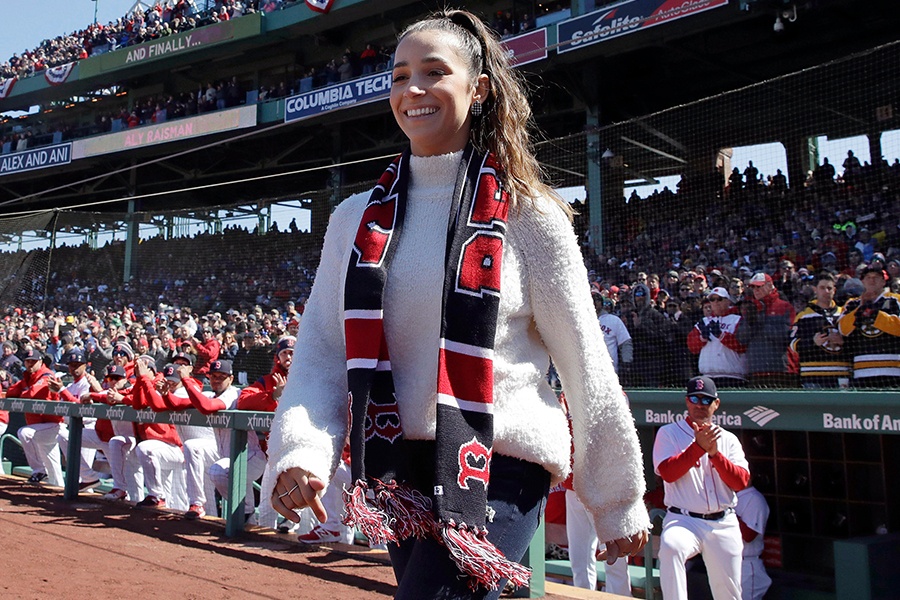 When it comes to speaking up about what you believe in and doing the most good for others, Aly Raisman isn’t shy. The Olympian and activist has shown time and time again what it looks like to stand for a cause much larger than herself—but she also knows that you can’t give from an empty cup.

Last month, Raisman was featured on the Life is Good Ping Podcast, a podcast from the creators of the Boston-based apparel company Life is Good. A recent addition to the podcasting landscape, the podcast is all about the power of optimism and how influential people (like Raisman) spread and create positivity in their day-to-day lives. She’s also a spokesperson for the Life is Good #SomethingGood campaign, in which every hashtag shared on social media raises $1 for the Life is Good Kids Foundation.

We caught up with Raisman after her appearance on the episode, and wanted to know: How does one person manage to stand up for what she believes in, keep her cool when the weight of the world seems to be on her shoulders, and never lose sight of who she is?

Her answer is simple in theory, but sometimes hard in practice: She takes time for herself.

“When I was training really intensely, self-care wasn’t really something that was ever discussed,” she tells me. “Everything I did was for the purpose of gymnastics and getting better. Now, I’m realizing after some space from the sport that it’s really important to get to know myself—especially when I’m publicly dealing with something so hard.”

As she’s spoken up about sexual harassment, she says she’s had to learn to be patient, and that taking quiet moments for herself really helps to take some of the added pressure off when she feels like she’s not doing enough. “I think self-work is hard and it gets worse before it gets better, but it’s worth it.”

She’s open about her experience with therapy and sees two different therapists weekly, on top of having a dedicated meditation practice. Raisman also doesn’t understate the importance of the people in her life, who she says are much more intelligent than her, challenging and pushing her to be better.

“You should never be the smartest person in the room,” she says. “The world is so big and there’s so much to learn. I get excited thinking about all that’s out there and all the people I have yet to meet who do different things than me.”

Her willingness to learn from others and humility to admit that she’s still figuring it all out is what she says makes the hard stuff a little easier. “When I’m speaking out about my own experiences, and it’s hard, I remind myself that it’s for something bigger,” she explains. “It’s hard for me to use the word easier, but it becomes a little easier to speak up when I know I’m helping someone else who is being mistreated.”

Continuing her advocacy work helping others, Raisman is currently in the process of creating a television show titled From Darkness to Light to premiere on Lifetime about other survivors of sexual assault. “The media only covers other Olympians’ stories or women in Hollywood, and while their stories are very important, they’re not any more important than others,” she says. The documentary series will tell survivors’ stories, empowering others to speak up. “Everyone’s story is equal and everyone has the right to feel safe.”

When it all feels like too much, a problem Raisman herself encounters, she recommends finding the magic in the little things. She says you can either live every single day as if you’ve seen seen things a million times, or you can live as if everything is a miracle. And how much more magical would the world be if we all adopted that kind of mindset?

Part of finding that magic for a 25-year-old woman who lives most of her life in the spotlight is about stepping away from technology and social media, being in the presence of those she loves most, and spending time in nature gardening. She says her favorite thing to watch grow in her garden right now are cucumbers.

“They grow very big and very quickly. Even from the night to the morning you can see them get a little bit bigger,” she explains. And maybe that’s the perfect metaphor for it all: From the darkness of the night to the light of the morning, there’s always hope in a new day—it’s just a matter of shifting your perspective. It only takes one seed to be planted for something to grow big and grow quickly, manifesting change.