More than just a carpool service, Ridj-it connects adventurers in the area with each other to coordinate trips to the White Mountains, Cape Cod, Narragansett, and beyond. 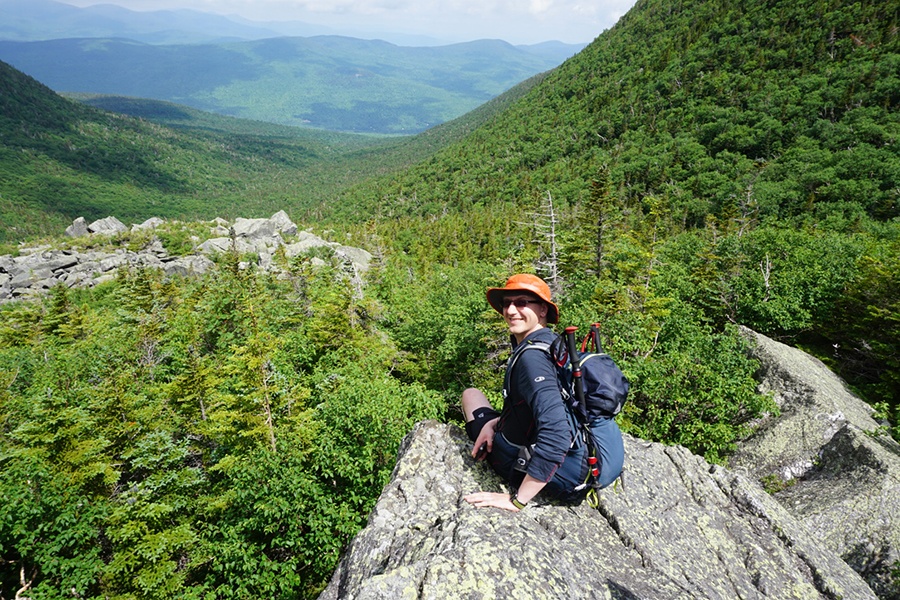 Rik Ganguly and Ari Iaccarino love to hike. In 2015, the friends were hiking Franconia Ridge in the White Mountains when Iaccarino posed a question to his friend: “Is there any type of reliable business that brings people to the mountains?” At the time, Iaccarino was without a car, so he couldn’t hike if Ganguly couldn’t hike, and Ganguly didn’t want to hike if Iaccarino couldn’t hike, thus presenting a real dilemma to the adventurers.

So what are two adventure-seeking buddies to do? Start a business, of course. Inspired by that ridge in the White Mountains, the idea for their Boston-based adventure company Ridj-it was manifested and came to life the following year. As Iaccarino puts it, just as a ridge connects two peaks, Ridj-it connects you to the mountains.

Put simply, Ridj-it is an online booking platform for both adventure-planners and adventure-seekers alike to coordinate and make travel arrangements to do everything from hiking to sky diving. Ridj-it makes coordinating these adventures, especially for city dwellers without a car, not only easy, but affordable and sustainable for the local tourism and travel companies in the area.

Here’s how it works: Say you’re interested in hiking, but the Ganguly in your life isn’t available. You search the site for a hike, or activity, in the area you’re interested in, then sign up—Ridj-it has trips leaving out of Boston, and just recently added trips out of New York City. When a sufficient number of people have signed up, the project is a go. The price varies depending on activity, and typically drivers receive a discount. If you’re heading to the White Mountains to hike, you’re typically only paying around $30.

“We first started with hiking because it’s the lowest barrier to entry,” Iaccarino says. Since then, excursions have expanded to include kayaking, horseback riding, skydiving, paragliding, glow in the dark stand-up paddle boarding, skiing, surfing, and so much more. Iaccarino says it’s really up to the user.

Just how ambitious can you get with the platform? Apparently, one man in New York City is using it to rent out an entire mountain this winter. The first 500 people to sign up through Ridj-it will get to experience a full day of skiing or snowboarding without any of the lift lines.

Ridj-it has worked with companies like the Trustees, Mass Audubon, and ski mountains throughout New England to set up and host trips. Unlike other travel booking or event listing sites like Airbnb or Eventbrite, Ridj-it doesn’t charge the company to post the adventure on the platform. Instead, it charges the user a small fee from what they’re paying to join the ride to help small businesses remain autonomous.

“What we saw was that this is so much more than carpooling,” Iaccarino says. “We opened a Pandora’s box to the difficulties of outdoor adventure which include transportation, safety, and community, that just kept playing into each other.”

Ridj-it requires everyone (drivers and passengers) to provide a clear photo of their face, valid identification, and a quick informal background check through LinkedIn or Facebook. The driver needs to have a valid driver’s license and are required to make a deposit so they don’t flake the morning of the trip. Ridj-it has only ever banned one driver in its three years of existence, because they received complaints that the driver’s driving was bad.

“It’s funny. Most of our users are immigrants and they’re used to carpooling. They do it all the time,” Iaccarino says. “Americans are weird about it. But cool things can happen when people work together, and that’s what our platform allows people to do. It connects adventurers to each other and then with businesses that can help them the most.”

Who knows, you might just find your next adventure buddy best friend through the platform. But when that adventure buddy can’t hang, which will happen, you have the means (and the community) to go on any number of other adventures, thanks to Ridj-it. In other words, Ridj-it doesn’t just allow travel companies to act autonomously, it allows car-less Bostonians to act autonomously as well—opening up access to the great outdoors for everyone.