Recycle Studio closes for good on August 16. Owner and founder Cate Brinch says, "If people are sad to see you go, you did something worth missing." 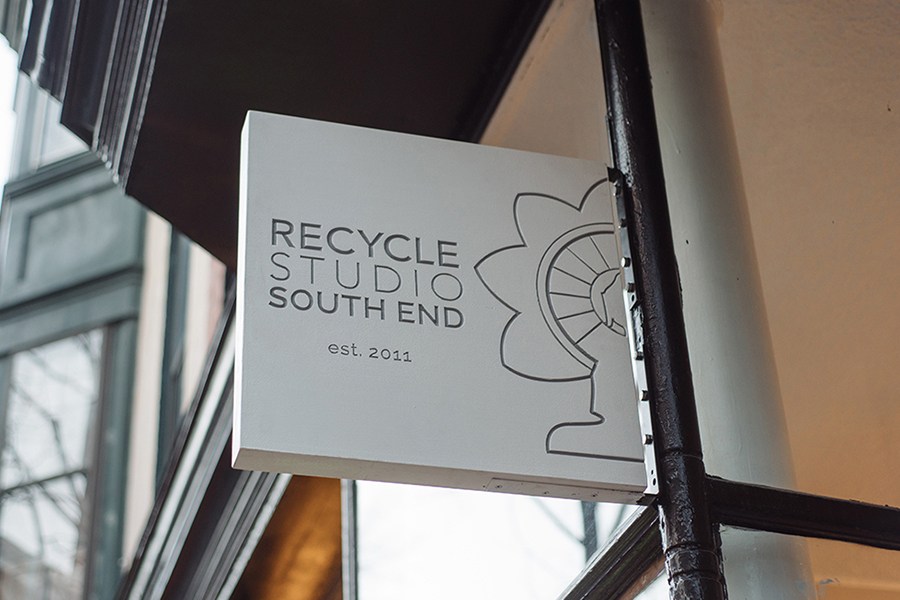 Picture this: There was a time in Boston’s history where the only three options for boutique fitness were Exhale, Back Bay Yoga, and Recycle Studio. That not-so-distant era was 2011, and since then, we’ve witnessed the OG studios change and evolve with the times. Exhale is more devoted to their spa offerings, Back Bay Yoga is now YogaWorks, and now, Recycle Studio—Boston’s first spin studio—has announced they’re closing their doors on August 16. This is the evolution of boutique fitness, happening right before our eyes.

As the fitness industry, and the wellness industry at large, work to please the needs of an insatiable generation constantly seeking the new and exciting, the owner and founder of Recycle Studio, Cate Brinch, is accepting the fact that more is not always better. After nine years devoted to her riders and brand, she’s walking away. She’s doing so with nothing but good vibes though, saying that’s just life. Sometimes the best thing to do is walk away when the need has been fulfilled.

And the need she saw nine years ago was a city lacking fitness options. So she opened Recycle Studio in its first location on Tremont Street with just 13 bikes in a basement. Hard to imagine now, as Recycle has grown to a fleet of 28 bikes in a new space on Union Park Street, and corporate conglomerates like SoulCycle now occupy every street corner.

“Recycle was just supposed to be what I did on the side of my marketing career. I had no idea it was going to be this big thing,” she says. “I simply wanted to bring something to the city that I thought would help people live healthier and happier lives.”

She says that her own personal fitness journey really isn’t that exciting, and had nothing to do with her desire to open or close the studio. She doesn’t teach the classes and she’s not a die-hard fitness fanatic. She says it’s a part of her life, but it’s not her whole life.

As a mother of two, and a creative at heart, she says choosing to walk away from Recycle is a personal choice and a necessary transition in her life. She helped create a community for local business owners, called the South End Local, and is excited to focus her work there and with other entrepreneurs to create and build brands, as well as awesome experiences—even though she might not have a direct plan of action at the moment.

Most of all, she’s ready for a break.

“Boutique fitness is not truly where my heart is,” she tells me. “My heart is in using my entrepreneurial spirit to bring new things to communities that are needed. Fitness is taken care of in Boston.”

At the end of the day Recycle Studio was never really about fitness in the first place—it was about the people. As new spin studios started flooding the market, Brinch says she didn’t pay attention. “I only wanted to focus on offering a well-choreographed ride by candlelight. I wanted to create a space where people were able to cultivate real relationships with each other and the instructors because that’s what boutique fitness is supposed to be.”

While some avid Recyclers might be mourning the loss of their favorite studio, Brinch says many are understanding. She wants people to realize that in this case you just have to say thank you for the years and move on. The only constant in life is change, after all.

For the last couple days that Recycle is open, you can bid farewell to the neighborhood favorite with $10 rides.

“There’s nothing better than to start something and see it make an impact,” Brinch says. “Plus, I think that if people are sad to see you go, you did something worth missing.”