Take a look inside the newest indoor rowing studio, Row House, opening its doors in mid-September at Lovejoy Wharf. 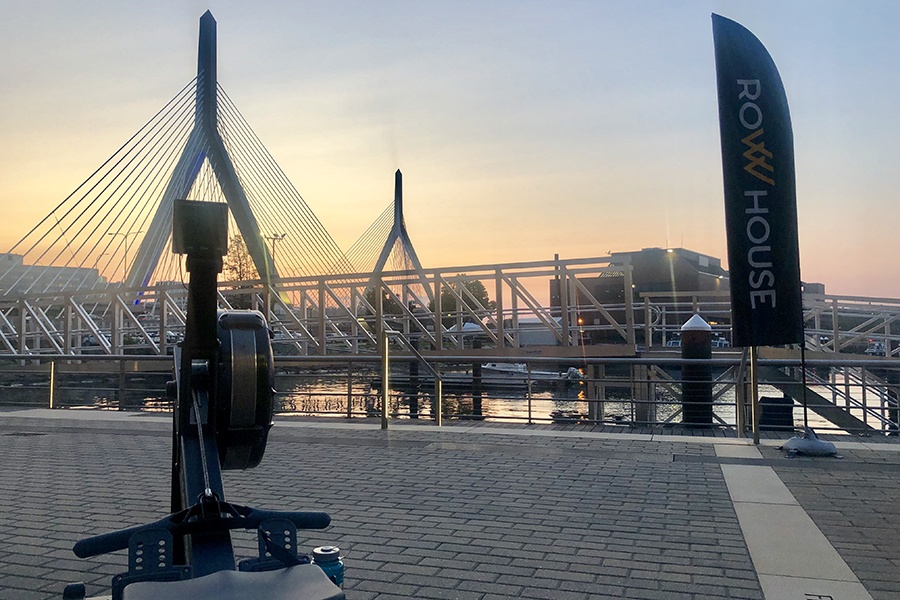 Growing up, Gyee O’Malley wanted nothing to do with owning a fitness studio. After watching firsthand how hard her mother worked running a small aerobics studio in Malaysia, she spent 12 years working in the corporate world in Boston, only dabbling in fitness from a consumer standpoint. It wasn’t until she tried indoor rowing for the first time, a year and a half ago, that her outlook on owning her own studio began to change.

In mid-September Gyee is leaving the corporate world and, along with her husband Bob, opening the first Boston location of indoor rowing franchise Row House. The 2,000-square-foot space is located in the booming Lovejoy Wharf area, between Alcove and Night Shift and features minimalistic black and yellow décor. There is a small retail space, with swag and accessories to the right, and showers and lockers stocked with amenities and product samples, such as Living Proof dry shampoo, to the left. A decal on the wall details the different positions teammates might have in a real boat on the water, hammering home the Row House motto that, “Everyone has a purpose, and we pull together.” 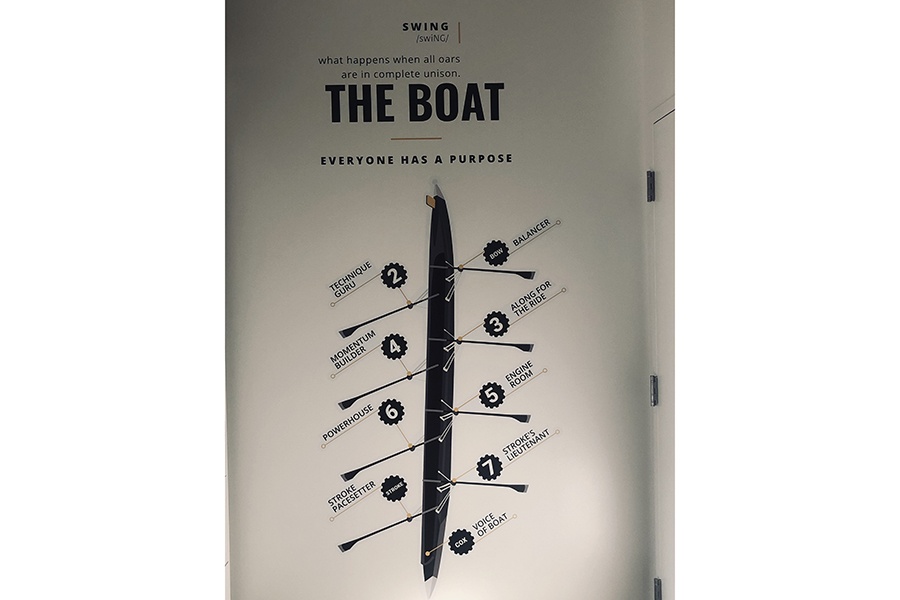 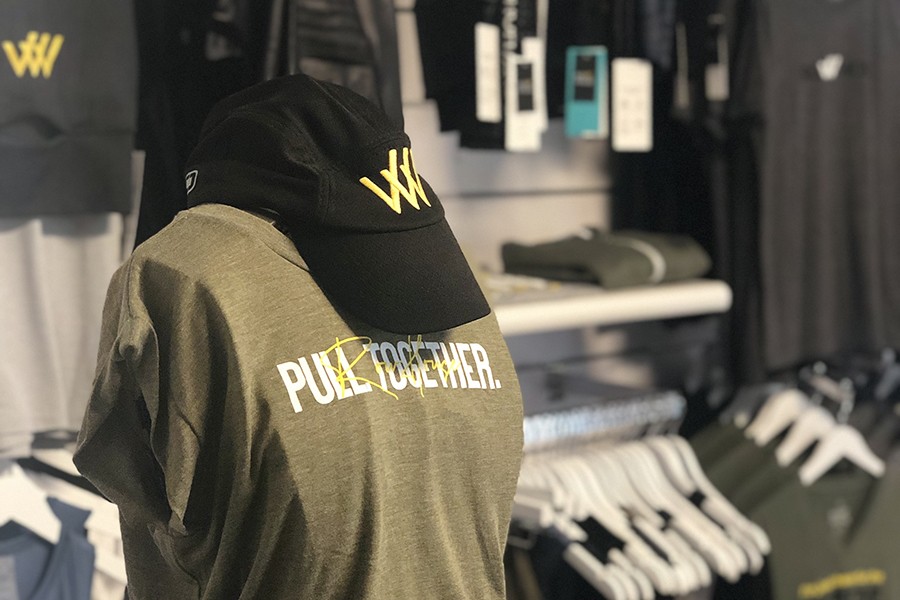 “I talk to my mom all the time about what inspired her when I was little to stay open,” Gyee says. “And she tells me it is the community. The most important thing is that what she built isn’t just a studio, but a family and support system. That’s what I want to create at Row House.”

The O’Malleys are also quick to point out that one of the benefits of rowing is that it’s good for people at all levels of fitness and abilities, since it’s so low-impact. Not to mention it utilizes over 80 percent of your muscles and you’ll be burning upwards of 500 calories per class.

“It’s a workout where super conditioned people and those who haven’t worked out in years can be right next to each other and still get a great workout in,” Bob says. “How hard you pull is how hard the workout will be.”

At Row House, participants can choose from six different class types, all about 45 minutes in length, ranging from intense sprints to more laid-back recovery classes and stroke classes to technique work. Each one has some component of strength training and/or stretching built in, but most of your time will be spent on the rower. 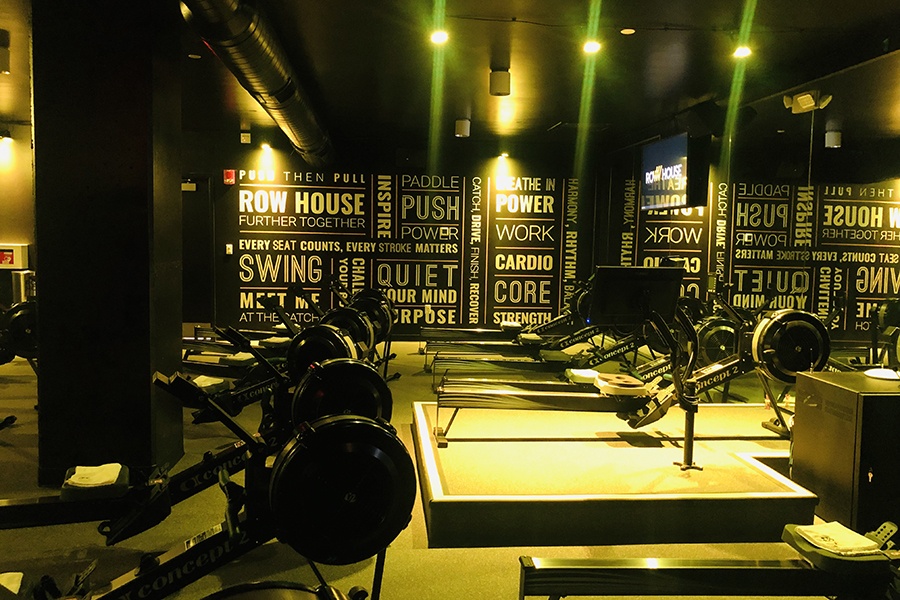 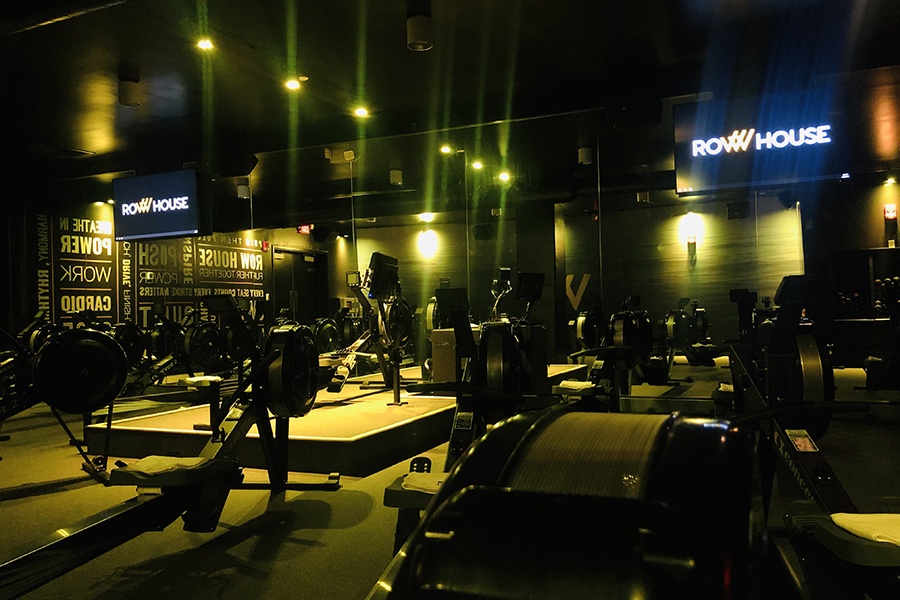 When you walk into the studio room, it looks very similar to a spin studio, but Concept 2 rowers replace the stationary bikes. A stage is built out in the middle of the room for the instructor, and televisions are mounted on the walls for participants to see the average power, distance, and speed for the entire class.

“We don’t do leader boards,” Gyee explains. “We have the tech to do so, and we give individual stats out at the end of class, but during class it’s about the collective whole—the boat.”

Similar to spin, you’ll be rowing in synch with the rest of the class—if you can stay on beat with the music, that is. Gyee says this takes about three classes to master.

“There is a learning curve to simply getting the movement down,” she tells me as she demonstrates how to properly use the machine, pushing with her legs first, stabilizing with her core, and finishing the pull with her arms. “We really encourage people to come more than once because once you master the movement, you’re better able to enjoy the music and ambiance of the class. It can be intimidating, but we hope to bring a lot of education and awareness to the sport.” 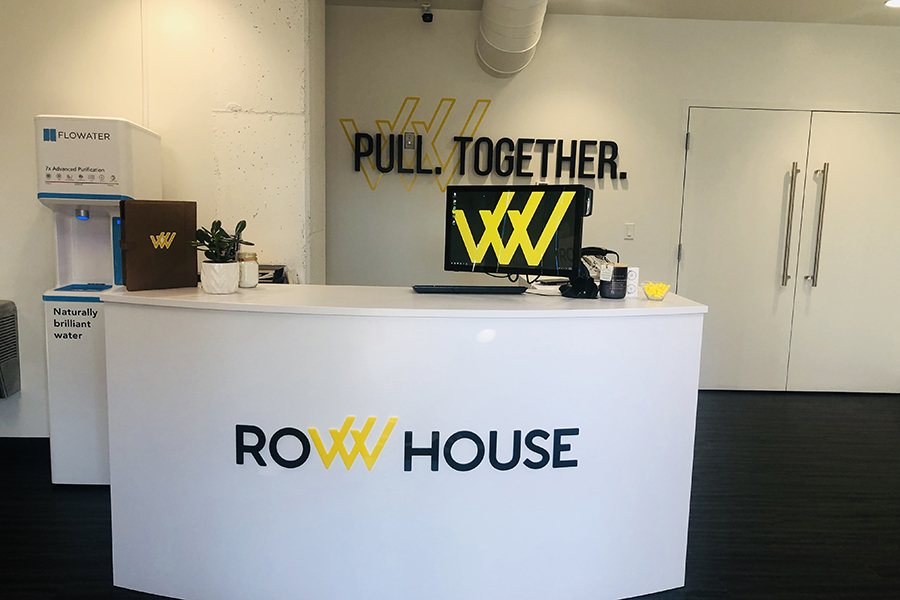 An avid runner herself, Gyee attributes rowing to improving her race times while simultaneously running less. “I started to get a lot of hip issues and decided to do a self-experiment on myself,” she says. “I began running every other day and supplementing with rowing. I found rowing kept me just as conditioned, if not more so, than running did.”

Lucky for Bostonians, Row House isn’t the only place in Boston to try indoor rowing. Touted as a rowing mecca, albeit mostly outdoors, thanks to the Head of the Charles Regatta and various prestigious university rowing programs, the city has seen an influx of indoor rowing studios in the last couple months. For something as unvarying as a rowing machine, each one offers an experience completely different.

Just a stone’s throw away from Row House, Row Republic opened in July on Washington Street. Similar to Barry’s Bootcamp, it features equal parts rowing and strength training in their studio space. And Elise Caira, owner of Sweat Fixx, continues to open new locations of her take on indoor rowing, with the fifth one opening in Amesbury on September 21.

As the Lovejoy Wharf area continues to blow up, as does the sport, I couldn’t help but ask the duo if they plan on hosting outdoor events on the plaza by the water, or with their neighbors Night Shift and Alcove, and Gyee’s face lit up. “Of course we are, our wheels are already turning.” Did someone say rows and rosé? 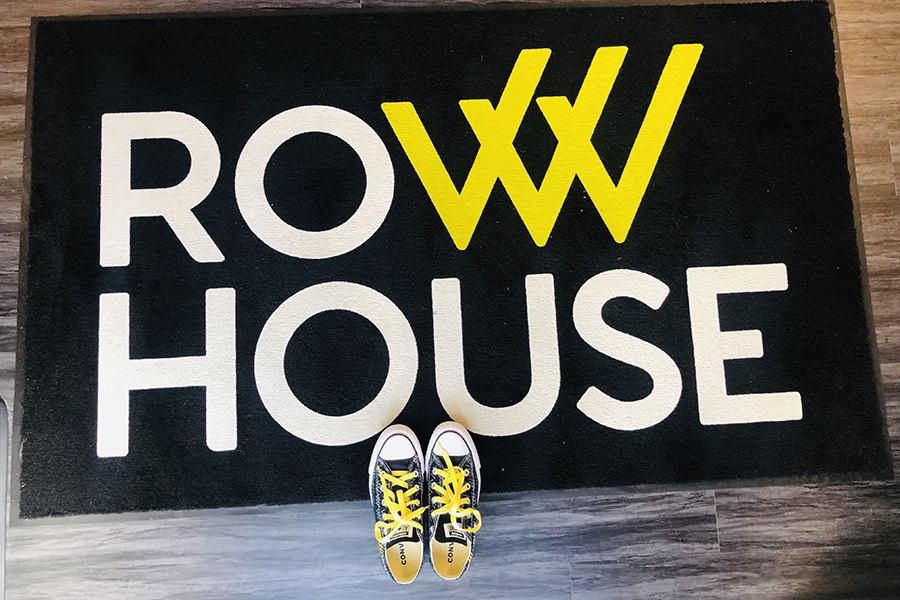