According to a national survey conducted by Dana-Farber Cancer Institute, middle- and high-school students exposed to vaping aerosols has increased by about 30 percent in the past three years. 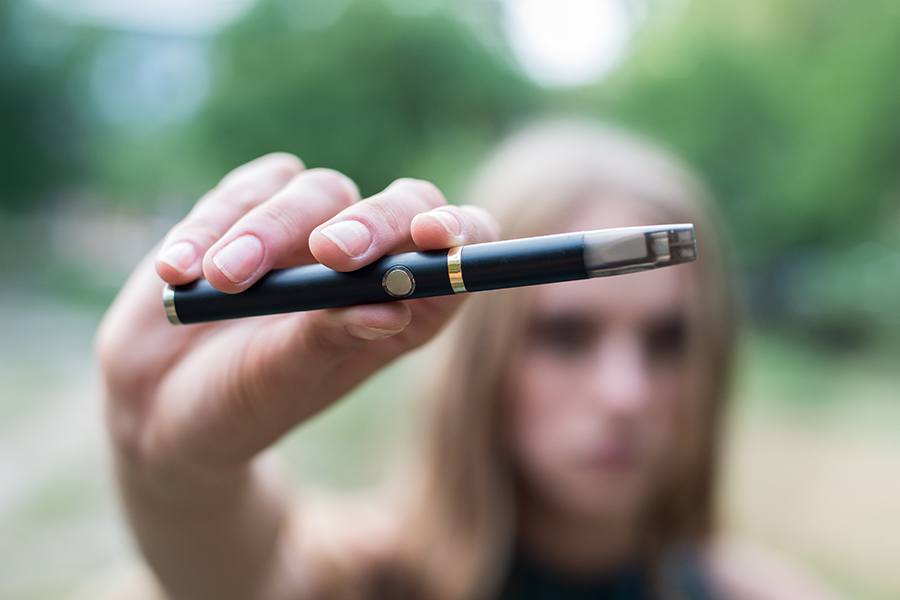 As the prevalence of e-cigarette use increases, so does the exposure of second-hand vaping aerosols—and for children and teens, it can be just as harmful as second-hand smoke.

According to a recent national survey, conducted by the Dana-Farber Cancer Institute, published in the JAMA Network Journal, between 2015 and 2017 one-third of U.S. middle- and high-school students reported exposure to second-hand e-cigarette aerosols. That’s a 30 percent increase in the past three years. The data comes from the National Youth Tobacco Survey from 2015-2018 and was conducted in schools, on a voluntary and anonymous basis, across the country.

Andy Tan, of Dana-Farber, and one of the corresponding authors of the report, said in a release that the findings are “concerning.” Fumes from e-cigarettes contain chemicals including nicotine, heavy metals, aldehydes, glycerin, and flavoring substances and they may pose a health risk to bystanders, especially vulnerable populations such as children and teens, he said.

The problem, as Boston has formerly reported, is that these devices are sometimes marketed towards young people, and are convenient and easily disguised.

In July 2018, Attorney General Maura Healey even announced an investigation of JUUL, the San Francisco vape company that is popular among teenagers, for marketing towards kids. And, more recently, the Centers for Disease Control and Prevention and the Food and Drug Administration are investigating a growing number of “severe” lung disease cases, that appear to be related to vaping.

One thing remains certain though, nicotine products are unsafe for kids, teens, and young adults, as it harms brain development and can cause addiction later in life. According to the survey, 16 states, including Massachusetts, have laws in place to restrict e-cigarette use in 100 percent smoke-free venues.