Researchers at the Boston University CTE Center quantify the severity of the debilitating brain disease, chronic traumatic encephalopathy, with the number of years played. 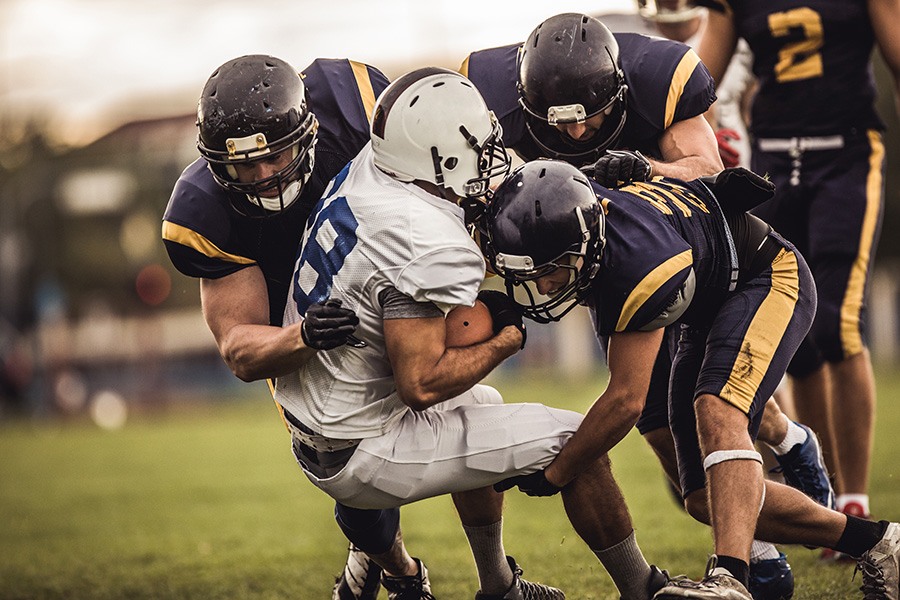 Football season is well underway, but as we gear up for the Pats game Thursday night, let’s cross our fingers that the boys avoid particularly brutal head-on collisions.

Researchers from the Boston University CTE Center, a lab dedicated to studying the degenerative brain disease called chronic traumatic encephalopathy, published findings in the Annals of Neurology on Monday reaffirming the relationship between the disease and years playing tackle football. The findings are pretty frightening, but perhaps not surprising.

We know even minor head injuries can cause CTE, but now, according to this study, we also know the risk of football players developing CTE increases by 30 percent each year the player is on the football field. And once you have it, the risks of it escalating increase by about 14 percent for each additional year played and the odds of the severity of the disease double every five years played.

The study looked at the brains of 223 football players with CTE, and 43 without, from the Veterans Affairs-Boston University-Concussion Legacy Foundation and Framingham Heart Study Brain Banks. Families of brain donors provided their loved ones’ athletic histories, and an online database was consulted for professional players.

“While we don’t yet know the absolute risk of developing CTE among American football players, we now can quantify that each year of play increases the odds of developing CTE by 30 percent,” Jesse Mez, director of the Boston University Alzheimer’s Disease Center, and lead author of the study, said in a release.

There’s hope diagnosis will come earlier. However, it is still only detectable after death—like in the case of Aaron Hernandez. The BU CTE Center is working on using a PET scan, or positron emission tomography—that helps reveal how your tissues and organs are functioning—to analyze living brains, and detect signs of the disease.

“These findings move us closer to diagnosing CTE in life,” Mez said in the release. “Which is critical for testing potential therapies and for guiding clinical care.”