On National Period Day, Boston Activists Are Rallying for Change

Join the movement on October 19 at City Hall Plaza, where all genders will gather for National Period Day. 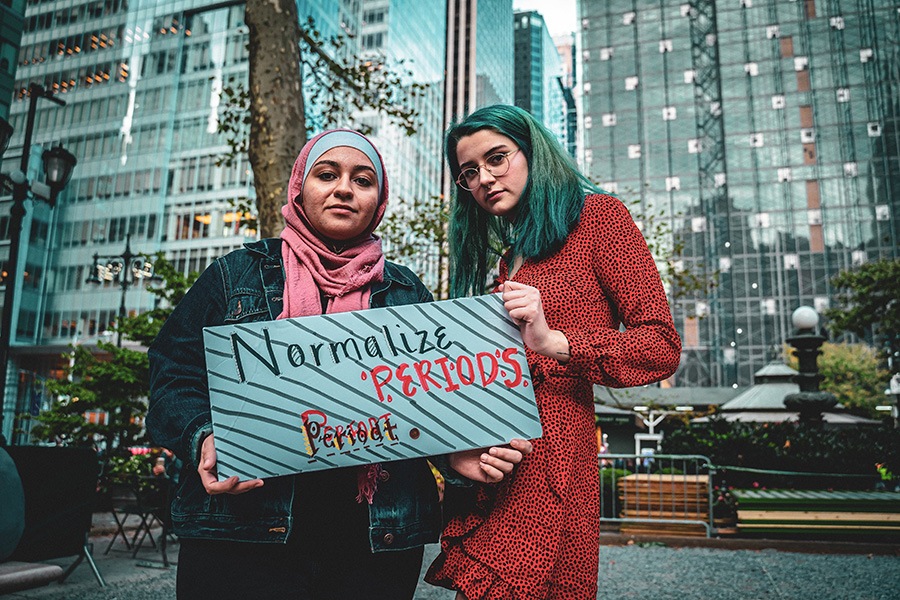 I’m sure, like most women, I will never forget the moment I got my first period.

Confusion and embarrassment mounted as I geared up to attend a swim practice I would never make it to and I spent the rest of the day feeling a little betrayed by my body, wondering how in the world I was going to live with this for the rest of my life. Sometimes I still feel that way.

Now, there are resources I had no access to. Women and, most importantly, young people everywhere, are working to change the narrative. They’re erasing the taboo that surrounds menstruating individuals, and through government legislation, pushing to make period products more accessible, affordable, and transparent.

And for the first time ever, activists are mobilizing the movement during National Period Day, which takes place tomorrow, October 19. Whether you menstruate or not, people will gather in organized rallies across the United States to elevate the issue of period poverty and to demand real change.

National Period Day is spearheaded by Period, The Menstrual Movement, a 501(c)(3) non-profit that is working to eliminate period poverty and stigma. The biggest issues they’re highlighting are the sales tax on period products that is still in place in 35 U.S. states and the taboo that exists across the world. 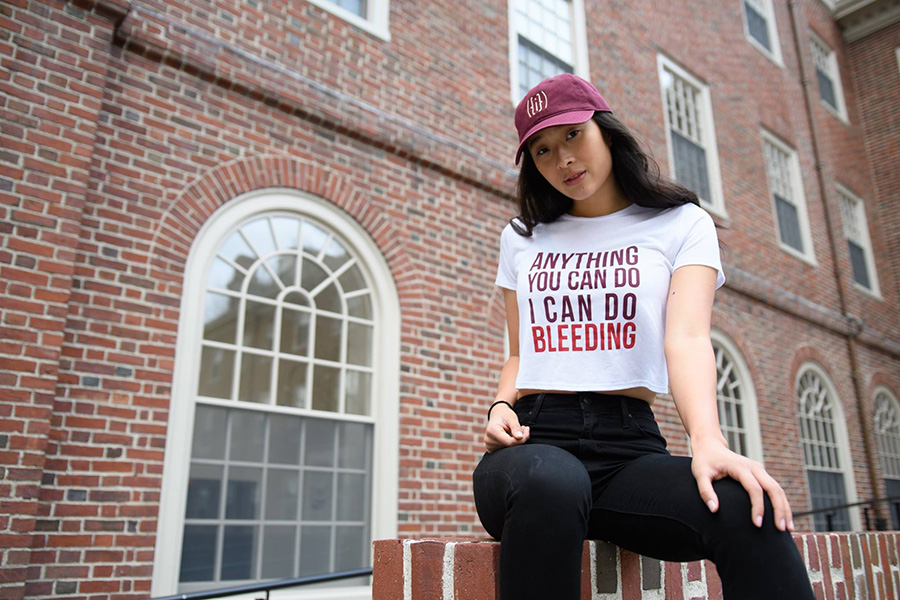 I had the opportunity to chat with Nadya Okamoto, who founded Period at the ripe age of 16, on the phone before Saturday’s event and between her unapologetic candor, dropping F-bombs left and right, and speaking a mile a minute, I could feel her passion for the subject pour through my cell phone.

“It’s been a really crazy ride,” she tells me. “I’ve been in seven cities this week, never been involved in a rally before, and now we’re starting with 55. It’s fucking insane.”

The Boston rally is projected to be the biggest, taking place at City Hall Plaza on October 19 from 3-5 p.m.

Okamoto, who is originally from Portland, Oregon and is now a 21-year-old Harvard student, saw firsthand the effects of period poverty when her family was suddenly left homeless when she was 12. She saw other homeless women using toilet paper, cardboard, and brown paper bags to deal with their periods.

“I was angry and excited to learn more and began furiously Googling everything I could about the topic,” she says. “We didn’t know what we were doing, we just took action raising money and distributing products to local shelters, and before we knew it, we had messages from other women about how to start the same thing in their community.”

Five years later, and Period is changing the way people think, learn, and communicate about menstrual health. “There’s no right way to start a non-profit or business— you just have to act,” Okamoto adds.

Fortunately, here in Massachusetts, the sales tax on period products has been eliminated and the Massachusetts Chapter of the National Organization for Women is working to pass the I AM bill. The bill, which stands for Increased Access to Menstrual products, would provide access to free menstrual products for all menstruating individuals in prisons, homeless shelters, and public schools from 6th-12th grade.

According to a survey conducted by Mass NOW, 56 percent of school nurses reported observing students missing class to obtain menstrual products and 89 percent of respondents said their school had no policy for providing menstrual products, while 25 percent of women living in homeless shelters reported that they are not provided with period products. 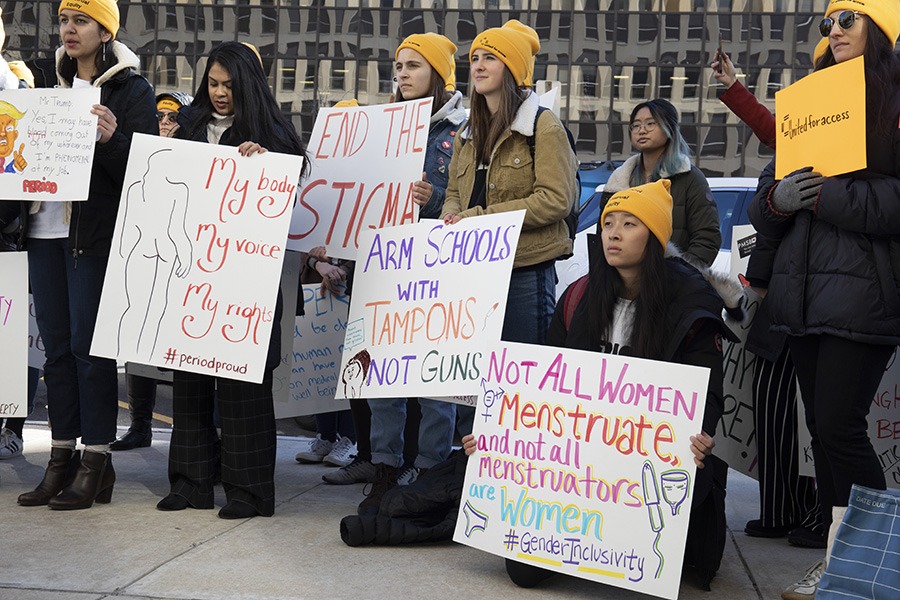 Sasha Goodfriend, president of the Massachusetts chapter of NOW, says the timing couldn’t be more perfect for the rally, which is why the organization is partnering with Period to raise visibility on both ends.

“We really do have a chance to pass this bill in Massachusetts and the impact would be immediate and wide reaching,” she tells me. “We know exactly how much this would cost and the best practices moving forward.”

The bill was filed in January and had its first hearing on September 24, which Goodfriend says was a huge success in part because of the opportunity for women to testify and show their support. “The movement is about ensuring access, but it’s really also about breaking the stigma around menstruation,” she explains. “For the first time, women across generations are able to share their stories about their periods and realize they aren’t alone, together taking collective action.”

That’s why we’re seeing more women taking action on similar fronts, like Thyme Sullivan and Denielle Finkelstein, who are creating better and safer products for women and raising awareness by dressing in tampon suits. It’s also why Okamoto says she’s inspired by her peers to keep moving forward. “Passion is not the issue,” she says.

Other companies, like Thinx period panties, are also in on the action. The company, which creates underwear that absorbs periods, is also partnering with Period for National Period Day and has also released a national television ad campaign, MENstruation, highlighting what it would look like if we all had periods—and it’s pretty powerful.