After a lifetime of strange symptoms, a patient was diagnosed with a treatable disorder by Beth Israel Deaconess' Dr. Bernard Chang. 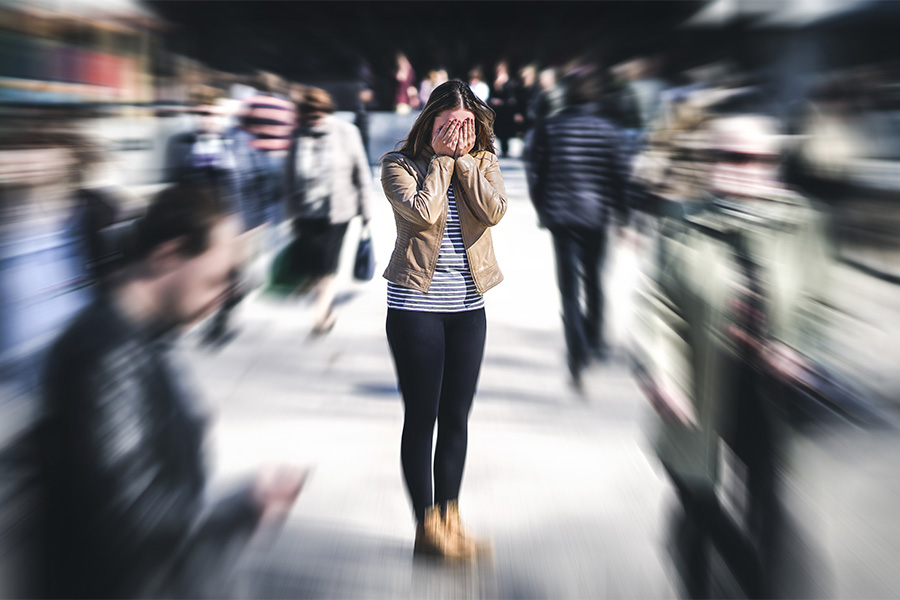 It usually happened in the dead of night: heart pounding, feelings of detachment, and a strange buzzing sensation, as if a tuning fork had been struck against her body. Lorri first noticed something was wrong as a child, although at the time she was too young to articulate exactly what she felt. When her mother took her to the pediatrician at age seven, the doctor said she was simply an anxious child—“an ulcer candidate,” Lorri recalls.

Lorri’s symptoms didn’t calm down as she grew older. The nighttime incidents continued throughout her teenage years and early adulthood, occasionally even spilling over into the light of day. Sometimes, she’d even pass out. Eventually, Lorri sought the help of a counselor, who thought she might be suffering from panic attacks. At first, therapy did help: Though it didn’t make the buzzing sensation go away, it provided Lorri with coping mechanisms such as meditation that she could use to help her push through.

Meanwhile, life went on. Lorri got married. She had two children. And she dealt with her anxiety as best she could. Until one day, a life-altering experience on an airplane changed everything. On the way back home to Cape Cod from a Florida vacation, Lorri was sleeping next to her husband when she awoke to that familiar feeling of detachment. But this time was different. “I said to my husband, ‘I think I’m going to faint.’” When she regained consciousness, everything was spinning. A nurse on the plane took her blood pressure, which was high. A nurse herself, Lorri found this unusual, given that blood pressure is typically low after someone passes out. Things only got stranger when Lorri’s husband recounted what he’d seen during the episode: his wife’s body rocking back and forth, her mouth opening and closing like she was drowning underwater. And yet, it wasn’t until Lorri told her primary-care physician what her husband had witnessed that the true root of her problem began to reveal itself. The doctor told Lorri that what she’d experienced was a seizure, and she needed to see a neurologist.

Hearing Lorri’s story for the first time, Bernard Chang, chief of the Division of Epilepsy and Clinical Neurophysiology at Beth Israel Deaconess Medical Center, had little trouble diagnosing the problem. Lorri hadn’t suffered from anxiety as a child, and she hadn’t been dealing with panic attacks for decades as an adult. She’d had temporal lobe epilepsy her entire life. Because patients with this condition typically don’t have the violent convulsions of generalized seizures, their symptoms—the anxiety, the terror, the feelings of detachment—are sometimes misdiagnosed.

The effects of the anti-seizure medication Chang prescribed, Lorri says, were “profound and immediate.” Chang, for his part, attributes the speedy resolution of the case to Lorri’s ability to advocate for herself. “There are cases of medical mysteries in which some really smart person…dug deep and found some rare diagnosis,” he says. “But this is the case in which the patient continued to tell her story and didn’t let past diagnoses hold her down.”